I tend to look at world building in horror as half technical, half psychological. We’re writing about fear at its core, trying to tap into what makes us the most afraid. But we can’t do that without knowing how to capitalize on all that adrenaline just waiting to be released. 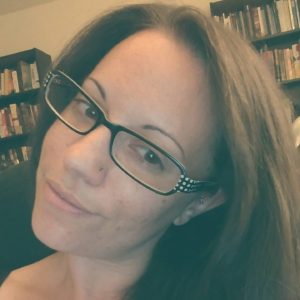 If you are new to the horror genre, or even if you are not, I hope you find these tips helpful. At the very least, maybe you’ll give Friday the 13th: The Gamea try.

BIO:  Joanna Nelius is a writer, games journalist, and teacher based out of Southern California. She’s written numerous features and reviews on horror games and currently teaches two courses at the Orange County School of the Arts, Mystery Writing and Urban Myths and Legends. Her poem “Safety Labels on Hospice Beds” was published in the recently released HWA Poetry Showcase Vol. 5. She also reads a bunch of slush for Abyss & Apex.