Halloween Haunts: Ramp Up Your Imagination with a Ghost Hunt! by Sephera Giron

With the season of the witch upon us, thoughts turn towards fantasies played in the veil between worlds. The ideas of neglected ghosts and spiteful succubus aren’t too far from our fleeting thoughts as the leaves spin in chilly fall winds. Fog shrouded evenings with drops of rain or flakes of snow inspire grim thoughts about what lies in the shadows, what peers from the top window of the house down the street, what would happen if…?

Writers spend far too much time chained to their computers and not enough time immersed in the world around them. The same old …

Hello & welcome to our next installment of our feature for Women in Horror Month!

Today we have author Sèphera Girón  sharing her thoughts on one of her inspirational women, Mary Shelley, one of our great Femme Founders.

Mary Shelley and Me 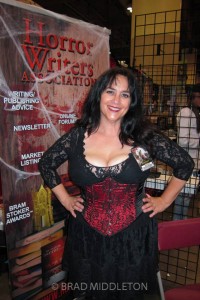 Mary Shelley will be discussed a lot during Women in Horror month on blogs around the world. Of that, I have no doubt. Many of us consider her one of the Queen Bees of the genre. There is no doubt she is responsible for some of the most recognizable icons and slang in modern culture. 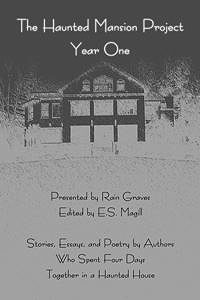 In the fall of 2010, ten horror writers met at a real haunted mansion to spend four days together. Joining them were a group of paranormal investigators who studied the house and reported their findings. This anthology is a collection of the fiction, poetry, journals, real impressions, and investigative conclusions created at or inspired by that weekend. Find out what scares horror authors: E.S. Magill, Rain Graves, Nikki Boscia, Loren Rhoads, Sephera Giron, Kim Richards, Yvonne Navarro, Weston Ochse, Christian Colvin, Dan Weidman, and S.G. Browne. Proceeds from this anthology go toward future Haunted Mansion events.

At long last, the anticipation is over. The Horror Writers Association has announced the winners of the 2008 Bram Stoker Awards at its annual Stoker Banquet held Saturday, June 13th, 2009 as part of its Stoker Weekend in Burbank, California. Nine new bronze haunted-house statuettes were handed over to the writers responsible for creating superior works of horror last year. This year’s winners are:

The Board of Trustees of the Horror Writers Association is pleased to announce that this year’s Silver Hammer Award is being awarded to Sephera Giron. The Hammer Award is given periodically to an HWA volunteer who has done a truly massive amount of work for our organization, often unsung and behind the scenes. It was instituted in 1996, and is decided by a vote of HWA’s Board of Trustees.

The award is so named because it represents the careful, steady, continuous work of building HWA’s “house” – the many institutional systems that keep the organization functioning on a day-to-day basis. …