Jamal Hodge joins us today with a reading of his poem, “The Silence of God” as a Poetry Showcase Alumni.

If you haven’t purchased your copy yet of the newest Poetry Showcase, it’s just one click away. Better yet, collect the whole series! Reviews and shares are always welcome.

JAMAL HODGE is a multi-award-winning filmmaker and writer from Queens NYC who has won over 70 awards with screenings at Tribecca Film Festival, Sundance, and the Cannes Short Film Corner. He has directed the first season of Investigation Discovery Channel’s Primal Instinct’ and has come on as a Producer on the Animated feature film ‘Pierre The Pigeon Hawk’ (starring Jennifer Hudson, and Whoopi Goldberg). He is co-directing a PBS docuseries called Southern Storytellers (2022). As a writer, Hodge is an active member of The Horror Writer’s Association and the SFPA, being nominated for a 2021 & 2022 Rhysling Award for his Poems ‘Fermi’s Spaceship’ and ‘Loving Venus’, While his poem ‘The Silence of God’ placed in the 2021 Horror Writer Association Showcase and ‘Colony’ made the 2022 Dwarf Stars. His poetry is featured in the Anthology CHIRAL MAD 5 alongside such legends as STEPHEN KING and LINDA ADDISON. His written work was featured in the historical all-black issue of Star*line Magazine (issue 43.4) SPACE AND TIME Magazine, HYBRID: Misfits, Monsters & Other Phenomena, PENUMBRIC Speculative Fiction Magazine, Savage Planets, and many others. 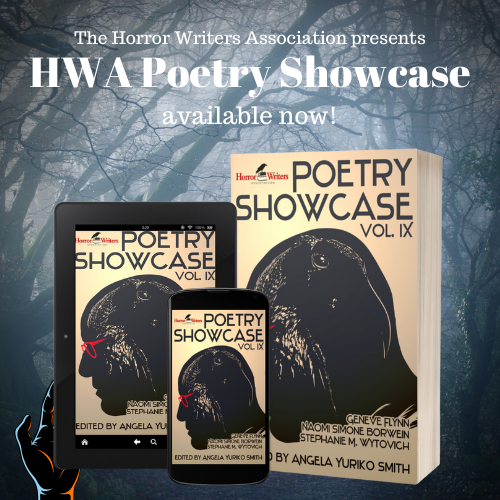