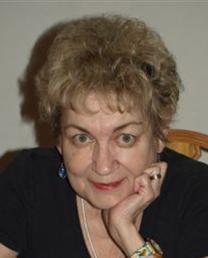 What is your role in the HWA, and for how long have you been in that role?
I ran for Trustee Board and won in 2007; at the next WHC, Rocky Wood asked me to be Chair of the Board. Early on, I served as Membership Chair for about two years.

Who were/are your biggest influences?
If you mean pro writers, I’d say Zenna Henderson, Carol Emshwiller Theodore Sturgeon, Harlan Ellison, Charles Beaumont, Flannery O’Conner, Angela Carter, and Bruce Boston. If you mean poet/writers in the past two decades, I’d say Bruce again, who has been my mentor. Currently I am influenced by the poems and prose of Sara Backer, the fiction of Brian Evenson. I realize we’re talking about Women in Horror, but this woman wouldn’t be what she is now without both excellent male and female writers’ works as influences.

Was there ever a time you felt being a woman affected your career (for better or for worse)?
Certainly! In fact, I thought I’d use my initials or a male-sounding name when I first started submitting fiction. That didn’t stick, it wasn’t me.

Do you feel women’s role in the horror genre could be improved? If so, how?
I think improvements are in the works right now! I can remember when women writers of the genre were using initials and male sounding names. I think we’ve come a long way since I was young, with many up-and-comers gaining attention and winning awards of excellence. Women in Horror month keeps improving in terms of special attractions, activities, interviews. This year, special thanks to Carina Bisset, Colleen Anderson, Angela Y. Smith (to name a few) who have gone out of their way to promote the cause!

Marge Simon lives in Ocala, FL. She edits a column for the HWA Newsletter, “Blood & Spades: Poets of the Dark Side,” and serves as Chair of the Board of Trustees. She is the second woman to be acknowledged by the SF&F Poetry Association with a Grand Master Award.

She has won three Bram Stoker Awards, Rhysling Awards for Best Long and Best Short Fiction, the Elgin, Dwarf Stars and Strange Horizons Readers’ Award. Marge’s poems and stories have appeared in Silver Blade, Bete Noire, Urban Fantasist, Daily Science Fiction, YOU, HUMAN, CHIRAL MAD 2, 3, 4 and THE BEAUTY OF DEATH 1 and 2, to name a few. She attends the ICFA annually as a guest poet/writer and is on the board of the Speculative Literary Foundation.

On a personal note, she has a daughter, Melle Tillison Broaderick, and two lovely granddaughters. Their family lives just up the street from her, thank goodness. She married a longtime friend and colleague, Bruce Boston, in 2001. Besides being a fantastic conversationalist, among other things he has taught her a great deal about writing top-notch poetry and fiction, for which she is grateful. Visit her at her Amazon Author page or on her website MargeSimon.com.