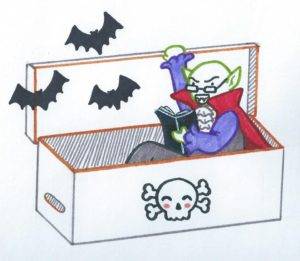 A hale and hearty salutations to all my regular readers that survived this brutal polar vortex. It’s rough weather out there, so it’s the perfect time to curl up next to a glowing crematorium furnace with a cup of cocoa and a stack of comic books. This month, we’re looking at the prolific comic legacy of horror/dark fantasy icon Clive Barker. 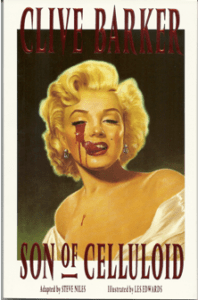 Barker’s stunning creativity and visual sensibilities are a natural fit for the comic book medium, where you are only limited by your imagination. As the creator said of the medium:

“I think the two major narrative impulses which brought me to the way I write were comics and movies, no doubt about that. I do love sensation in narrative, I do love the hook and the twist and the sudden eruptions of tone. You can move from high comedy to low comedy to black violence within a panel in a comic, and the best comics do just that, and that’s true of movies, too.”

As befitting an artist prone to experimentation, Barker first broke into the comic medium through Marvel Comic‘s short-lived Epic line. Created by publisher Jim Shooter, Epic Comics published creator-owned series that were often darker and more explicit than Marvel’s typical fare. They had licensed many of Barker’s successful properties, including Hellraiser, Night Breed, Weave World, and several short stories from The Books of Blood. Barker didn’t author the stories set in his universe, but he was given author approval. 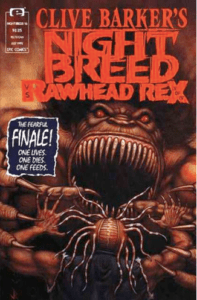 In 1993, Marvel Comics created their Razorline imprint for Clive Barker to create a series of interconnected superheroes. It published four series, Ectokid, Hokum & Hex, Saint Sinner, and Hyperkind. The imprint lasted only two years, but it was a fascinating showcase of Barker’s style and aesthetic in a superhero setting:

“I wanted to do a superhero comic, something which would be my take on what superheroes were going to be like in the ’90s … Hyperkind fell into that category. I wanted to do something that was magical and mystical in the way that Doctor Strange was and still is. Doctor Strange was one of my favourite comics from when I was a kid. So I suppose Hokum & Hex is my take on that. Ectokid, which is perhaps the second weirdest of the bunch, is a kind of dream story for the 15-year-old that’s still alive to me— the tale of an adolescent who lives in two worlds and has access to a whole other sphere of reality. And Saint Sinner is just a wild one, the series which hopefully will press the limits of what comics can do.” 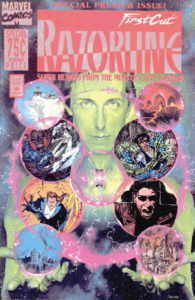 For much of the late ’90s and early 2000s, Barker hadn’t seen a lot of comic book work, though he was working in the video game industry on a fantastic first-person shooter called Undying. In 2005, IDW Comics published an adaption of Barker’s YA book The Thief of Always. Adapted by Kris Oprisko and with stunning artwork by Gabriel Hernandez, this adaption is one of the comic book interpretations of Barker’s work. 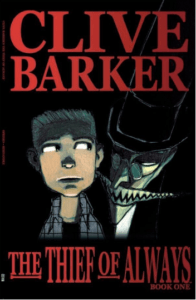 Barker’s work has seen an influx of interest lately after Boom Studios released a fantastic 20-issue Hellraiser series. Barker had his hand in this interpretation, which reunited Kirsty from the original film with the Cenobites as readers follow her on a journey to confront Pinhead himself!

Barker seems satisfied with Boom Studio’s take on his iconic creations. In a 2015 interview, he expressed pleasure at Pinhead’s later adventures:

“The [Hellraiser] comic books have been in many cases rather brilliant and actually really taken the mythology to new and interesting places, so I’m very proud of the comic books in a way that I’m not really proud of the many sequels to the movie …

“I’ve been, I’d like to say, a major part of the comic book creation, but I think that’s pretentious of me. I think in a way the comics have to tell their own tales through the people who write and paint them.”

Aside from the incredible storylines, the series was notable for its cover art by classic ’90s gothic artist Tim Bradstreet. The books are really extraordinary and a must-own for any Hellraiser enthusiast! 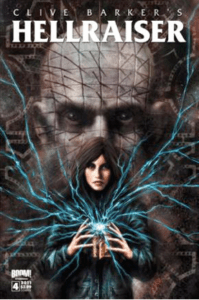 That’s it for this month’s “Entombed by My Long Boxes.” Stay spooky, be sure to open any mysterious puzzle boxes you find, and keep reading for another 30 days!