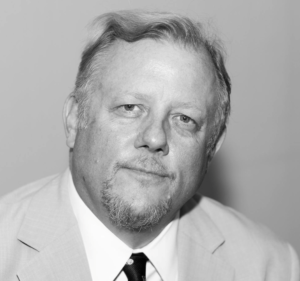 The American Library Association calls Weston Ochse “one of the major horror authors of the 21st Century.” His work has won the Bram Stoker Award, been nominated for the Pushcart Prize, and won four New Mexico-Arizona Book Awards. A writer of more than forty books in multiple genres, his Burning Sky Duology has been hailed as the best military horror of the generation. His military supernatural series SEAL Team 666 has been optioned to be a movie starring Dwayne Johnson and his military sci-fi trilogy, which starts with Grunt Life, has been praised for its PTSD-positive depiction of soldiers at peace and at war. His shorter work has appeared in DC Comics, IDW Comics, Soldier of Fortune Magazine, Weird Tales, Cemetery Dance, and peered literary journals. His franchise work includes the X-Files, Predator, Aliens, Hellboy, Clive Barker’s Midian, Joe Ledger, and V-Wars. Weston holds a Master of Fine Arts in Creative Writing and teaches at Southern New Hampshire University. He lives in Arizona with his wife, and fellow author, Yvonne Navarro and their Great Danes.

I spent a total of 37 years in the military. When I first came in I was a radio man. Do you know the guy in the Vietnam War movies standing by the commander with the big antenna who got killed first? Yeah. That was me.

I had two great duty stations on my first tour. I started in Korea because I made it part of my enlistment clause. Most people were like ‘you asked for this?’ and I was like ‘definitely.’ I was assigned to a very special unit—Nuclear Artillery. I was in Chunchon which was on the eastern side of the country and deep in the mountains. It was truly a glorious assignment and one in retrospect I should have done again.

But had I not come back to the land of the Big PX, I would have never had a son or met Sgt Silva, both who are touchstones in my life. I spent two years as part of Mechanized Infantry. I drove a tracked vehicle and was licensed to drive a tank. It was an awesome experience, but a mere stepping stone to what I was destined to become.

On my enlistment, I tested and was told I could learn any language there was. I chose Chinese and spent thirteen months at the Defense Language Institute in Monterey, California. I was to become an interrogator and become part of Military Intelligence.

Then I went to Fort Bragg where I was assigned to Psychological Operations. If you have never been to Bragg, you won’t get it, but just being there you know you are the tip of the American spear. You are constantly ready. Because I was with SOCOM, I went to more than fifty countries and was shot at more than one occasion. It was pretty glorious.

Then I was assigned back to the interrogation school where I trained young interrogators for three years before being assigned to a special mission unit in Los Angeles where I asked people questions in order to protect the country from attack (NFI).

Fast forward, I retired from the Army and was hired by the Defense Intelligence Agency to be the program manager for all human intelligence training. That means our only tool was our brain and we had a method to incorporate a particular training methodology in order to obtain information from willing and unwilling sources.

That’s a unique question. I was never in a home with a lot of fantasy and horror books. My mother was an inner-city high school English teacher (Think Dangerous Minds) and my father was a business man who was also a Shakespeare scholar. Our bookshelves were full of classics. The first ‘hero’ I read was Prester John when I was eight. Then I began seeking other tales where folks like me would go to foreign lands. In sixth grade I was sick and my mother couldn’t afford someone to take care of me so she left me at home with the 1970s paperback versions of Lord of the Rings. I think I got better by Wednesday, but amazingly my cough kept on through Friday which was long enough for me to read the books.

My universe was expanded.

Instead of doing homework in seventh grade I read Rendezvous with Rama.

Come to think of it, I believe that it was my classical foundation that made me a better author.

HA. I laugh because I was traumatized when I was second grade. You see, I was already writing bits and bits and I was asked to write a story for the Panther Press—the local school rag. Well, I wrote a seven-page story called What Became of Charlie. It was a morality tale. Charlie’s mother said not to take a short cut to school but he did and something bad happened. You would think the school would be in favor of such a story. And they might have been. But of the seven pages six were dedicated to how exactly the bear ate Charlie and the school newspaper was the first to ever be recalled by the PTA.

Imagine at seven having your writing xxxx.

It wasn’t until I turned thirty that I wrote again. Twenty three years. So, when I turned thirty I thought it was such an enormous life changing moment. I said to myself, what is it you didn’t want to do that you were doing and what haven’t you done that you wanted to do.

Well, I didn’t have a happy marriage. My wife and I weren’t ready to marry. So, I decided to get a divorce. Then I also decided to write. Not knowing how, I just took pen to paper and started.

Funny thing. I never planned on being a horror author. In fact, after I won the Bram Stoker Novel for First Horror Novel which was published in limited edition, I contacted Don D’Auria, then head of Leisure Books. I asked him if he wanted to publish my book. He said he would, but it wasn’t horror. It was Dark Fantasy. I pointed out that it did win the horror award but he palmed that and shook his head.

I think of myself as an author. Let the publishers and fans categorize me.>/p>

A huge role. Like Hemingway and Somerset Maugham, I am a victim of my own history. Both wrote about the human condition from different ends of the spectrum. They say write what you know and having been shaking in my boots in a fox hole I can get to the DNA of what it means to be human.

I could talk about Hemingway or Maugham. I could delve deep into Pat Conroy about the Lords of Discipline or The Great Santini, but those are very personal southern tales that don’t represent me. Much like Henry V is the quintessential war story, it’s fabulous, but it isn’t my story.

Colonel David Hackworth wrote a biography called About Face: The Odyssey of an American Warrior. His story is the story of the soldiers I came to admire in my time in the military. Hardnosed, razor-edged men who might be in jail but you want watching your back. He went from enlisted to officer which is similar to what I did. He had something we talk about in the business.

There’s a thing called a hall file. That’s what do you tell your best friend about someone in the hall. There’s what you say about people in public or in the room, but that’s not always the same when it comes to talking about people in private—or the hall.

For instance, there are some folks who don’t like me. They have their own reasons—whatevs. But my hall file is golden. You go to the Pentagon or DIA or CIA or SOCOM headquarters and mention my name and I am appreciated and there are plenty of stories about me. Unlike some of those people I have worked with who look good but have a horrific hall file.

Hackworth’s story could be mine. Although his tale took place during the Korean and Vietnam Wars, I understand his point of view. He was a rebel. He didn’t always follow instructions. And he didn’t care about what others thought. He knew what was right and acted on it. He had leaders he followed and wouldn’t pay heed to those who hadn’t experienced what he had.

Which is how I feel. There’s the idea of a soldier you can throw against a problem and forget about it. I come from that history. Most of my early leaders were legends whose hall files were of such substance that people’s jaws dropped. These were the sorts of folks that Lee Marvin and John Wayne made famous, except I knew them in real life.

They were who I modeled myself upon.

Terribly. We have yet to overcome the man on the water tower with a sniper rifle. In the end, we are just regular people who have been put through extreme circumstances. When I write characters for my Grunt novels or A Hole in the World or Red Unicorn I have broken souls. It is through the action of the plot that they are healed. I write PTSD positive characters and wish that more authors would write the same.