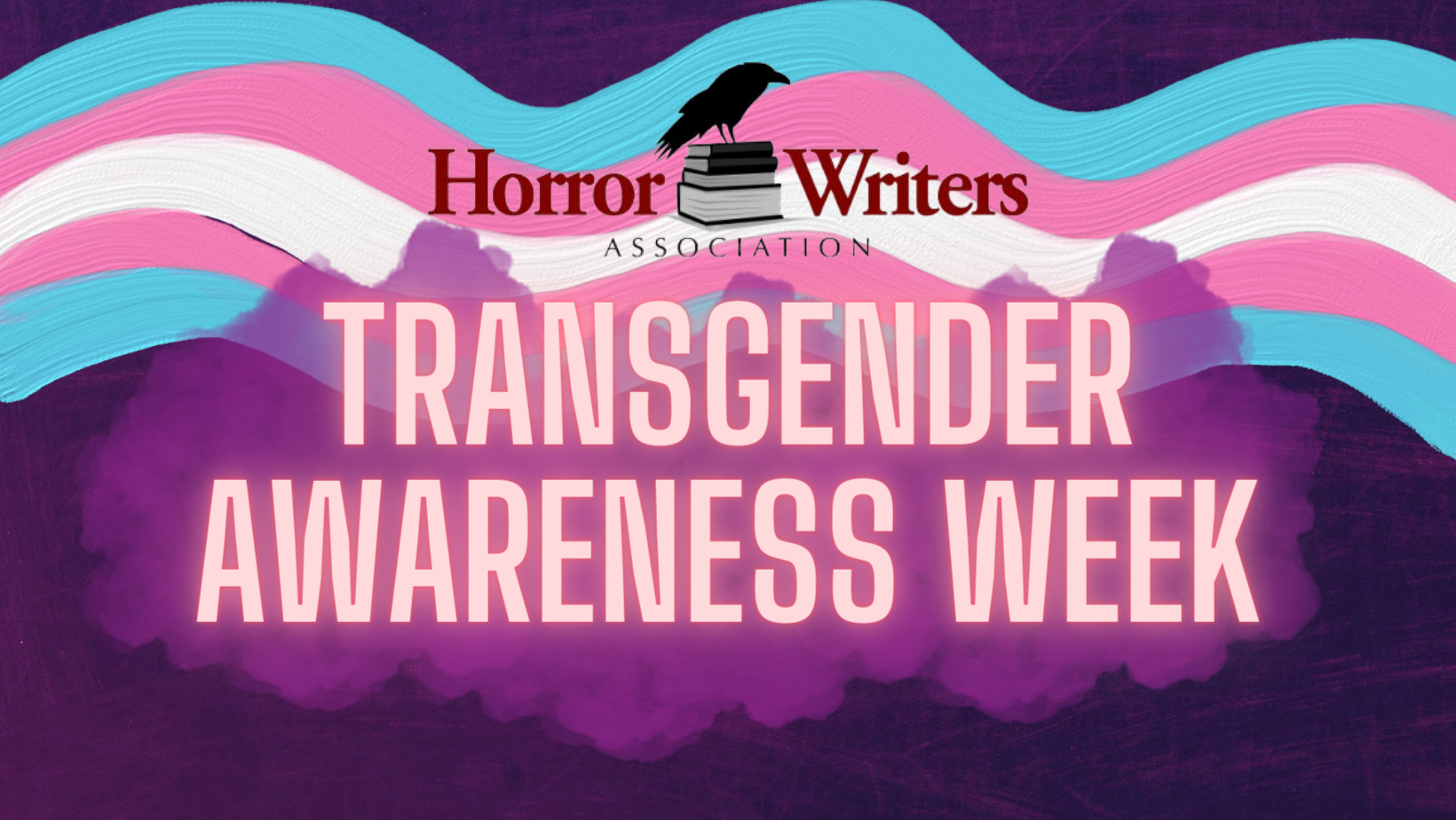 Catching Up With Grey Star of Pretty Frankenstein 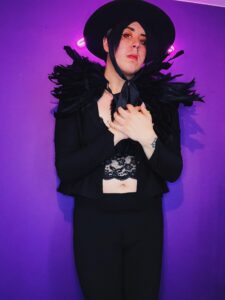 Pretty Frankenstein is a Queer alternative group from the San Francisco Bay Area/East Bay, fronted by trans activist/performer Grey Starr. Over the years they’ve performed many iconic venues like The Fillmore SF, Bottom of the Hill, Uptown, etc, and they’ve been featured on various radio stations and in publications like EBX and Spooky Little Halloween magazine! They love all things horror and bring Halloween to every show they play.

What are your thoughts on horror-related music genres (horror punk, horrorcore, death rock, death metal, psychobilly, etc?) and do you consider yourself a part of any such genres?

I grew up listening to so much goth music and watching classic b horror movies cause of my parents and surrounding family members so I was always very partial to darker sounds and visuals. And obviously, when I was a teenager I became obsessed with the Misfits and the Cramps, haha. While we as a band have many songs that could fit into any of these genres, we also have very poppy songs or even sometimes hip-hop tracks, so I wouldn’t call us psychobilly or horror punk for fear of pissing off any purists, but we do love those genres! We just like to branch out a lot so, oftentimes, I don’t know what to call us, haha.

Are there any other transgender horror authors, horror poets, or other trans songwriters and musicians in the spookier genres that you’d like to recommend to our readers?

As far as trans authors, I really need to delve into more! I started reading The drowning Girl by Caitlin R Kieran which is pretty good so far! As far as other trans artists that do spooky music, there are so many in the goth community! Moira Scar, Yama Uba and Tears for the Dying to name a few

Transgender Awareness Week is an opportunity for the transgender community and its allies to share our stories and let the world know who we are. In that spirit, is there anything you’d like to share with our readers?

Yes, I’d love to just remind folks that it’s never too late to be yourselves and that there is a reason to hold on. This world can suck and can often be cruel to people like us and while it’s easy to get wrapped up in the mistreatment of ourselves and other queer folk, there is progress awaiting. I think creativity is the best outlet for any of us. No matter what it is. Painting, writing, music, comedy, cooking, creativity can literally save us from our lowest points. It’s saved me on so many occasions and I’m so grateful to have allowed myself to share it with people

What inspired you to write Pronouns and what is the song about?

What inspired me to write Pronouns was pretty (pardon the phrase) “straight” forward. I was so tired (and still am) of being misgendered on a daily basis. It sounds like something small, but it’s not. Especially when most days I dress femme and wear a giant pin my pronouns on it. To not respect that is just rude, and ignorant and shows a complete lack of empathy towards one’s identity, thus making us feel like our efforts are invalid. So I wrote this song for anyone who’s ever felt the same way. I was so happy to work with so many trans and non-binary folks for the video too! Watching people come together for it and sing along and dance to the song was absolutely amazing and reminded me of how much I adore the queer community I’m part of

The Song “Pronouns” by Pretty Frankenstein

Grey Starr was kind enough to create a special radio edit of “Pronouns” just for the HWA blog, since we don’t allow profanity on this blog. You can hear the unedited version and see their awesome video for “Pronouns” on Youtube. 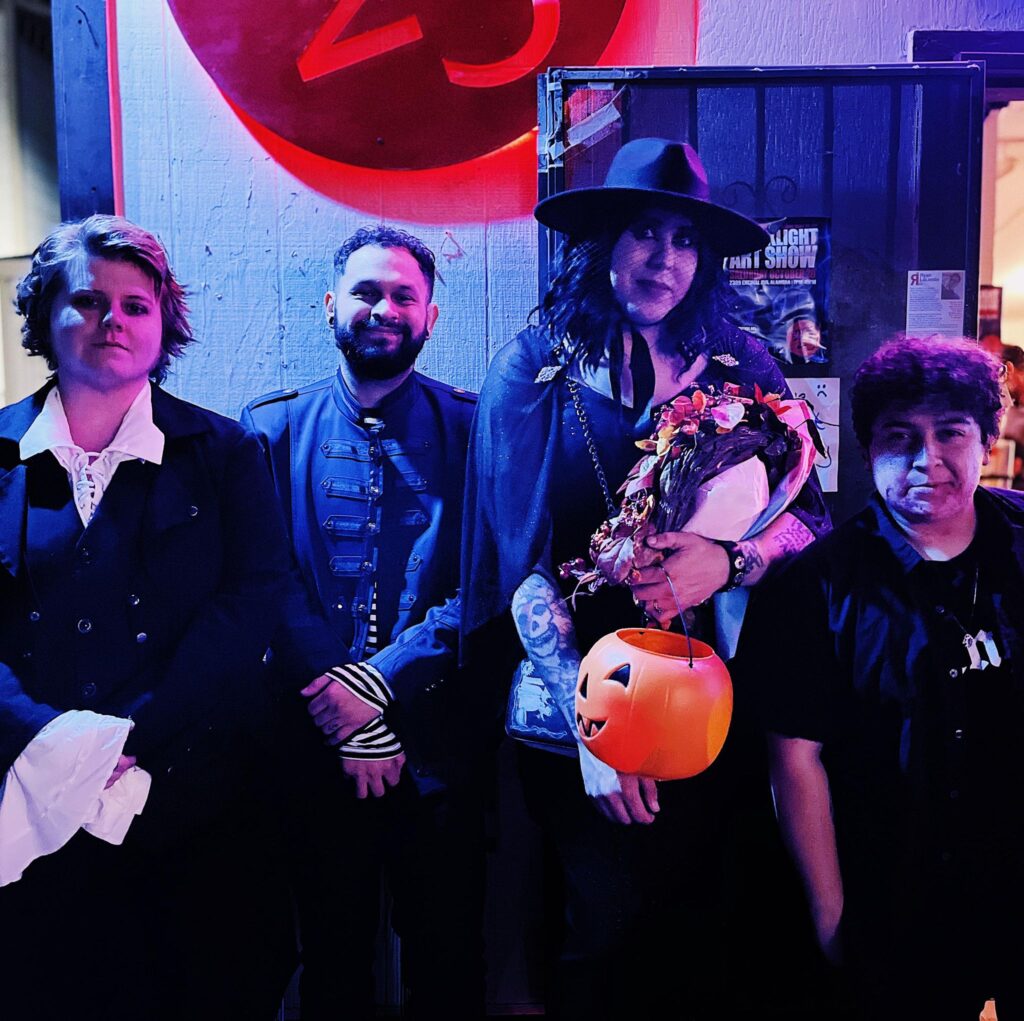