You can see any of The Seers’ Table posts since inception (March 2016) from the menu item “Diverse Works” on the top of the HWA main page. 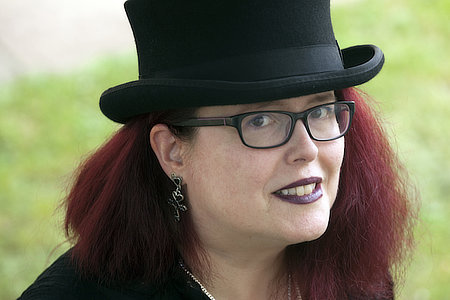 Nicole Willson lives with her husband outside of Washington, DC; this does not mean she wants to talk U.S. politics with you. She has been a frequent visitor to small coastal towns located along the Eastern seaboard but has yet to see anything truly alarming emerge from those waters, much to her disappointment. She’s hopeful that her lifelong aversion to eating fish or seafood might earn her a little mercy when the hungry ocean gods finally start coming ashore. 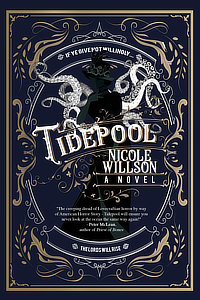 Nicole’s debut novel, Tidepool, comes out from Parliament House Press on August 3, 2021. A Spanish translation of the novel will be coming out from Dilatando Mentes Editorial in 2022.

Her story, “Christmas Every Day,” appears in Cemetery Gates Media’s Halldark Holidays anthology, edited by Gabino Iglesias (Coyote Songs). She is a regular contributor to The Weekly Knob, a prompt-based writing challenge on Medium.

A member of the HWA, Nicole has attended the Borderlands Writers Boot Camp and the Futurescapes Writers Workshop.

Tidepool looked like the kind of place where people went to die, not to live.

It didn’t help that as Henry walked, he grew increasingly uneasy. He couldn’t have said why. The town was quiet to the point of boredom. Nobody had treated him with anything other than politeness. And yet …

Tidepool feels like a small town holding its breath, waiting for something to happen—and not something good.

That’s what he’d tell Father when he returned to Baltimore. Perhaps they could truly make something of this town, but Henry had his doubts.

The only place in Tidepool still busy at six o’clock at night was Cooper’s Inn and Tavern, where Henry had taken a room. The sound of voices and the clanking of glasses and plates carried out into the street as Henry neared the inn.

He opened the tavern door and was accosted by the smells of cooking fish and a crackling fire. As he approached the bar, Balthazar Cooper, the innkeeper, gave Henry a curt nod from behind the wooden counter.

“Is it always this quiet in Tidepool, Mrs. Oliver?” He saw almost no other people out on the street.

“I suppose so. People tend not to like going out at night.”

“There are mostly silly, superstitious folk around here. They talk of ghosts. And sea monsters, if you can imagine.” She let out a chuckle that didn’t sound even the slightest bit amused.

“Sea monsters? That’s a new one.” Henry pondered that as they turned right and followed a narrower street. Could a few stories about Tidepool ghosts and monsters be used to pique visitor interest in the place? That sort of thing might attract a certain type of tourist.

Perhaps he could persuade Mrs. Oliver to share a few of those tales. He felt increasingly convinced that a possible path to developing Tidepool was to win the affections of Mrs. Oliver. She might be easier to persuade to invest in their efforts if she had a more … personal stake in the whole thing. 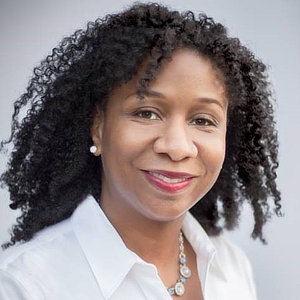 Veronica Henry was born in Brooklyn, New York, and has been a bit of a rolling stone ever since. Her work has appeared in various online publications. She is a graduate of the Viable Paradise Workshop and a member of SFWA.

Veronica is proud to be of Sierra Leonean ancestry and counts her trip home as the most important of her life. She now writes from North Carolina, where she eschews rollerballs for fountain pens and fine paper. Other untreated addictions include chocolate and cupcakes. 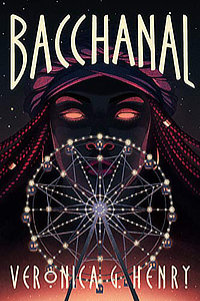 Evil lives in a traveling carnival roaming the Depression-era South. But the carnival’s newest act, a peculiar young woman with latent magical powers, may hold the key to defeating it. Her time has come.

Abandoned by her family, alone on the wrong side of the color line with little to call her own, Eliza Meeks is coming to terms with what she does have. It’s a gift for communicating with animals. To some, she’s a magical tender. To others, a she-devil. To a talent prospector, she’s a crowd-drawing oddity. And the Bacchanal Carnival is Eliza’s ticket out of the swamp trap of Baton Rouge.

Among fortune-tellers, carnies, barkers, and folks even stranger than herself, Eliza finds a new home. But the Bacchanal is no ordinary carnival. An ancient demon has a home there, too. She hides behind an iridescent disguise. She feeds on innocent souls. And she’s met her match in Eliza, who’s only beginning to understand the purpose of her own burgeoning powers.

Only then can Eliza save her friends, find her family, and fight the sway of a primordial demon preying upon the human world. Rolling across a consuming dustbowl landscape, Eliza may have found her destiny. 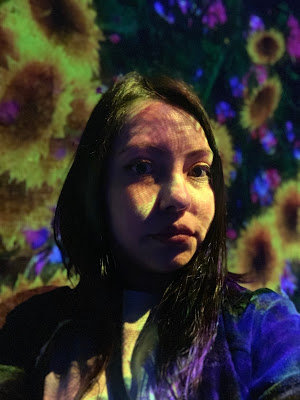 Nelly Geraldine García-Rosas is a Mexican science fiction, fantasy, and horror writer. She is now living in California with her husband. Her short stories have appeared in Clarkesworld, as well as anthologies like The Apex Book of World SF 3 and She Walks in Shadows. She is part of the Clarion West class of 2019 where she was awarded the Octavia E. Butler Memorial Scholarship by the Carl Brandon Society.

They built an underground temple. A well of Babel sinking into the gloomy ground at 175 metres of depth. They wanted, like the Biblical architects, to know the unknowable, to discover the origin, reproduce Creation.

The desire to unravel the nature of the Everything floated permanently in the controlled environment of the laboratory. Hundreds of fans and machines emitted a constant buzzing, which the investigators called the “silence of the abyss.” This, combined with the smell of burnt iron, gave the ominous sensation of finding oneself in space. Doctor Migdal lay upon a nest made of coloured cables and, with eyes closed, fantasised that his body, weightless, floated, pushed by the breeze of the ventilation.

Sometimes, he would imagine that he was being attracted by a very narrow tube, a cafeteria straw, the ink container of a pen, or a bleeding artery. His feet, near the edge of the conduit, would feel a titanic weight that would pull him and make him push through the small space. Migdal could see how he would turn into a thick strand of subatomic particles that would extend forever.