TDOR: Transphobia is a Horror Story, and It Kills 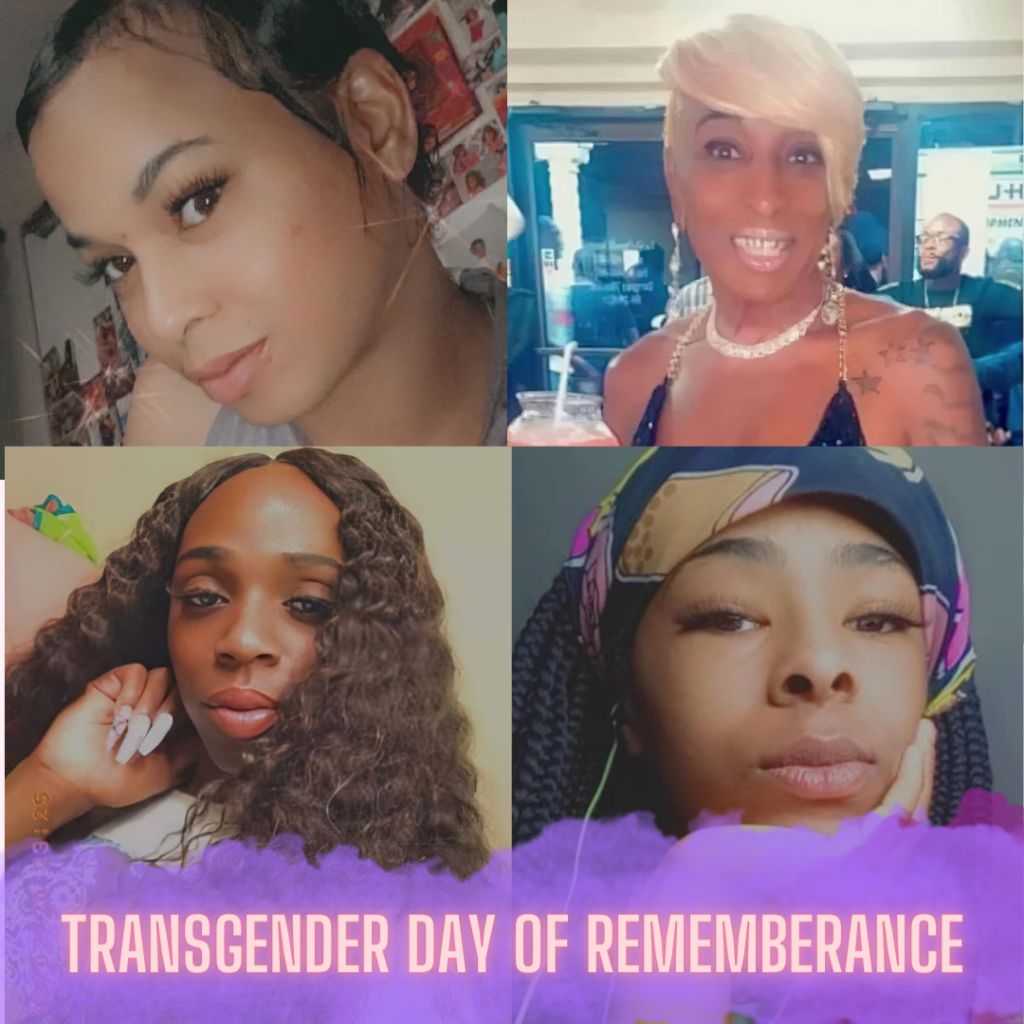 I had to think long and hard before putting together a series for Transgender Awareness Week, a week of celebration leading up to the somber occasion of Transgender Day of Remembrance the day upon which the Trangender community gathers alone or with our allies to remember those we have lost over the past year. 2021 was a record year in terms of legislative attacks on the LGBTQ community, making it simultaneously important and dangerous for those of us who are able to be out and proud to make our presence known. It also set records for specifically anti-transgender legislation.

Not everyone wanted to be specifically profiled during Trans Awareness Week. The political climate in this country, and the climate in the world of speculative fiction itself, have both been tense. There are transgender authors I would love to interview for this series but cannot because they are deeply in the closet. One author’s name had to be edited out of a list of transgender authors whose works were recommended because they’ve gone back into the closet for their own protection. And then, there’s me having to delete some random guy’s transphobic comment left on one of the series’ HWA social media.

I deeply respect and understand the reasoning of those who do not wish to be out during these harrowing times. But those who have been brave enough to raise their voices and be seen during these difficult times are letting the rest of the transgender community know they are not alone. During these difficult times, that matters more than ever. So I asked people if they would be willing to participate in a Trans Awareness Week series. I would ask them a few new questions and repost their own series. I also picked up three new people, and we ended up with three essays, and six interviews.

Because I’m a Black non-binary person, I process the horrors of Transgender Day of Remembrance both as a member of the Transgender community and as a member of the Black community. In 2019, I wrote an article for the San Francisco BayView called “Transmisogynoir: How Black Transwoman Murders Have Reached Epidemic Proportions While America Sleeps.” Early in the article, it talks about how, back in 2015, Black Lives Matter listed Trans Lives Matter as their cause for the year because the high number of Black names on the list made it a Black issue. Every year, most of the names on the list for the United States of America are Black Trans Women. Internationally, most of the names are Latina Trans Women. The annual statistics on violent crimes committed against trangender people, and especially Black and Brown trangender women, are a horror story for the trans community, a nightmare monster we stare directly in the face every November 20th, as we face down the terrifying statistics.

November 20 is an emotionally difficult day for many members of the Transgender community. Part of the way the day is commemorated is to read off or listen to someone else reading the list of transgender people who lost their lives due to violence between this November 20th and the last. Most of us here in the USA read a list of people who died in this country.

“It’s Always Been Our Stories That Saved Us,” the intro to this series, explains why this happens on this particular day, 24 years after the murder of Rita Hester. “A small group of Rita’s friends organized a vigil to remember her, to yell her name and her pronouns loud enough that hopefully the name the news used to kill her a second time might not be heard.  Gwendolyn Ann Smith attended that gathering and decided that we all deserved that, not just Rita.  On November 20th of the next year, she organized the very first Transgender Day of Remembrance.” says Emily Flummox.

As I write this article on November 18th, the list contains thirty-nine names. That does not include the eleven known suicides,.the youngest of which was fourteen-year-old Asher Garcia of Frazee, Minnesota, a Latino Transgender boy. The eighth grader was being bullied at school for being transgender and had been a victim of physical and sexual abuse as a child. 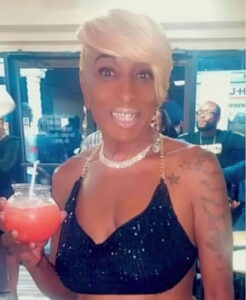 The oldest transgender person murdered was Nedra Sequence Morris, was 50 years old. She was a Black transgender woman. She was shot in the head and her body was dumped onto the street from out of a moving vehicle. Miami-Dade Police are still investigating her May 14 murder. Police are looking for a 2017 Jaguar F-PACE that left Morris’ body at the intersection of NW 32nd Avenue and NW 132nd Terrace. Those with information are urged to call Miami Dade Crime Stoppers at 305-471-TIPS and may remain anonymous.  One of her relatives said “I want to say whoever did this…you hurt the whole LGBTQ community,” according to NBC Miami. 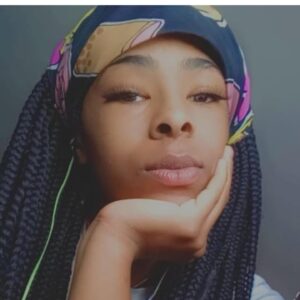 The youngest was just seventeen years old. Ariyanna Mitchell, also a Black Transgender woman, was shot and killed after intervening in a fight during a house party. The suspect in her death, Jimmy Leshawn Williams, allegedly shot Ariyanna during an argument with her friend and his girlfriend. Documents indicate that transphobia may have been a  motive for her murder, as witnesses reported that Williams asked if she was a girl or a boy, and after being told she was transgender, shot and killed her. “She always has a big smile on her face. Always had one. Always had one,” said a transgender friend of hers who was interviewed by WAVY in Hampton, Virginia, struggling to remember to talk about their friend in the past tense. The friend declined to appear on camera. Like many transgender women who are murdered, she was misgendered by police in police reports following her death. 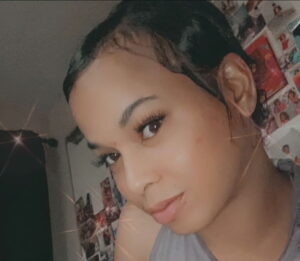 The first person who was killed between November 20, 2021 and now was Nikai David, a Black Transgender woman from Oakland, California who was a model and aspiring social media influencer. Nikai just turned thirty-three years the Saturday before she was murdered in a fatal shooting on December 3, 2021.  In a KTVU 2 report, her friend Ashlee Banks remembered her as “sweet” and a “happy, fun person.” She was a familiar face around the Oakland LGBTQ Community Center, where they honored her after her death. 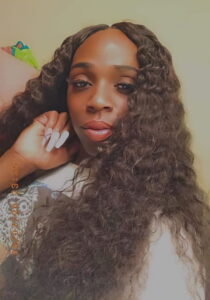 The most recent death was Tiffany Banks, a twenty-five-year-old Black Transgender woman from Miami, Florida. According to her family, she loved to dance, describing her as “a very sociable and beautiful butterfly.” She worked at L A Beauty & Aesthetics, specifically Banks Beauty Bar. Miami-Dade Police arrested and charged a man with murder in the 2nd degree with a weapon. Like Ariyanna and many others, she was misgendered in police reports and buried under her deadname (that means the names she was assigned at birth, which she no longer used), although her family did include Tiffany and a current photo in her obituary.

This year, like so many years before it, the oldest, the youngest, the first and the last person who died were Black. Another statistic from the HRC is that overwhelmingly, the cause of death is gun violence.

Some people will read off the entire International list, which as of this writing contains two hundred and seventy-two names. While here in the USA, the list skews heavily towards Black people, internationally, it skews toward Latin American deaths. At least 222 trans or gender-diverse people were murdered in Latin America from October 2021 to September 2022 according to Statisa, with 96 homicides in Brazil alone, and 56 deaths in Mexico. Because South America is the continent with the largest Black population outside of Africa, it is hard to say how many of these Latin American deaths may have been AfroLatin people.

I would like to thank those of you, both members of the Transgender community and its allies, who have joined us for this series this year. Trangender Awareness Week is a week of us lifting one another up, tha we draw strength from while facing the difficult day that is Trangender Day of Remembrance (TDOR). Some people will march and light candles on TDOR.  Some will read the names, but not tell their stories. Others will read the stories, and say the names.

Today you have shared and read the stories of four Black Transgender women: Nedra Sequence Morris, Ariyanna Mitchell, Nikai David, and Tiffany Banks, and of Asher Garcia, a Latino child. Say their names and remember them.