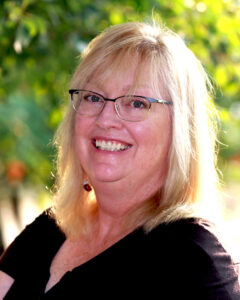 LEHUA PARKER writes speculative fiction for kids and adults, often set in her native Hawai‘i. Her award-winning and best-selling series include the Niuhi Shark Saga trilogy, Lauele Fractured Folktales, and Chicken Skin Stories, along with many other plays, poems, short stories, novels, and essays. Her short stories have appeared in Va: Stories by Women of the Moana, Bamboo Ridge, and Sharks in an Inland Sea, and her plays performed by The Honolulu Theatre for Youth.

A Kamehameha Schools graduate, Lehua is a passionate advocate of indigenous voices and authentic representation in media. She is a frequent speaker at conferences, schools, and symposiums, and mentors through the Lehua Writing Academy and PEAU Lit. When the right project wanders by, she’s also a freelance editor and story consultant.

Now living in exile in the high Rocky Mountains, during the snowy winters she dreams of the beach.

Connect with her on her website at https://www.lehuaparker.com . To find more of her stories, check out her Amazon page at  https://www.amazon.com/Lehua-Parker/e/B009SDCHA6

Writers are readers first. Eventually, I realized it was satisfying to write the kinds of books I couldn’t find in libraries or bookstores.

What is it about the horror genre that drew you to it?

Horror stories are a way to talk about overwhelming and terrifying beings or events with an element of hope—and for me, a dash of humor. My stories are about people going through the unexpected and coming out knowing more about themselves and the world.

Do you make a conscious effort to include Pacific Islander characters and themes in your writing and if so, what do you want to portray?

My Hawai¢i stories explore cultural pressures, expectations, and the moral obligations kānaka maoli (Native Hawaiians) and other islanders have to each other, to the land, to the past, and to the future. I delve into what it means to be pono (righteous) and show how the extraordinary is really part of the everyday—as all Hawaiians know. My stories resonate authentically with Hawaiian lived experiences because those perspectives are the center of the narrative—and they’re definitely not Hollywood’s version of aloha.

When I think of horror stories, I think of hope. I’m less interested in graphic gore and jump scares than I am about how people cope with the unimaginable. While the average reader may never face a monster with seven eyes and two mouths, metaphorically, humans do that every day in all walks of life. My characters often survive by discovering hidden wells of resilience, ingenuity, and determination. Vicariously going on that character’s journey helps people understand that their own inner reservoirs exist—and that garlic keeps away vampires, of course.

There’s an ongoing evolution where the being that inspires fear is eventually defanged. For example, consider the evolution of vampires from Bram Stoker to Anne Rice to Stephanie Meyer. Vampires started out as monsters to be defeated, then creatures to be understood, then beings loved and admired, and finally, something humans aspire to become. There are even cuddly Cthulhu and Mr. Nice Guy serial killer stories now. Going forward, we’ll see more of that as well as horror stories written from traditionally non-western perspectives where the goal is not to defeat or eradicate the monster/big bad, but to redirect it from harming people and learning to coexist.

No big surprise, there hasn’t been much Pacific Islander representation in horror genres—written or film. Almost all well-known examples aren’t grounded in Pacific Islander reality or culture and align with Hollywood’s western-gaze expectations. In talking with producers and publishers, it’s the lack of knowledge and understanding at the gatekeeper level—if they can’t identify authenticity, how can they greenlight it? Generally, it just doesn’t happen. Most high-profile projects are inauthentic in their representation of Polynesia because they are based on western troupes and people’s expectations.

Iʻve heard it said that there is no market for authentic Pacific stories, but I believe it’s a chicken and egg problem. If islanders never see themselves or culture accurately portrayed in media, why would they waste time and money on things that don’t resonate? At best, non-representational stories don’t touch hearts, and at worst, they offend and annoy. But if you’re a Pacific Islander who loves stories, you’ll consume whatever media’s available, regardless. And publishers and producers know this.

The good news is that awareness of the importance, value, and market for diversely authentic literature is growing. At the same time, barriers to creating, publishing, and distributing books are diminishing. Pacific Islanders eager to tell their stories are acquiring skills and experience and are beginning to publish widely. I have hope we’ll see more mainstream stories by and about Pacific Islanders in the near future.

Who are some of your favorite Pacific Islander characters in horror, and in fiction in general?

I like scrappy underdogs who rise far above expectation to triumph. But outside of Moana, Lilo and Stitch, and shows like Netflix’s Finding Ohana, none of the widely familiar AAPI characters from literature and film are actually Pacific Islander—they’re all Asian. For example, works like Everything Everywhere All at Once, Shang Chi and the Ten Rings, Red Panda, Mulan, and Kim’s Convenience, as well as characters like Data Wang from Goonies are often lumped into Asian American-Pacific Islander categories, but do not have a Pacific Islander perspective at the center of the story. Even movies featuring well-known Pacific Islanders like Dwayne “The Rock” Johnson, Jason Mamoa, and Keanu Reeves are not Pasifika stories—they’re western. It’s a real problem.

Who are some  Pacific Islander horror authors (or authors in general) you recommend our audience check out?

For contemporary horror and speculative stories, I love Lani Young. She’s written the first Samoan zombie apocalypse novel, Mata Oti, and her Telesa romance novels are full of Pacific goddesses. Another is Austin Allen’s Hawaiian cosmic horror duology that begins with The Islands at the End of the World. Other great Hawaiian speculative fiction writers include Kiana Davenport, Lois-Ann Yamanaka, Chris McKinney, and Matthew Kaopio.

Worry less about writing to market and more about writing stories that matter to you. There are stories only you can tell. Focus on those.

And to writers of Pacific Islander heritage out there who are just getting started, what advice would you give them?

The world needs your stories told in your own authentic voice. If you don’t tell your stories, someone else will, and those lies will become the world’s truth. That’s the reason people think coconut bras, cellophane grass skirts, pineapple, and tiki masks are Hawaiian—and that’s a real tragedy. Be bold. Be brave. Listen to your own inner compass—your na¢au—to find your direction. You got this.