“We find delight in the most loathsome things” –   Charles Baudelaire

‘Tis the season for all things that howl, bite and go bump in the night. Grab a pumpkin spice Latte and pull up your reading chair.   Here are a few fun, dark and tasty treats to help you get in the mood for the real most wonderful time of the year. 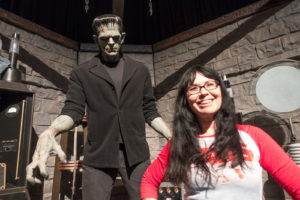