You can see any of The Seers’ Table posts since inception (March 2016) from the menu item “Diverse Works’ on the top of the HWA main page. 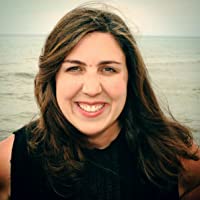 Erin A. Craig and her latest book Small Favors. New York Times-bestselling author Erin A. Craig has always loved telling stories. After getting her B.F.A. from the University of Michigan in Theatre Design and Production, she stage managed tragic operas with hunchbacks, séances, and murderous clowns, then decided she wanted to write books that were just as spooky.

An avid reader, a decent embroiderer, rabid basketball fan, and collector of typewriters, Erin makes her home in West Michigan with her husband and daughter. 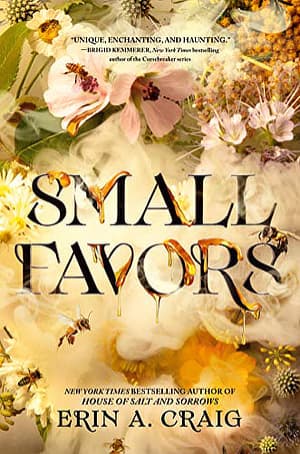 Recommended: Small Favors, a mesmerizing and chilling novel that’s The Village meets Needful Things, shows what lurks in the shadows of the people you think you know.

Ellerie Downing is waiting for something to happen. Life in isolated Amity Falls, surrounded by an impenetrable forest, has a predictable sameness. Her days are filled with tending to her family’s beehives, chasing after her sisters, and dreaming of bigger things while her twin, Samuel, is free to roam as he wishes.

Early town settlers fought off monstrous creatures in the woods, and whispers that the creatures still exist keep the Downings and their neighbors from venturing too far. When some townsfolk go missing on a trip to fetch supplies, a heavy unease settles over the Falls.

Strange activities begin to plague the town, and, as the seasons change, it’s clear that something is terribly wrong. The creatures are real, and they’re offering to fulfill the residents’ deepest desires, however grand, for just a small favor. These seemingly trifling demands, however, hide sinister intentions. Soon Ellerie finds herself in a race against time to stop Amity Falls, her family, and the boy she loves from going up in flames.

Craig can be found at her Web site: http://www.erinacraig.com/. 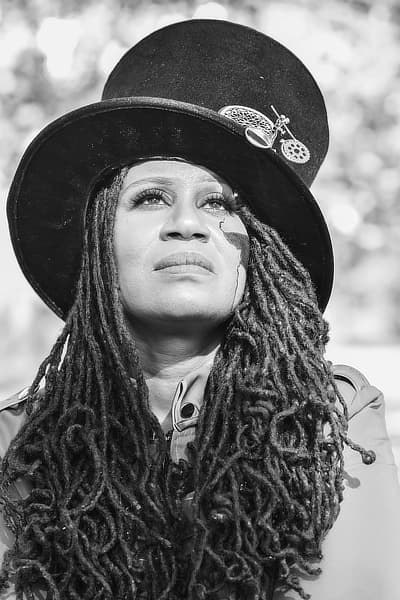 B. Sharise Moore is a New Jersey native and graduate of Rutgers University. Moore’s poems and short stories have appeared in several anthologies and journals such as Chosen Realities: Summer 2020, These Bewitching Bonds, and Fantasy Magazine.

At present, she is a writer/educator, curriculum designer, the host of “Moore Books with B. Sharise” on YouTube, and the Poetry Editor for Fiyah Magazine of Black Speculative Fiction. She lives in Baltimore, MD with her husband and precocious young son.

… Brenda watched in silence as Dr. Djinn inspected her latest invention in the palm of her hand. No more than two inches in length, the contraption had a steel outer shell with a slender glass barrel inside. Minuscule wires looped around the bottom and an inch-long syringe poked from its end. Tiny copper buttons covered the barrel’s side. Brenda cracked her knuckles behind her back.

“Never seen anything like it,” Dr. Djinn said under her breath. “What’s it made of?”

Dr. Djinn looked in the direction of a tall man at her side with ink-black skin. He responded with a stiff nod. She turned back to Brenda. “Demonstrate.”

Brenda took the contraption out of the magician’s palm. “It’s a siphoning mechanism.” Her eyes settled on a jar dangling from the man’s belt. Now and again, its contents would bubble and flash as if possessed by some unseen force. She motioned toward it. “May I use the jar?”

Gasps and chatter tore through the gathering. The man’s eyes grew wide. “Only a Taint—someone with magic blood, can properly handle the contents of a Soul Jar—”

“This is an ingenuity competition, Professor Blue.” Dr. Djinn rubbed her palms together. “If anything goes wrong, we can deal with it. Let’s see what she can do.”

The Professor stared at Dr. Djinn through narrowed eyes. “Very well.” He threw her a side-long glance. “But we must protect our potential Scholars at all costs. We both know what’s inside that Jar.” His West Indian lilt floated through the heavy Charleston air as he lifted the clasp on his belt.

Brenda watched as he sat it on the table in front of her. The audience crept forward, tightening around them.

With the utmost care, she balanced her invention between her thumb and index finger and pressed one of the buttons on its side. A tiny blue flame emanated from the syringe, gradually penetrating the glass. The Jar rattled and screeched. Out of the corner of her eye, Brenda could see Professor Blue reaching for it as Dr. Djinn blocked his efforts.

After the syringe cleanly broke through the glass, Brenda pushed another button. Instantly, the mucous-like substance from the Soul Jar filled the glass barrel. With a subtle click, the syringe retracted and the tiny opening in the Jar closed like a healed wound. Brenda reached for the glass barrel, now filled with demonic fluid.

“The barrel is heat and cold resistant. You can use it to inject or draw out poison or any substance you’d like.” She held the barrel up high. “I call it a Fire Needle.”

Resounding applause and whistles rippled through the crowd as Brenda replaced the barrel inside the Fire Needle with a click, injected the goo back into the Soul Jar, and pushed it toward the Professor.

Blue reattached it to his belt loop and gave her a small smile. “Impressive.”

Dr. Djinn raised an arm up high, silencing the chatter.

“Thank you all for your inventions. Each of you has mesmerized, inspired, and surprised me this afternoon. After a one-hour intermission, I will announce the winner of the Juvenile Ingenuity Competition and our second Odd Scholarship.”

Isabel Yap is a Hugo, Locus, and BFSA nominated and Bram Stoker Award® long-listed Filipino writer of speculative fiction and poetry. Her short work has appeared in Strange Horizons, Uncanny, Apex, Shimmer, and Lightspeed, among other journals as well as in numerous anthologies. Her debut short story collection, Never Have I Ever, is out now from Small Beer Press. 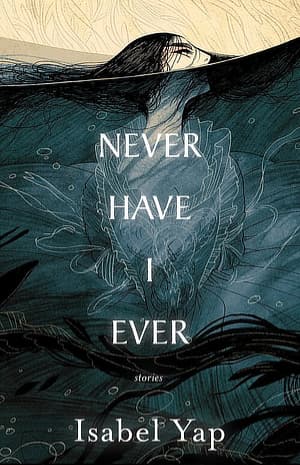 Praise for Never Have I Ever:

“Never have I ever realized how much I’ve been waiting for this book. Full of magic and mystery, monsters, and miracles, everything a reader could need during these troubling times. I just wish I could read it for the first time all over again.” — Karen Joy Fowler, author of We Are All Completely Beside Ourselves

“I am full of admiration for Isabel Yap. Her dreams are authentic and her nightmares vivid and inventive.” — Priya Sharma, author of All the Fabulous Beasts

Recommended Reading from “Good Girls” in Never Have I Ever:

Music pulses loudly from a club. The high school girls totter out on four-inch heels, standing awkwardly on the carpet to avoid the potholed road. One of them is holding a phone to her ear. A car comes up; a maid hops out of the front seat and opens the door for the girls, and they climb in, unsteady from lack of practice or too many vodka Sprites. You think about dancing, about what it’s like to occupy the skin of a beautiful party girl, something you can do with ease—slipping into a bar with confidence, slipping out with someone’s fingers twined in yours, ready to point at the stars and laugh, then lean in close for a kiss.

They can never smell the blood and sputum underneath the liquor in your breath. Humans make up wonderfully intricate rituals, pretend to have such control—but they easily devolve into animal longing, just heartbeats flaring in their cage of skin and bones.

Augustina Bazterrica is a writer from Argentina using both the short story and novel mediums to induce thought. Her first novel, Killing the Girl (Matar a la Nina), was published in 2013 and lauded as a comical take on heaven and hell and its origins, favorably compared to Alice in Wonderland with a dark bent. When the inhabitants decide to attempt escape through murder, light becomes dark and vice versa, making it hard to know which option is the right one. 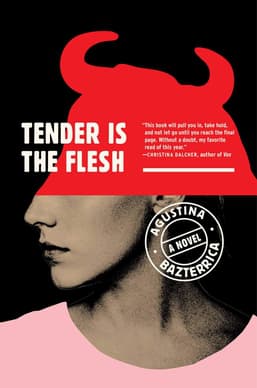 2017’s Tender is the Flesh was a disgusting delight to devour as again Bazterrica turns right and wrong upside down. What a wonderful take on society’s ability to play ostrich! This novel explores humanity’s biggest taboo—cannibalism and uses it to show how anything can be stomached. Pun intended. The story starts with a melancholy protagonist who laments the old ways, when animals were not outlawed due to a deadly virus, and people didn’t eat each other. Bazterrica makes you believe that a cannibalistic society is wholly plausible and just like that, you’re engrossed in the story. I’m not the only one who felt that way, as the novel was awarded the prestigious 2017 Clavin Novela Prize for Argentinian literary achievement. I cannot wait for the next offering from Augustina Bazterrica.

Recommended Reading: Tender is the Flesh, published in English translation by Pushkin Press Limited in 2020 (Originally published 2017 in Argentina by Alfaguara as Cadavar Exquisito).

“So what did you think? Who wants to give it a try?” he says.

The shorter man steps forward and says, “I do.”

Sergio laughs loudly and says, “Not so fast, man, it’ll be a while before you’re doing that.” The man looks disappointed.

“Let me explain a few things to you. If you strike them dead, you’ve gone and ruined the meat. And if you don’t knock them unconscious and they’re alive when they go to slaughter, you’ve also ruined the meat. Got that?” He gives the man a hug and shakes him a little, laughing. “Kids today, Tejo. They want to take on the world and don’t even know how to walk.” All of them laugh, except for the shorter applicant. Sergio explains that beginners use a captive bolt pistol and are training to use the club. He’s been here for six months.” Sergio finishes off by saying, “The club is only for those who know what they’re doing.”

The taller man asks Sergio what he said to the meat, why he spoke to it. Meat, he thinks with surprise while they wait for Sergio’s answer, and wonders why the man called the stunned female that, and not a head, or a product. Then Sergio says that every stunner has his secret when it comes to calming down the head. He says that every new stunner has to find his own method.

“Why don’t they scream?” the man asks.

He doesn’t want to answer, he wants to be somewhere else, but he’s there. Sergio is the one who says something:

“They don’t have vocal cords.”

The shorter applicant climbs up the steps and looks into the box room again. He puts his hands up against the window. There’s eagerness in his gaze. There’s impatience in it.

He thinks this man is dangerous. Someone who wants to assassinate that badly is someone who’s unstable, who won’t take to the routine of killing, to the automatic and dispassionate act of slaughtering humans.