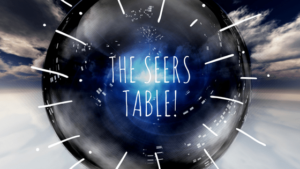 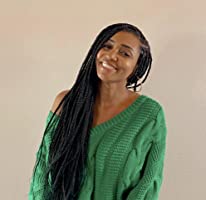 She is the owner of a novel-writing software, Simply Stylus, and she teaches an online beginner writing course titled, “Simply Writing: An Aspiring Author’s Guide to Developing A Solid Writing Process and FINALLY Writing Their Novel.”

Recommended Reading: To the Moon and Back is the third installment in the Black Water Tales psychological horror series, released January 2021: 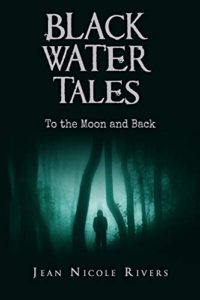 “You should be resting, not working.” Mack caressed his wife’s stomach.

“I have a whole month and a half to go and sitting at a computer is hardly strenuous. Besides, the money is good for this project, and I need the insurance for now. Honestly, this is everything we’ve always wanted—to get away from the city, to have our own business, room for the girls to run—only difference is it just kind of happened instead of us planning it,” Simone said.

“It just happened so fast, and you hate the house—”

“Whoa! I don’t hate my house.” She was offended despite the dimensions of accuracy.

“Simone, you hate coming here when we have to do maintenance and repairs on the place. You make sure we leave Black Water almost as soon as we arrive, and you never want to stay in the house.”

“Mack, my entire family was killed in that house.” Simone’s whisper took on a shrieking quality.

“Here.” Mack redirected her attention to a familiar highway sign. 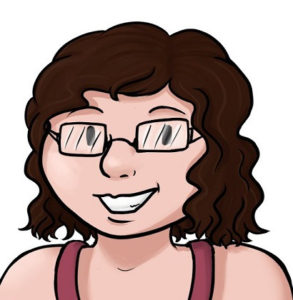 S.H. Cooper is a Florida-based writer, which is really all you need to know about why horror might be her genre of choice. It’s speculated she might have some relation to Florida Man, but so far she’s remained tight-lipped on the subject. Her upcoming gothic horror novella, Inheriting Her Ghosts, is her sixth book and combines three of her favorite things: dogs, ghosts, and a remote mansion to run dramatically through whilst holding aloft a candelabra. While she’s not British, she did visit the UK once years ago, which is almost the same thing, so writing a Victorian-era story set in the English countryside was an obvious choice. 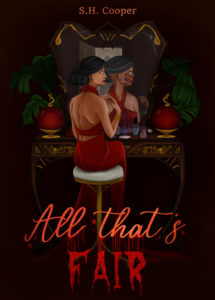 All That’s Fair is a collection of twenty-two short horror stories “themed around women” by S.H. Cooper and was published in August 2020:

“A maiden looking for love in all the wrong places.

A mother in an endless search for missing children.

A crone whose passing is marked by the tinkling of tiny bells.“

The opening story is The Limping Woman. Excerpt:

“You hear the uneven footsteps first.

That’s how you know she’s behind you. The heel on her left shoe is broken off, and she drags it across the ground with every step, a sharp contrast to the steady click of her still-intact pump.

That’s when she gets you. Don’t run. She still gets you, but this time, she’s going to make it hurt. At least, that’s the rumor, anyway. Every small town has at least one; a local urban legend that everyone knows and swears is true because their sister’s best friend’s cousin’s neighbor’s grandson knew a fella who actually encountered it!” 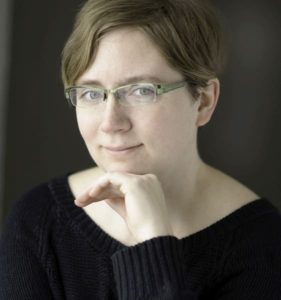 Carrie Laben writes for us. She is a New York native that loves birds … and also writes dark fiction. Although she did venture westward to Montana to obtain her MFA at University of Montana in Missoula, she moved back afterwards to continue regaling us with exceptionally weird tales. Winning essay contests since 1997, Laben has attained a number of accolades, including a 2008 Shirley Jackson nomination for the Short Story division, and a Duke University Essay Prize. She won the Shirley Award in 2016 for “Postcards from Natalie.” Published by The Dark in its February 2016 issue, this was a chilling story about losing a loved one, something so many of us can relate to—and mutating it into a ghost story that questions the protagonist’s sanity. She became a MacDowell fellowship in 2018 and was a resident at the Brush Creek Foundation for the Arts. Her interests range from birding to the environment, and we are lucky they also include the unnatural.

Her debut novel, A Hawk in the Woods, is another sister/sister story that throws gut punches throughout with laconic laziness like a prizefighter toying with a novice. The protagonist is a reporter who receives bad news at the doctor’s office, and decides to force a family reunion of sorts. The way  Laben equates a cancer diagnosis with breaking her sister out of jail is so unremarkable, you almost believe it’s a reasonable response. Then the cavern of belief gets deeper until the rabbit hole of this book becomes the whole universe. A tale of family dysfunction unlike any other, Laben’s debut novel is a dark scary treat you don’t want to go without.

She is currently at work on her second book.

Excerpt from A Hawk in the Woods published in 2019 by Word Horde: 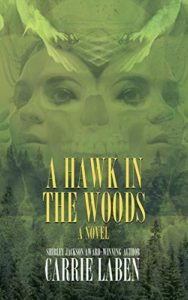 Since Mom died, Abby had paid their old neighbor James Bonetrager—the man who owned the ducks—to come by the house every so often and keep everything in order, plus extra in winter to get the leaves out of the gutter before it snowed and see to it that the pipes weren’t allowed to freeze. So it wasn’t a decrepit house. What was wrong with it went much deeper than that.

It had the appropriate setting, well back from the road and shadowed by ancient pines on the western side so that it got twilight before anyone else. It had enough heft to be menacing. It had the original gingerbread trim on the upstairs windows, gray and chipped by time until the patterns were mere suggestive whispers. It had blackberry canes growing thick and feral around the front porch and wild roses outlining where the fence used to be in the back. Further back, it had the foundation of a collapsed burnt-out Civil War-era barn. And, of course, it had a claim to a notorious—brutal was the word the prosecutor and the reporters had always used—murder.

But there were gothic old farmhouses all over Western New York. Murders, too, There were houses with reputations as haunted, houses that carloads of kids drove past hooting for Satan on midnights when they were full of booze and courage and boredom, houses that the network would send Abby to stand outside on Halloween if there happened to be no actual news to cover, back when she was just a local news girl.

You can find Carrie Laben’s work on Amazon and on her Web site. 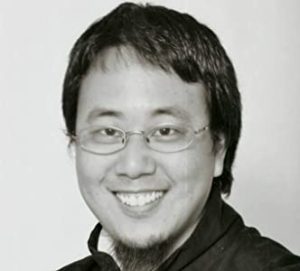 Paul Loh is the author of The Nocent, Part 2: Advent of the Scathing and The Greater Number. He is also the editor for the Possessions anthology of short horror stories. He has also appeared in two movies: AMBUSH AT DARK CANYON and HOT BATH AN’ A STIFF DRINK 2. He has appeared on stages all over Tucson, Arizona performing stand-up comedy and improv comedy in the Peanut Gallery troupe. He has also written and recorded nearly 100 songs over the span of two decades for several different bands. His short story from the Possessions anthology is being turned into a movie. He is currently attending college as a Music major. In the past, he was a Sonar Tech on submarines in the U.S. Navy. 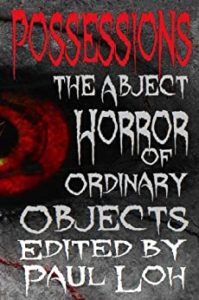 From his novel, The Nocent:

I can already feel the familiar pull, urging me closer into that all-encompassing tangible gelid darkness. I turn my back to it now because that is what I always did. The pulling starts as a tingling in my stomach. I squeeze my eyes shut. My hands desperately grab onto my bed’s frame in a futile attempt at resistance. The icy invisible hands are far stronger than I can ever hope to become. Just once, can’t I win? No. The hungry closet drags me in and the door slides shut. Those cruel hands which can see in a place with no visibility afforded to me, grasp at my helpless form as that guttural old, familiar, evil laughter starts up again. I keep my eyes squeezed shut even though I can’t see a damn thing anyway. When the hell do I ever get to escape this nightmare?