The leaves are crisped and sere with a harvest moon brilliantly glowing. Goblins, ghouls, and ghosts trek chilled, fog-filled streets to trick or treat. And the living and undead dare the decrepit crypt and the haunted house to test their nerve on this unholiest of magical and macabre nights—Halloween!

Happy Halloween HWA family! We want to share with you fiends and friends this horrific poem in tune with the terrifying season.

Being a child of Poe, Machen, Lovecraft, King, Anne Rice, and Matheson, we channeled our inner madness on Christmas Eve 2019. In a desolate location on the Red Sea, we created this nightmarish dream of a fateful encounter with a bird of lore. Imagine violent storms, incomprehensible loss, and all manner of the unknown meeting a cackling fiend in the dark just over your head.

Upon completing this hallowed work, we strongly feel, even now, that we have unleashed something to conjure up possibly the ghost of Edgar Allan Poe. With our spectral fiend in his inaugural HWA Halloween Haunts flight of fancy we present the “The Owl”.

We hope it brings the same level of growing terror, dread, and madness to you as it did to us encountering that vile creature…alone…in the dark. –JL

Once long ago as midnight was creeping, I contemplating, powerless half sleeping,

Falling upon ominous trail of most obscure and dismal accord—

Above misted Cypress limb a cackling, cackling at my cold shore

“It is wind most foul” I whispered, “rustling this tree with its howl—

Nothing of course to fear I implore.”

Dreadfully I recall with disdained distemper the cold misted December;

Anticipating Heavenly lights of angels;–in vanity I raged in Hellish angst and anguish

Without body, without soul at darkened Eternity’s door.

Shimmering with sadness, speculative manifestations of madness with each shadow on the bough

Filled me with exhilaration—palpable dread that crevassed never before;

“It is wind most foul twisting, screeching ever to howl—

Possibly some wayward creature in refuge above my watered shore—

Currently my phantom caught fire; no hesitation I inquired,

“Anyone” was my retort, “Heart fully lay away my concerns with report;

Apologies for intrusion as storm has created our dark collusion and brought your rustle,

In so vainly my attempt to warm my predicament you tussled, tussled this tree of lore,

Focused to flame in my shame I not heard you”—I raised torch to red tree of lore;–

Blankets of moss shadows and nothing more.

Misted darkness I peered with fear foreboding, eternity counted minutes of my loathing,

Swaying, creaking broken silence with Nature speaking, but there lay between stillness peaking,

No longer lay I in jest as in earnest I whispered a spectral test, “Katina?”

A simple scream and nothing more.

Drawn closer to the fire burning, something wretched in me churning,

Churning and burning my soul when a louder tussle overhead left me with little dread.

“Certainly,” I spoke, “certainly this tussle, this rustle is something just above my head;

I endeavor to discover, to see with blinded cover through misted corridors–

Paused in most curious reflection of this mysterious detection I must explore;–

‘Surely screech of wind and nothing more!”

Torch pushed up in diligence, then, we saw in mist piercing, fiery eyes of penance,

In stooped and turned low, a wise owl of the Arthurian age–misted Avalon, peering below;

Stately stoic may be said of thee; wisest of the wise may he be;

However, creature of gentile grace or queen of ancient place, perched above my swamp shore—

Perched upon Great Pan’s limbs just above my swamp shore—

Perched, twisted head, and stared as the dead to distant Stygian moors.

Silver strigiform had sought to frighten but in my disposition my heart he had lightened,

“Wisdom and strategy you harken to Athena’s Acropolis did you embark from,” I jest, “why such tempered scowl,

Give me your name bird of Minerva with sharpened talons on this nightmarish shore! ”

Cackled the Owl “Katina” across shore.

Wondrous dark marvel was I sent from this verbal precedence,

However the Owl, shrouded on his oaken throne, cackled defiantly

A single word, his hint of soul from that cold gaze with those eyes afire and ablaze.

With revered whisper I muttered “Cackle and leave this shore—

As the day’s light be upon us depart as my Joy leaves this shore.

Aghast at our silence disturbed with cacophony by this bird,

“Indubitably this is folly,” grimaced I, “its cackle wasted and worn

However the Owl whilst hovered happily brought grin I discovered,

My velvet jacket I placed beneath his tree of red, shrouded in mossy thread;

Forward, I sat transfixed in grace, pondering this creature’s place

Universe after universe grasping, linking what this fiend was thinking, dreaming, clasping—

Assumption, deduction I made in guessing, no word for expressing

Toward the feathered phantom whose flamed eyes smoldered forevermore;

Shivering on the jacket’s velvet lining that fire raged to open storm,

On I deduced, this Sulphur fragrant fog perfused from dimensions unseen

Carried by carrion Wraiths winding and weaving the canopy and swamp place.

“Devil of darkness,” I exclaimed, “thy Nemesis commanded forth—ravaging banshee sent forth

Repose—repose and anesthetize my mind, my eyes from memories of Katina at Death’s door;

Drink, please drink this merciful anesthetic and forget the memory of cold Katina at Death’s door!”

Were you Legion sent, or legionnaire lost trekking this dismal dark shore,

Desert wanderer who even pharaoh called foe, in his fiery lands long before Poe—

Commence the cacophony—cure of my ills—begging of thee, say her name once more!”

Cackled the Owl “Katina” across the cold shore.

Mercy on such a sorrowful soul, a heart devoid Life—blackest hole,

Grasp the affectionate and ardent angel Katina away from this chilled shore.”

Storms of Apollo strike thee back to hellion hollow and Mount Olympus’s shore!

Silver strigiform take every gilded feather as tribute to thy deceit in this weather!

Silver strigiform away from my sorrowed shore!—be gone the red tree of lore!

Rip thy razor talons from my broken heart, and take flight to another deathly moor!

Cackled the Owl “Katina” across the icy shore.

Perched upon Great Pan’s limbs just above my swamp shore;

Perched, twisted head, and stares as the dead to distant Stygian moors,

Whilst leprous moon overhead wakes the forgotten dead in shadows before;

Jeffrey LeBlanc grew up along the bayous and swamps obsessed by horror tales. He considers himself a child of the great horror sorcerers Richard Matheson, H.P. Lovecraft, Anne Rice, Robert Bloch, Shirley Jackson, Arthur Machen, Stephen King, and Edgar Allan Poe. It is the only way to explain the driving, furnaced fury to write horror with that kind of madness.

Devil be damned, if he didn’t let the fur fly to bring out Max Faucheaux’s inner beast, Euryale’s divine snake, and that fiendish owl, during a voyage from the North Sea back to Texas. Riding right over Titanic’s final resting place triggered the depths of his dark imagination.

Also, in truth to take his mind off seasickness crossing the North Sea and Atlantic.

“The Devil of Black Bayou” was born on darkest seas in 2010. Jeff took a chance and placed it on Harper Collin’s Authonomy site. Strangely it sky-rocketed up to the 11th position out of 10,000 writers on the site. A spark turned into an inferno to bring more creations to life—“The Masque of Death (Written prior to COVID-19 and actually having to wear masks!!)”, “Wings of the Seraph”, “Shadows, Ghosts of the Moonlight”, “Of Wolf & Man”, “The Mariner of Caminada Pass”, “Wolves, Wings, & Other Things”.

His most recent work is an anthology to the great horror masters. Jeff has included the poem “The Owl” and his own works with the anthology titled “The Owl & Other Tales of Supernatural Terror (Volume 1)”. Also, Jeff created a web page and YouTube channel with his wife Katina called “Dweller of the Dark”. It is a channel dedicated to the yellowed and blackened bones of many forgotten horror masters.

To date he has had three honorable mentions with Chris Morey’s website Dark Regions too for story contests. (Black Labyrinth, Survive the Night, etc.). Lycan Valley Publishers out of Canada had his “Shadows, Ghosts of the Moonlight” in final deliberations for publication. For now, he’s stretching his claws with Cloven Hoof Publishers.

Currently, due to COVID-19 ban on travel, Jeff is missing his opportunity to get scorched on the Red Sea in 130-degree temperatures. For now, he is between the bayou and Blood Mountain howling away. Secluded in his castle away from the sea, Jeff is writing away with his beautiful wife and artist, Katina LeBlanc. Buthe just heard a crash and better check on their mischievous collection of bearded dragons-Ragnar, Pickles, Ash, Raven, and King. Plus, some cool turtles with rock star names. 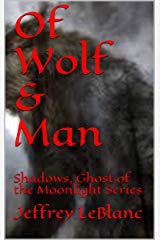 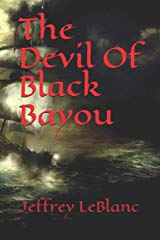 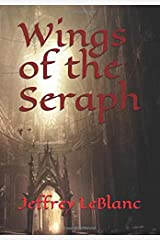 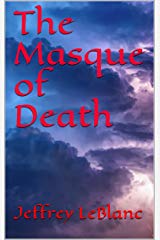 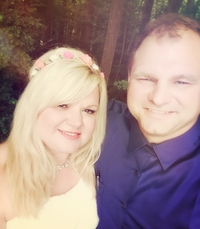