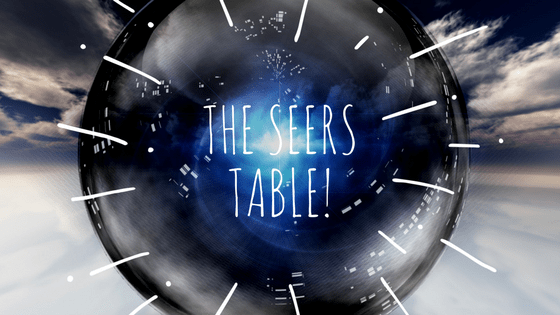 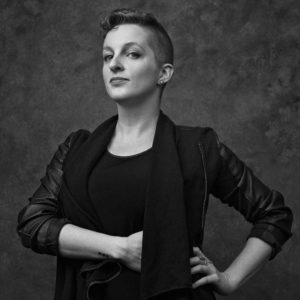 Hugo award-winner Sarah Gailey is an internationally published writer of fiction and nonfiction. Their nonfiction has been published by Mashable and the Boston Globe, and they are a regular contributor for Tor.com and Barnes & Noble. Their most recent fiction credits include Fireside Fiction, Tor.com, and The Atlantic. Their debut novella, River of Teeth, was published in 2017 via Tor.com and was a 2018 Hugo and Nebula award finalist. Their adult novel debut, Magic for Liars, was published by Tor Books in June 2019. Their Young Adult novel debut, When We Were Magic, was published by Simon Pulse in Spring 2020. 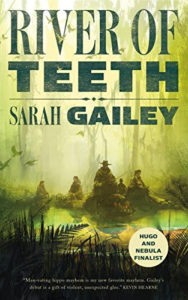 In the early 20th Century, the United States government concocted a plan to import hippopotamuses into the marshlands of Louisiana to be bred and slaughtered as an alternative meat source. This is true.

Other true things about hippos: they are savage, they are fast, and their jaws can snap a man in two.

This was a terrible plan.

Note: at the Publisher’s request, this title is being sold without Digital Rights Management Software (DRM) applied.

You can find links to their work at http://www.sarahgailey.com; find them on social media @gaileyfrey. 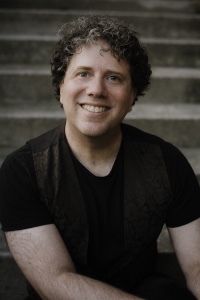 Born in the U.S., Ry Herman is now a permanent Scottish resident. He has been writing for most of his life, and his debut novel, the queer supernatural rom-com Love Bites, was published by Jo Fletcher Books in July 2020. Ry is bisexual and genderqueer. Ry has worked at a variety of jobs, including submissions editor, theatre technician, and one job which could best be described as typing the number five all day long. He acts and directs, and performed at the Edinburgh Fringe Festival in 2017 and 2019. Hobbies include baking bread, playing tabletop roleplaying games, and reading as many books as humanly possible. 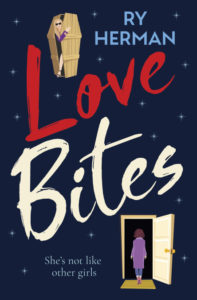 As Angela spends three nights, as per vampire lore, coming back to a semblance of life, Tess, her partner, watches her, noting changes, in between processing photos in her darkroom.

On the third night, Angela wakes, confused and very thirsty, and wonders what the hell Tess has done to her.

Tess on the other hand is quite happy, after all, Angela can’t leave her now.

A year or so later, she’s escaped Tess, is in Massachusetts with a couple of housemates Shelly (submissions editor) and Mike, working on her real thesis (Astrophysics), and hitting the clubs in goth gear to grab a quick bite.

Chloe is fed up with her job slush pile reading for Shelly, and is destined to meet Angela.

It’s got a lovely retro vibe that seems to channel Sunglasses After Dark by Nancy A. Collins, whilst also brimming with literary and writery jokes amidst the deeper issues.

Although it’s labelled queer “rom-com,” there are some serious issues explored in the novel, primarily domestic abuse.

However, the humour is there, and if you’ve ever been involved in academia you’ll appreciate this excerpt, as our narrator considers whether her PhD paper on vampires is publishable:

“One benefit of not being able to publish this is that I don’t have to take the jokes out. Academia is a humourless beast.

Anyway, all of this means that most people know far less about vampires than they think they do. And while I’ve only learned a tiny bit more so far, there are a few matters I can shed light on. So I’d like to start by dispelling some common vampire myths that I’ve found, from personal experience, are more falsehood than fact.” 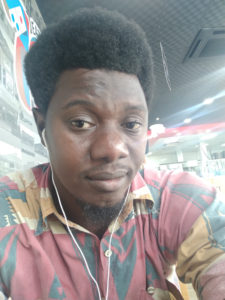 Oghenechovwe Donald Ekpeki is a Nigerian writer and editor. He has been awarded an honourable mention in the L. Ron Hubbard Writers of the Future Contest, twice. His short story, “The Witching Hour,” won the Nommo award for best short story by an African. He has been published in Selene Quarterly, Strange Horizons, Tor, and has works forthcoming in other venues, too.

He has guest edited and co-edited several publications, including The Selene Quarterly, Invictus Quarterly, and the Dominion Anthology.

He is a member of the African Speculative Fiction Society, Codex, BFA, the HWA, the BSFA, and the SFWA.

The door slowly swung open, and Lester Lee saw who it was.

The girl from the colored church stood in the doorway. She was covered in something that looked like a hospital gown stained black with dried blood. And she looked exactly as she had that night, fifty years ago.

The girl let the bloody hospital gown slip from her shoulders, revealing the puckered, pinkish brown knots of scar tissue where her left breast should have been.

The floor lurched beneath Lester Lee and bucked him off to the toilet. He sprawled, with his pants down around his ankles, at the nude girl’s bloody brown feet.

Agony stabbed the sole of his right foot. Galvanized by the new pain, Lester Lee looked behind him.

Something had him by the foot. Before he could make sense of what he saw, a geyser of dark red water blasted out of the toilet-bowl and smashed the seat into the ceiling. The porcelain tank cracked open, and in an instant, Lester Lee was soaked.

The dark thing rose up out of the toilet bowl.

Black, sinuous and dripping with muck, the thing thickened as it emerged. The main trunk split into two separate stalks, only to re-braid itself and repeat the same multiplication, each stalk splitting and re-braiding, until a horde of writhing tendrils whipped and swiped swathes of filth across the walls and ceiling. It was one of the smaller tendrils that had gripped Lester Lee’s foot.

“Oh …,” Lester Lee said, as the rising shadow of the black stalk fell across his face. “My … God!”

You can find Oghenechovwe Donald Ekpeki on Twitter at @penprince_NSA and on his Web site. 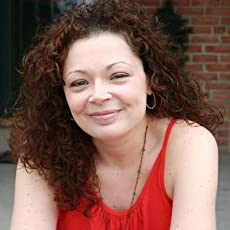 Somer Canon may tick off the normal boxes at first glance, living a regular-looking life in suburbia with children, but we all know what happens when you judge a book by its cover. She was exposed to all things gruesome by her mom and grandmother. Growing up with tattered paperbacks and B-movie videos showed her the best and worst offerings of the genre. By the time she became an adult, she knew she had stories of her own to contribute.

Her first sale was “Mischief,” published in 2016, a short story about Halloween shenanigans exhibited by a spirit loose for one night. Her novella, Vicki Beautiful, was one of the last editions from Samhain’s horror line. It is a quick brutal story that takes birthday celebrations among friends to a whole new level. Somer went on to publish a number of short stories and novellas. Somer said the novella is the “sweet spot” for her when writing, and her work confirms that as each story gets better and better.  However, the novels, Killer Chronicles and The Hag Witch of Tripp Creek, were two of my favorites. Dealing with themes of friendship tested to its limits, Somer used something that should be revered and turned it into something twisted in black, as so often happens in real life. That is one of Somer’s best qualities: taking the mundane and creating a new reality with really bad things in it.

Her latest story is “Join My Club,” in the Midnight in the Graveyard anthology edited by Kenneth W. Cain. Canon’s story of an abused child looking for a friend is heartbreaking and terrifying at the same time.

“Tommy?” he asked, trying to keep the fear from his voice.

“I’m back here,” the voice whispered.

Timmy whimpered. He started to worry the older kid was playing a cruel trick on him. Maybe Tommy was behind the lean-to, and when Timmy stepped inside, he would run around and close the door, leaving Timmy in total, suffocating darkness.

“Can I see your face?” Timmy asked.

The lawnmower was pushed slightly, and it rolled towards Timmy, but it traveled only an inch or two. He smiled.

Excited at the prospect of a new playmate and his fear forgotten, Timmy stepped carefully inside, finding a place for his foot that wasn’t occupied by the dirty, old lawn equipment.

His breath was taken away. He couldn’t draw in air. His dinosaur fell to the ground and he tried to reach his hands up to his throat, but found they seemed to weigh a ton, too heavy for him to lift.

But Timmy was scared.”

Somer Canon can be found at https://www.somercanon.com/.