Ready to head into Summer Reading? This month’s Seers’ Table has some suggestions! 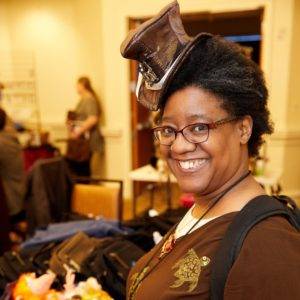 LaShawn M. Wanak lives in Wisconsin with her husband and son. Her works have been published in Fireside Magazine, FIYAH, and many others. She is the editor of GigaNotoSaurus and reviews books for Lightspeed Magazine. Writing stories keeps her sane. Also, pie.

Her story, “Sister Rosetta Tharpe and Memphis Minnie Sing the Stumps Down Good,” was published in Apex Magazine, Issue 120, and also appeared in the 2018 Best American Science Fiction and Fantasy Anthology, which came out September 2019. 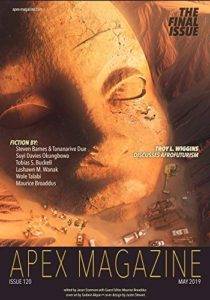 Rosetta knelt to look at the stump in the corner of her client’s bedroom. It had the likeness of a ten-year-old boy, four feet tall, dressed in an oversized shirt and suspenders, and its features were flawless, from the newsboy’s cap cocked on its tight curls, to its pupil-less eyes fringed with long eyelashes. The only oddity was that stump’s hands were unformed, shapeless blobs. It was easy to believe that a sculptor had chiseled a boy out of wood and had stepped away just before finishing its hands.

Rosetta sucked in her breath through her cloth face mask. The SPC hadn’t told her that her first stump extermination would look like a child. 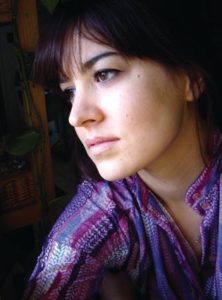 Grace Krilanovich is a writer from Northern California—Santa Cruz, the home of the famed LOST BOYS vampire movie. Her debut novel, Orange Eats Creeps, is her first foray into fiction and horror; prior to this, she primarily wrote nonfiction and entertainment essays. She studied undergraduate at San Francisco State and obtained an MFA from the California Institute of the Arts. She was named one of National Book Foundation’s “5 Under 35” honoree in 2010, and was a McDowell Colony fellow allowing her to write in nature. She has also written for the Los Angeles Times.

Grace has stated that she was definitely influenced by THE LOST BOYS. She started her novel while at CalArts, throwing a number of clichés and genres together, using the movie as a premise. She emerged with “slutty teenage vampire hobos,” which eventually evolved into the novel. Starting as a tongue-in-cheek maneuver by using all those descriptors, she found a groove and it took on a life of its own, as books often do. “On the most basic level I sought to incorporate everything I ever thought, saw, read, felt, or heard about into the story. That’s why I love the form of the novel so much—it’s a container that can hold so much.” Surprised by how well it was received, Grace indicated she was happy that people enjoyed her writing.

Orange Eats Creeps is not your average vampire novel. In fact, I bet you’ve never seen vampires like this. The usual vamp archetypes are there, but so deliciously twisted it feels like you’ve never read a vampire story before. We’ve seen teen vampires before in the Twilight series, but Grace’s novel goes 180 degrees in the opposite direction. These teen bloodsuckers are not clean, and they do not sparkle; they revel in filth and happily pass disease back and forth between themselves and humans alike. They do not save sex for special partners but instead screw anyone and everyone anywhere. The general dystopian point-of-view for teenagers is hugely amplified into a world of dirty bloodletting. If all this is not enough to intrigue you, the main character’s search for her foster sister will hook you completely. Why is she looking for this girl? What will she do when she finds Kim? Will she end up a vampire, too, or is she already one? This book is so different from anything else you may have read and it is worth a devouring—or two.

Grace is currently working on a new novel, based on California in the late 1800s, full of all the mystical California lore that we love. There might even be a vampire or two. Definitely there will be hobos! 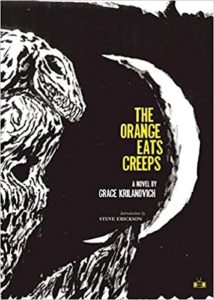 We are sluts. We not only devour each other, but we bite, hard. We’re blood-hungry teenagers; our rage knows no bounds and coagulates the pulse of our victims on contact. We devour them too; the bodies of mortals become drained when they reach our fangs. Our cause is nothing, we believe in nothing. Actually, we believe in Methamphetamine. I’ve been living off crank, cough syrup, and blood for a year now. I ride the rails with a bunch of immoral shitheads, hopping freight trains, secreted away in rail cars across this country. We have no home, no parents. I can’t remember being a child, maybe I never was one. But I’m sure I’ll never die; I get older, my body stays the same. My spine breaks, and then gets back together. I have the Hepatitis, I give it to everyone, but it never will actually get me. Our kind doesn’t die from anything, all we do is die all the time. 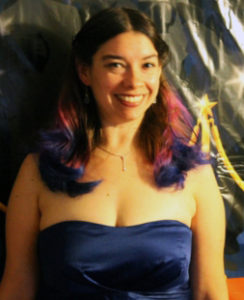 Rebecca Gomez Farrell still refuses to say “Bloody Mary” three times into a mirror, though she’ll write stories about the people who do. She lives in Oakland, CA, with her tech wizard husband and one feline co-worker.

Her first fantasy novel, Wings Unseen, was published by Meerkat Press. Becca’s shorter works have appeared over two dozen times in outlets, including Beneath Ceaseless Skies, PULP Literature, and the Best Indie Speculative Fiction of 2019. In 2020, look for her newest stories in ACCOLADES, Helios Quarterly, and A Quiet Afternoon.

Becca helms a local chapter of the national Women Who Submit Lit organization, which encourages all writers who identify as women and/or genderqueer to submit their work for publication. She also co-organizes the East Bay Science Fiction and Fantasy Writers Meetup Group.

Excerpt from the opening of “Wishing for More,” a new story in Helios Quarterly:

Jewls placed her hand on the guardrail meant to stop people from doing exactly what she was about to: hang over the edge of a desolate ocean cliff. An alep’s hound plant grew about five feet down the cliff’s rockface, its cornucopia of dagger-shaped leaves folded tightly in a nautilus spiral. Jewls had parked her car by the highway and made her way down an abandoned lighthouse’s access road, on a night blowing icy mist, to harvest it.

She shuffled on her stomach over the rim, reaching with her free hand, but the alep’s hound darted left and right, avoiding her straining fingers. A wave crashed against the jagged boulders, sending up a high plume of seawater that drenched her. Brrr. She tried not to ponder those depths, focused on the plant, leaning farther—