Scary Out There: A Blog on Horror in Young Adult Fiction – A Chat with James Rollins 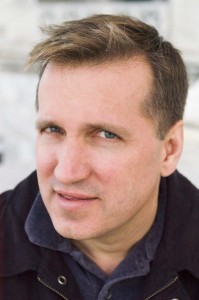 Welcome back to the Horror Writers Association’s new blog on scary fiction for teens.

My guest this week is JAMES ROLLINS, the New York Times bestselling author of thrillers whose books have sold to over thirty countries. His Sigma Force series has earned national accolades and hit bestseller lists around the world. Jim also writes a middle-school adventure series featuring Jake Ransom, boy archaeologist, and has finished the first book in a collaborative adult horror series with award-winning mystery writer, Rebecca Cantrell, titled The Blood Gospel (published in January 2013). Jim also wrote a number of notable fantasy novels –The Banned and the Banished series and the Godslayer series–under the pen name of James Clemens. Aside from his writing career, Jim is also a veterinarian.

JONATHAN MABERRY: With Scary Out There we’ve been exploring fear in its many forms and how that is presented in fiction. What’s your take on the nature of fear?

JAMES ROLLINS: I guess you can categorize fears as phobias and as real-life concerns of disease, disability, and death.

JONATHAN MABERRY: Gotta ask. Do you have a phobia?

JONATHAN MABERRY: Is that the result of some trauma?

JAMES ROLLINS: Not really. Phobias aren’t grounded in reality, so they’re the same whether you’re a kid or an adult.

JONATHAN MABERRY: Is this different for teens and adults?

JAMES ROLLINS: Sure. I think what scared me more as a kid (like ventriloquist dolls) was often tied to supernatural elements, but as an adult, it’s more about what really goes “bump” in the night that sets my teeth on edge.

JONATHAN MABERRY: As an author you’re new to horror fiction. Were you a fan before that?

JONATHAN MABERRY: A frequent topic of conversation lately has been the increase in horror fiction for kids. Some folks want to keep scary stories away from teens. What’s your take?

JAMES ROLLINS: I think it does kids a disservice to believe they must be insulated against things that might frighten or challenge their sensibilities.  Horror stories are a way for teens to dealing with the emotional rollercoaster of growing up.  It’s an outlet for blowing off steam, a way to safely deal with fear, a method for broadening their perspectives about life and people.

JONATHAN MABERRY: Even though there are a lot of subgenre in which dark and strange things happen, we tend to group them under the umbrella of ‘horror’. Is that a fair assessment? 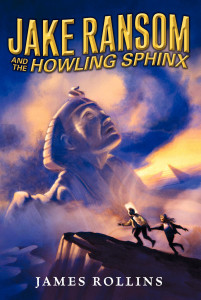 JAMES ROLLINS: That is certainly a large umbrella under which many stories could be sheltered, but at its root, I would define ‘horror’ as stories where the express purpose is to disturb a reader’s sensibilities of security and normalcy and create a feeling of menace and fear.

JONATHAN MABERRY: Why are these scary elements so common in thriller fiction?

JAMES ROLLINS: Fear is a survival instinct.  It’s that tingle of hairs on the back of the neck that warns of impending danger.  So it’s almost impossible to write a thriller without thumbing that bowstring of fear, of survival.

JONATHAN MABERRY:  What separates horror for adults and teens?

JAMES ROLLINS: I think there are only two elements that separate adult and YA horror.  First, the level of descriptive gore is likely dependent on your audience. Second, certain subject matters may be more appropriately “adult” (i.e., sexual themes).  But beyond that, I don’t think a writer should water down their prose, their themes, or the level of terror to suit a teen audience.  Kids can smell falseness on the page.

JAMES ROLLINS: I think it goes back to fear being a survival instinct.  People live defined, orchestrated lives and enjoy the titillation of putting themselves into the jeopardy found within the pages of a story.  It’s the thrill of the rollercoaster ride, where you “feel” like your life is in danger, but at the same time, you know you’re safe.

JONATHAN MABERRY:  Is there a line in fiction between acceptable scary and too much?

JAMES ROLLINS: I don’t believe there is a line in regards to the “scare” level. I think every story needs an ebb and flow of its frightfulness to be effective, so it doesn’t read one-note.  But in regards to the heights of terror reached at those peaks of storytelling, I don’t think there should be boundaries, and I love writers who deliberately push them.

JONATHAN MABERRY:  Tell us about your YA thrillers.

JAMES ROLLINS: My books feature Jake Ransom the son of a pair of archeologist parents, who vanished during a dig in Mexico.  Three years later, a parcel arrives on their doorstep containing the logbooks from his parents.  This sets young Jake on an adventure that spans time and space in a quest to discover the true fate of his parents.

JONATHAN MABERRY: Loss of parents is scary as well to a lot of teens.

JONATHAN MABERRY: Will Jake Ransom be returning for more thrills and chills?

JAMES ROLLINS: Yes, in fact, next up is Jake Ransom and the Cauldron of Doom. The release date isn’t set yet, though.

JONTHAN MABERRY: Tell us about your new horror novel for adults.

JAMES ROLLINS: Written with the award-winning Rebecca Cantrell, The Blood Gospel is a new twist on vampire mythology. An earthquake in Masada reveals a tomb buried in the heart of the mountain, where the body of a young girl is found crucified and where an ancient text, written in Christ’s own blood, might have once been buried.

JONATHAN MABERRY: Yeah, that’s creepy. Okay, last question: If you had to recommend just three YA horror or thriller novels –past or present—which books make your must-read list?

JAMES ROLLINS: The Forest of Hands and Teeth by Carrie Ryan, Feed by Mira Grant and Uglies by Scott Westerfield

JONATHAN MABERRY: Thanks, Jim. Great stuff, and best of luck with your first adult horror novel, Blood Gospel. I read it and it’s a killer.

Tune in next week when I sit down to talk with Rick Yancey, author of the chilling MONSTRUMOLOGIST series.

Until then, make sure you check under the bed and keep that closet door locked!