“Why Do We Love Halloween?” By JG Faherty

Welcome back to Halloween Haunt’s! Today’s Best Of was originally published in 2017….

As a horror writer, it’s kind of expected of me that I’ll be enamored of the Halloween season. And it’s no secret that I am! But I loved Halloween long before I became a writer. Even as a little kid I looked forward to Halloween as much as I did Christmas.

The question is, why?

For a child, the reasons are pretty easy to figure out. Lots of candy. Lots and lots of candy! The chance to dress up in a costume and run around the neighborhood relatively unsupervised (at least back in my day). Halloween was the only cool thing between the end of summer and Christmas, and it was so totally different from all other holidays. Ghouls, wacky parties where you dunked for apples, scary movies on TV every night and in the theaters on weekends. The Great Pumpkin special (which back then they only showed once during the whole month, so you had to stay home and watch it).

As a teenager, my reasons for liking Halloween were a little different. You had Gate Night (Mischief Night for some of you), and in my neighborhood that was a holiday all to itself. Soap, eggs, rotten tomatoes, flaming dog poo, we did it all. And we still went around and got candy on Halloween, which went well with the beer.

In college and the rest of my twenties, the costumes became the most important part of the night. We constantly tried to outdo each other, and top the previous year. I went as everything from a 7-11 clerk (I bought the actual uniform shirt from the guy who owned the local store) to a Hasidic rabbi; from a pimp to a Jesus on a cross; from an undead ghoul to a Greek god. And the parties we threw! Beer bashes, weekend-long celebrations, theme parties.

When I hit my thirties, things changed. You slow down from the party life. A lot of my friends had kids, and they had to do the trick-or-treat thing. Bars still had costume events, and we did some of them, won a couple of prizes, but it wasn’t the same. I started to think maybe the shine had worn off my favorite holiday.

Then I hit forty, and everything changed. Suddenly Halloween wasn’t just my holiday, it was everyone’s. Adults threw crazy themed house parties. Lawns sprouted decorations to rival Christmas. Stores and catalogs began advertising Halloween in September, and even August. The costume stores displayed a nearly limitless assortment of choices, and what you can’t find there you can get online. There are even costumes for cats and dogs and guinea pigs and iguanas!

So, what’s the allure? How has Halloween become ‘the’ holiday for the general population? Why are the same people who once called me weird for being into Halloween as an adult now asking me where they can get a Halloween tree like mine?

My belief is that after all these decades, people are beginning to realize Halloween is like a big pressure valve, a time to release all the stress and anxiety and depression of the year and just let loose, to be a kid again. It has nothing to do anymore with monsters or scary movies, although that element is still prevalent. It’s about putting on a costume and not having to be ‘you’ for a few hours, just being free. That might mean hitting a bar or going to an adult party. It might mean taking the family down to the local haunted house and hayride.

Whatever you do, it’s a time to cast off the yoke of responsibility. You don’t have to care what you look like. You can go incognito to a club and meet a stranger or show your spouse how much you love them by agreeing to dress up as a pair of M&Ms, even though you might prefer being a demon.

Another reason is that it’s the only universal holiday. The religious connotations are long gone, beaten into submission by corporate greed. So it doesn’t matter if you’re Catholic, Jewish, Buddhist, Muslim, or atheist. You can throw a costume party, go from house to house begging for candy, and enjoy a Universal Monsters movie marathon with your favorite snacks and beverages. Halloween, more than any other holiday, truly brings everyone together; it’s inclusive, not exclusive.

And let’s face it. It’s fun! No other holiday is so focused on just relaxing, doing whatever you want, and forgetting the world for a while. Christmas? No, you’ve got church and fancy special meals. Easter? Same thing. Thanksgiving? It’s about the food and football (and Black Friday shopping), and if you don’t like those things you’re out of luck. Labor Day? Strictly BBQ and chill, and it’s only an American holiday. Memorial Day? Solemn event. 4th of July? Same thing. Ramadan? Yom Kippur? Passover? They don’t hold a candle to Halloween’s all-out giddy fun.

The only downside to the growing infatuation with Halloween is that for us die-hard horror fans, it sometimes feels like our favorite day’s been stolen from us. Kind of like when your favorite underground band suddenly gets a record deal. “You’ve gone commercial!”

And it has. Halloween is so acceptable to the masses these days that even my mother buys me skull plates and napkins and my wife gets me Halloween decorations for the house. Every store has Halloween stuff in it, not just Party City and Spencers. Used to be that only one big Halloween store would open in the mall for the months of September and October; now they pop up everywhere and there are even some permanent ones (Spirit Halloween has a store in Paramus, NJ). Cartoon specials play over and over for the entire month; practically every cable station runs multiple movie marathons. Skulls and bats and witches and ghosts and zombies are everywhere you look, to the point where it just becomes boring after a while – especially when so much of it is either cheap or repetitious.

That’s why each year I try to do something different. Sure, we decorate the house and either throw a Halloween party or go to one (or both, depending on the day!). I watch movies all month long. I wear all my horror t-shirts. I drink pumpkin spice coffee til I start to turn orange. But I try to add a twist. For instance, this year I’ll be doing a live on-air reading of a flash fiction piece on a local radio program, with the host taking the other role. In past years, I’ve done readings for children’s Halloween events at local libraries or judged writing contests for kids. And then there are the road trips: Salem, MA. Universal Orlando’s Haunted Nights. A day trip to Sleepy Hollow, NY. Yes, some of these are crassly commercial, but when they’re new to you, there’s a bit of excitement, anticipation that gets the old blood flowing so that it’s not the same old, same old all over again.

So that I still feel like a kid on a crisp autumn evening getting ready to step into an old cemetery with my friends.

And that’s what Halloween is all about. 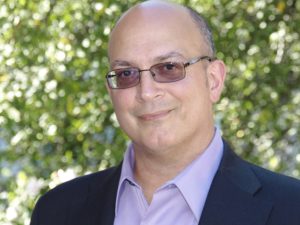 A life-long resident of New York’s haunted Hudson Valley, JG Faherty has been a finalist for both the Bram Stoker Award® (The Cure, Ghosts of Coronado Bay) and ITW Thriller Award (The Burning Time), and he is the author of 6 novels, 9 novellas, and more than 60 short stories. He writes adult and YA horror, science fiction, paranormal romance, and urban fantasy. Follow him at www.twitter.com/jgfaherty, www.facebook.com/jgfaherty, www.jgfaherty.com, and http://jgfaherty-blog.blogspot.com/