May contains Cinco de Mayo, a celebration of victory; challenge the mundane and check out some new creators! 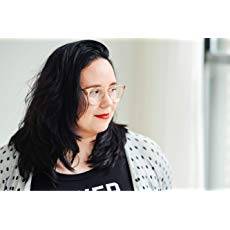 Amanda Lovelace – Growing up a word-devourer and avid fairy tale lover, it was only natural that Lovelace began writing books of her own, and so she did. When she isn’t reading or writing, she can be found waiting for pumpkin spice coffee to come back into season and binge-watching GILMORE GIRLS. (Before you ask: Team Jess all the way.) The lifelong poet and storyteller currently lives in New Jersey with her spouse, their bunnycat, and a combined book collection so large it will soon need its own home. She has her BA in English literature with a minor in sociology. Her first collection, The Princess Saves Herself in This One, won the Goodreads Choice Award for best poetry of 2016 and is a USA Today and Publishers Weekly bestseller. 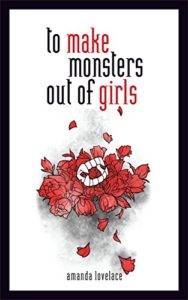 Recommended work: To Make Monsters Out of Girls. “What happens when the man of your dreams turns out to be a nightmare with sharp teeth and claws?”

Lovelace presents her new illustrated duology, Things That H(a)unt. In this first installment, To Make Monsters Out of Girls, Lovelace explores the memory of being in an abusive relationship. She poses the eternal question: Can you heal once you’ve been marked by a monster, or will the sun always sting?

Her official Web site is amandalovelace.com. You can also find her as ladybookmad on Twitter and Instagram. 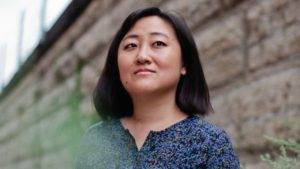 Ling Ma received her MFA from Cornell University. Prior to graduate school, she worked as a journalist and editor. Her writing has appeared in Granta, Vice, Playboy, Chicago Reader, Ninth Letter, and elsewhere. 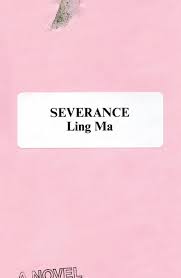 A send-up and takedown of the rituals, routines, and missed opportunities of contemporary life, Ma’s Severance is a moving family story, a quirky coming-of-adulthood tale, and a hilarious, deadpan satire. Most important, it’s a heartfelt tribute to the connections that drive us to do more than survive.

Recommended work: Severance. Maybe it’s the end of the world, but not for Candace Chen, a millennial, first-generation American and office drone meandering her way into adulthood in Ma’s offbeat, wryly funny, apocalyptic satire, Severance.

Candace Chen, a millennial drone self-sequestered in a Manhattan office tower, is devoted to routine. With the recent passing of her Chinese immigrant parents, she’s had her fill of uncertainty. She’s content just to carry on: She goes to work, troubleshoots the teen-targeted Gemstone Bible, watches movies in a Greenpoint basement with her boyfriend.

So Candace barely notices when a plague of biblical proportions sweeps New York. Then Shen Fever spreads. Families flee. Companies cease operations. The subways screech to a halt. Her bosses enlist her as part of a dwindling skeleton crew with a big end-date payoff. Soon entirely alone, still unfevered, she photographs the eerie, abandoned city as the anonymous blogger NY Ghost.

Candace won’t be able to make it on her own forever, though. Enter a group of survivors, led by the power-hungry IT tech Bob. They’re traveling to a place called the Facility, where, Bob promises, they will have everything they need to start society anew. But Candace is carrying a secret she knows Bob will exploit. Should she escape from her rescuers?

You can find her on Tumblr: https://lingma.tumblr.com/ 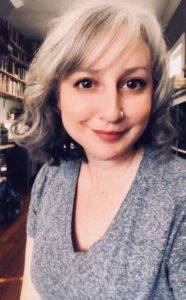 Sadie Hartmann, aka “Mother Horror.” Now, if you’re a regular reader of this column, you’re probably aware our Seers Table normally highlights “creators,” i.e., writers and artists, but given how much “Mother Horror” does to promote horror and diverse horror at that, I think it would be great to introduce you to her.

Sadie Hartmann, aka “Mother Horror,” lives in the beautiful state of Washington with her husband of 22 years, their three (grown) children, and their Frenchie named Owen. She has been an avid reader since the time she discovered she could get lost in a book. Sadie writes horror fiction reviews for Scream Magazine in their print publications on a bimonthly monthly and for Cemetery Dance online every month.

I asked Sadie what she looks for in horror. Here’s what she said: “In my everyday, real life I don’t live adventurously. I don’t take many risks. I make choices based on purpose and practically. Therefore, my reading lifestyle is the opposite of that. I throw caution to the wind. It’s my aim to find horror fiction that will challenge me, frighten me, cause me anxiety and force me to leave my sense of control and comfort. Horror is my means of adventure.”

Sèphera Girón has over twenty traditionally published books under various names. Her main love is horror, and most of her work embraces themes of occult, metaphysical, erotica, and suspense.

In recent years, Sèphera has enjoyed paranormal investigations from as near as Casa Loma in Toronto to the Lizzie Borden House in Fall River and a haunted mansion in California. Her most recent trip took her to the Stanley Hotel in Colorado, the place that inspired The Overlook in The Shining by Stephen King. Some of her adventures inspired a few of her own books and stories.

In her book, Eternal Sunset, Vanessa, the featured character in Borrowed Flesh, moves away to college after an extended break of hard living, casual sex, and dabbling in the occult. But little does she know what fate has in store for her when she accepts a gift from her new friend: an ancient book that holds the secret to eternal life.

Recommended reading: Eternal Sunset. “Where did he go?” she asked Sophie, peering around the cafeteria for a glimpse of his long dark hair through the crowd. Sophie finished chewing her mouthful then swallowed.

“Where did who go?” she asked.

“That guy that was just here,” Vanessa said, panic surging through her. Demian had stirred in her an animal lust that she hadn’t felt since the first night Dean had winked at her from the stage. Her cheeks were flushed as her mind frantically conjured up the dark-haired stranger and his gleaming green eyes.

Sophie peered closely at her.

“There was no guy here when I came over,” she said seriously. Just then, John and Craig arrived, slapping down their trays to mark their arrival. Vanessa was drawn into more comments on the food, although her eyes kept going back to the spot across from her, where there was an apple seed lying on the table.

a new playground to romp and learn and feast and destroy

a new life to mimic and mold and manipulate? the sensations were there for trying?   the pleasures were prepared for dying

he stood tall and smiled

Find Girón online: http://sepheragiron.ca; http://www.twitter.com/sephera; Sèphera on Patreon: http://www.patreon.com/sephera; Check your free horoscope at http://www.romancedailynews.com. Here’s a coupon for a discounted rate for her new course, “So You Want to Be a Horror Writer?” https://www.udemy.com/so-you-want-to-be-a-horror-writer/?couponCode=HORROREMAIL