In the northern hemisphere the days are short, the nights are long, while down south the summer season approaches. What better time to curl up with a good book or watch a good movie? Here are our suggestions for January. 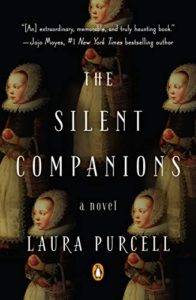 Laura Purcell is a former bookseller and lives in Colchester with her husband and pet guinea pigs. Her first novel for Raven Books, The Silent Companions, won the WHSmith Thumping Good Read Award 2018 and featured in both the Zoe Ball and Radio 2 Book Clubs. It will be followed by The Corset in September 2018, and Bone China and The Shape of Darkness in later years.

Laura’s historical fiction novels about the Hanoverian monarchs, Queen of Bedlam (2014) and Mistress of the Court (2015), were published by Myrmidon and are available from all book retailers.

The Silent Companions – Some doors are locked for a reason.

When Elsie married handsome young heir Rupert Bainbridge, she believed she was destined for a life of luxury. But pregnant and widowed just weeks after their wedding, with her new servants resentful and the local villagers actively hostile, Elsie has only her late husband’s awkward cousin for company. Or so she thinks. Inside her new home lies a locked door, beyond which is a painted wooden figure—a silent companion—that bears a striking resemblance to Elsie herself. The residents of the estate are terrified of the figure, but Elsie tries to shrug this off as simple superstition—that is, until she notices the figure’s eyes following her.

A Victorian ghost story that evokes a most unsettling kind of fear, The Silent Companions is a tale that creeps its way through the consciousness in ways you least expect—much like the companions themselves. 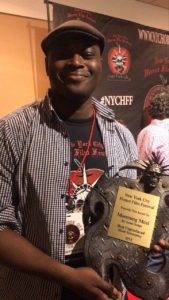 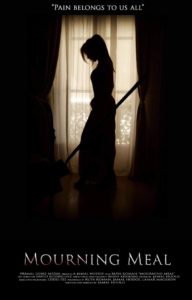 Jamal Hodge is a multi-award winning director/screenwriter/filmmaker. Since May of 2016, Jamal’s films have been an official selection in sixty film festivals and won over sixteen awards. He has had screenings for films he directed at the illustrious Cannes Film Festival for two consecutive years, in 2016 for THE KIND ONES and in 2017 for KNOCKOUT GAME. Jamal also has had screenings at the Urban World Film Festival, New York City Horror Film Festival, Los Angeles Film Awards, and over 40 other festivals since 2016.

In the summer of 2018, Jamal made his cable-network television directing debut on the ID: Investigation Discovery series, PRIMAL INSTINCT. He directed all six PRIMAL INSTINCT series episodes for the entire first season, which at its ratings peak was #6 on cable and #2 in its time slot.

Currently, Jamal has readied the scripts for feature-length versions of THE KIND ONES and KNOCKOUT GAME. Jamal also completed directing a dramatic series pilot titled, A HAPPY DIVORCE.

Also in development for a 2019 release is the film MOURNING MEAL, based on Linda Addison‘s poem of the same name. The screenplay has been finalist/winner/selected for seven film festivals and recently won the New York City Horror Film Festival. In Hodge’s words: “Long has pain whispered its secrets, demanding I try to make sense of one unflinching truth—that to live is to suffer. There is joy, there is love and beauty to be found, but pain is inescapable in our lifetime. MOURNING MEAL is an exploration of sorts into the choices we make when confronted by this harshest of truths … Think of this as the world’s first inspirational horror movie!!” 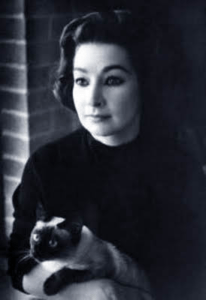 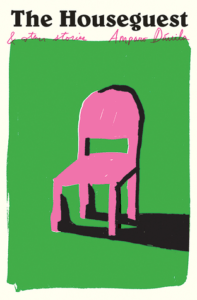 Amparo Dávila, born 1928 in Zacatecas, Mexico, is a Mexican author. Dávila was the sole surviving child of her parents. The oldest son died at childbirth. The next son died as a result of meningitis, and the last son died during his infancy. She learned to love reading at an early age from spending time in her father’s library. Her childhood was marked by fear, a theme that appeared in a number of her future works as an author. Her first published work was Salmos bajo la luna in 1950. This was followed by Meditaciones a la orilla del sueno and Perfil de soledades. She then moved to Mexico City where she worked as Alfonso Reyes‘ secretary. In 1966, she was a part of the Centro Mexicano de Escritores (Mexican Writer’s Center), where she received a grant to continue writing. In 2008, Dávila was recognized by el Palacio de Bellas Artes de Mexico (the palace of fine arts of Mexico).

Dávila is known for her themes of insanity, danger, and death, typically dealing with a female protagonist. Many of her protagonists appear to have mental disorders and lash out, often violently, against others. Many times the women are still unable to escape from their mental issues and live with the actions they have taken. She also plays with ideas of time. She uses time as a symbol of that which we cannot change.

Recommending: The Houseguest. Like those of Kafka, Poe, Leonora Carrington, or Shirley Jackson, Dávila’s stories are terrifying, mesmerizing, and expertly crafted—you’ll finish each one gasping for air. With acute psychological insight, Dávila follows her characters to the limits of desire, paranoia, insomnia, and fear. She is a writer obsessed with obsession, who makes nightmares come to life through the everyday: loneliness sinks in easily like a razor-sharp knife, some sort of evil lurks in every shadow, delusion takes the form of strange and very real creatures. After reading The Houseguest—Dávila’s debut collection in English—you’ll wonder how this secret was kept for so long.

I have met C L (Cat and Lynx) a number of times on the UK writing and convention scene. They may look scary, but they’re an awesome pair of horror writers.

C L Raven are female identical twins and mistresses of the macabre. They’re horror writers because ‘bringers of nightmares’ isn’t a recognised job title. They write novels, short stories, comics, and film scripts. Their work has been published in magazines and anthologies in the UK, USA and Australia. A story of theirs was published in The Mammoth Book of Jack the Ripper, which makes their fascination with him seem less creepy. They’ve worked on several indie horror films as crew and reluctant actors. In their spare time, they hunt ghosts, host a horror radio show, look after their animal army, and try to look impressive with polefit. Their attempts at gymnastics should never be spoken about.

You can find them here:

Excerpt from Silent Dawn: Drake crept through gloomy corridors, his footsteps clumping on the tiles. Nightshade Asylum drew him deeper into its insanity until they became one. Shadows flittered away to dance where monsters prowled. Humming floated down the corridor. Spiders of dread scurried up his spine to weave webs of fear in his mind’s catacombs, capturing his courage in their silky prisons.

Drake sprinted down another labyrinthine corridor. A shadow glided past a doorway. Children’s cries tormented him. He entered a decrepit bathroom, his footsteps echoing. Desperate words from a broken mind were scratched into the peeling paint of a cubicle door:

She Feasts On Your Fear