February is a great time to show some love for creators. 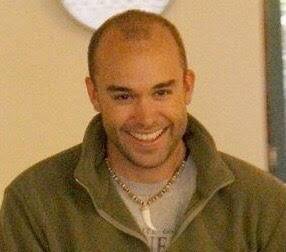 Mike Robinson is the author of nine books: eight novels and one collection of short stories, all touching on the realms of the psychological, the metaphysical, the strange. A native of Los Angeles, he is also an editor of the magazine Literary Landscapes for the Greater Los Angeles Writers Society, or GLAWS. 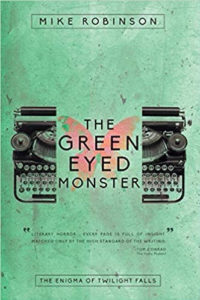 Recommended work from: The Green Eyed Monster. Martin Smith and John Becker: bestselling authors with ordinary names and extraordinary minds. Rivals since childhood, they are natives of the northern California town of Twilight Falls, and famous for their uncanny similarity in both physical manner and literary voice. When one of them ends up dead at the other’s home, an investigation is launched into their dark past, revealing a series of troubling stories from their childhood, adolescence, and careers, throughout which pervades a sinister presence, an authorial entity with roots beyond our time or dimension—an entity with far-reaching designs. 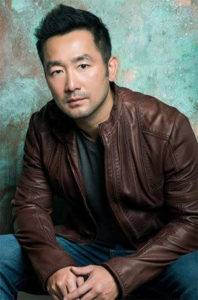 Wesley Chu was born in Taiwan and immigrated to Chicago, Illinois when he was just a pup. His debut, The Lives of Tao, earned him a Young Adult Library Services Association Alex Award and a Science Fiction Goodreads Choice Award Finalist slot. He is the writer of The Tao Trilogy, a sci-fi trilogy from Angry Robot and Time Salvager from Tor Trade. Chu is currently co-writing SHADOWHUNTERS tie-in fiction with Cassandra Clare. 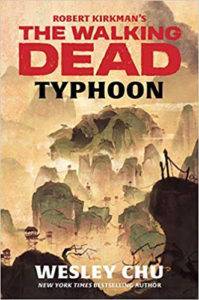 Recommended work: Walking Dead: Typhoon. In the aftermath of a horrifying outbreak, the last remnants of the Chinese government have estimated that one billion walkers (called jiangshi) are currently roaming the country. Across this desolate landscape, large groups of survivors have clustered together for safety in settlements that have been built to protect against the unceasing wave of jiangshi.

In one of these settlements, Beacon of Light, scavengers of vastly different backgrounds struggle to provide supplies for the survival of thousands. Before this devastation, Zhu was one of the millions of poor farmers who left their rural roots for the promise of consistent employment in one of China’s booming factory towns. Elena was an American teaching English in China while on a gap year before beginning law school. Hengyen was a grizzled military officer of some renown, and a passionate believer in his nation’s ability to surmount any obstacle.

But with the settlement’s 3000 mouths to feed and the scavengers having to travel further and further in search of food, Zhu ends up at his home village, where he is shocked to find survivors. Does he force them to join the settlement or keep their existence a secret?

Melissa Lason and Michelle Garza are twin sisters that write scary shit! The twins hail from Arizona and have taken their experiences growing up in the southwest and created dark, creepy worlds for the rest of us to fall into. Melissa and Michelle grew up in a household that included ghost stories and scary tales, embedding a love of the supernatural into their beings from an early age. With a mother interested in things that go bump in the night, and a dad who was a veteran storyteller, the sisters were destined to become writers themselves. Having graduated from ghost stories in elementary school, the twin writers are now known as the Sisters of Slaughter.

Their novel, Mayan Blue, was nominated for the 2017 Bram Stoker award® for First Novel.

The most recent book by the twins is Tapetum Lucidem.

Excerpt from Tapetum Lucidem (October 2019, Amazon Services LLC.). “Alex spat, then searched his pockets for his pack of cigarettes. He pulled out a menthol and lit it. In the momentary flare of the tiny flame dancing atop his lighter he could see a pale flash of movement in the brush beside him. Something crashed through the thorny undergrowth scaring a sleeping bird from its hiding spot. Alex loosed a single high-pitched, startled cry before quieting himself. He held his breath and brought the cigarette to his mouth with a trembling hand. For a second he thought, hoped his friends had come to play a trick on him but it wasn’t them. Long skinny shadows darted between the trees beside him, as thin as reeds or arrow shafts, passing over the shimmering trails of moonlight. Alex began to back away, regretting leaving the comfort of the firelight and his companions. He dropped his cigarette, its smoke lingering between the shadows as he turned to run; something in his gut screamed for him to get out of the trees. He glanced up before his body reacted to the internal warning, green lights danced in the slender arms of the pines. Being in close proximity revealed something else about the lithe bodies around them: they were no insects. Alex bolted, his feet unsteady beneath him as he attempted to hurry over the loose rocks and the blanket of pine needles beneath his sneakers. He hoped for a moment Jeremiah had slipped him some of his own party pills, and it was all a hallucination, but the way they moved and the creatures climbing down the trees was far too real, a horrifying truth bearing down on him. The tree line before him glowed with green light, closing off his exit; dread stopped him from retreating any further toward his only escape. They advanced, stepping into the shafts of moonlight, their skin a pale white, eyes like balls of green flame. They were humanoid, nearly skeletal, some bearing filthy ratty strings of black hair on their scalps. Their mouths were filled with jagged black fangs, and their fingers tipped with pointed nails, the tools of a predatory hunter, a meat eater.”

You can find their work at Amazon; Twitter @fiendbooks; Facebook=Michelle Garza and Melissa Lason.