Greetings! Welcome to the second installment of The Seers Table. Over the past four weeks, members of the Diverse Works Inclusion Committee (DWIC) have scoured the publishing world to find some of the most exciting and under-heard voices in horror and dark fantasy. This month we’d like to introduce you to six writers/editors who are carving out their own unique niches in the genre. As you’ll see by their public bios, these six individuals have drawn on their distinct backgrounds and worldviews to pen/edit graphic novels, short stories, novellas, novels, non-fiction, collections, and anthologies. With so much to read, let’s get to it! 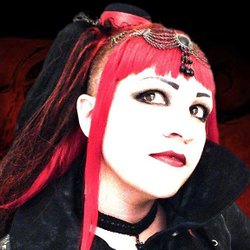 Jenny Ashford is a fresh and adventurous female voice in horror if there ever was one. A commanding talent with a strong sense for tone and engrossing storytelling, Jenny has kept herself quite busy over the last few years; she has three fantastically dark novels under her belt (Red Menace, Bellwether, and The Five Poisons), a graphic novel (The Tenebrist), and has recently released her second paranormal non-fiction book entitled The Rochdale Poltergeist: A True Story (with Steve Mera). A truly multi-talented woman, Jenny is also a graphic designer, owns her own publishing arm for erotica, and runs a blog called “Goddess of Hellfire”. For more on Jenny, visit www.jennyashford.com.

Maurice Broaddus is an exotic dancer, trained in several forms of martial arts–often referred to as “the ghetto ninja”–and was voted the Indianapolis Dalai Lama. He’s an award winning haberdasher and coined the word “acerbic”. He graduated college at age 14 and high school at age 16. Not only is he credited with inventing the question mark, he unsuccessfully tried to launch a new number between seven and eight.

The way he sees is, as a fiction writer, he’s been known to bend the truth. However, his dark fiction has been published in numerous magazines, anthologies, and web sites, most recently including Asimov’s Science Fiction, Apex Magazine, Cemetery Dance, and Weird Tales Magazine. He has numerous novellas including I Can Transform You (Apex Books), Orgy of Souls (co-written with Wrath James White, Apex Books) and Devil’s Marionette (Shroud Books), and edited the Dark Faith anthology series (with Jerry L. Gordon, Apex Books) and the Streets of Shadows anthology (with Jerry L. Gordon, Alliteration Ink). His novel series, The Knights of Breton Court (Angry Robot/HarperCollins UK) debuted in 2010. For more on Maurice, visit www.mauricebroaddus.com. 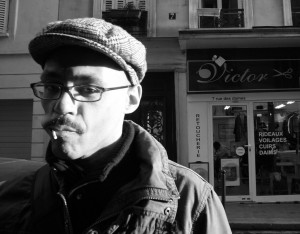 Victor LaValle is the author of a short-story collection, Slapboxing with Jesus, three novels, The Ecstatic, Big Machine and The Devil in Silver, and two novellas, Lucretia and the Kroons and The Ballad of Black Tom.

His most recent book, The Ballad of Black Tom, is a retelling of an H.P. Lovecraft story–“The Horror at Red Hook.” The Ballad of Black Tom is both a love letter to Lovercraft and a long overdue corrective to the famous author’s racism. Also, it’s one hell of a good time. For more on Victor, visit www.victorlavalle.com. 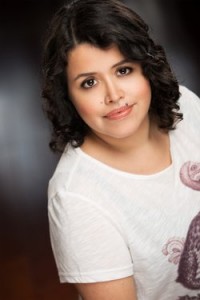 Mexican by birth, Canadian by inclination. Silvia’s debut novel, Signal to Noise, about music, magic and Mexico City, was released in 2015 by Solaris. Her second novel, Certain Dark Things, will be out October 2016.

Silvia’s first collection, This Strange Way of Dying, was released in 2013 and was a finalist for The Sunburst Award for Excellence in Canadian Literature of the Fantastic. Her stories have also been collected in Love & Other Poisons. She was a finalist for the Manchester Fiction Prize and a winner of the Vanderbilt/Exile Short Fiction Competition.

She has edited several anthologies, including She Walks in Shadows, Sword & Mythos, Fungi, Dead North, and Fractured.

Silvia is the publisher of Innsmouth Free Press, a Canadian micro-publishing venture specializing in horror and dark speculative fiction. For more on Silvia, visit www.silviamoreno-garcia.com.

Eden Royce is descended from women who practiced root, a type of conjure magic in her native Charleston, South Carolina. She currently lives in Kent, The Garden of England, with her husband and a maniacal black cat named Samurai.

Eden’s stories have been called “a fist in a velvet glove” (Roma Gray, author of Gray Shadows Under a Harvest Moon), “atmospheric, unforgettable, and haunting” (Crystal Connor, author of The Spectrum Trilogy) and she has been praised for bringing “a refreshing perspective to the table that paranormal lovers are sure to enjoy.” (B.D. Bruns, author of The Gothic Shift).

When she’s not writing, Eden loves roller-skating, watching quiz shows, and perfecting her signature dish for Masterchef. Learn more about Eden’s brand of horror and her most recent collection of horror short stories, Spook Lights: Southern Gothic Horror, at www.edenroyce.com. 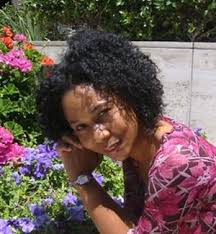 Nicole D. Sconiers is an author and screenwriter living in the sunny jungle of L.A. She holds an MFA in creative writing from Antioch University Los Angeles, and her debut short story collection, Escape from Beckyville: Tales of Race, Hair and Rage was born there and took on a life of its own after she graduated. She is a repeat visitor to the Shades and Shadows reading series. Her work has appeared in The Absent Willow Review and other publications, and she penned several exclusives for Dr. Phil. She enjoys international travel, mentoring young women and sky diving. You can read her truly disturbing horror short story “The Bartman Bag” at www.lavenderpinocchio.com. For more on Nicole, visit www.nicolesconiers.com.