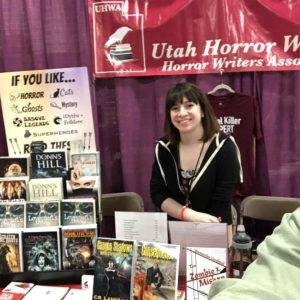 The Utah Chapter was at Salt Lake City’s FanX on April 19-20. It was a great convention, full of pop-culture enthusiasts. We met lots of fine folks and helped educate thousands of convention attendees about horror and the HWA. The very next weekend, we were at the League of Utah Writers Spring Conference on April 27. The League of Utah Writers always puts on a spectacular conference, and we were honored to be a part of it again this time around. Many of our chapter members are also LUW members. 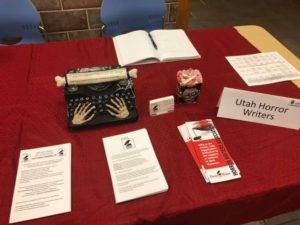 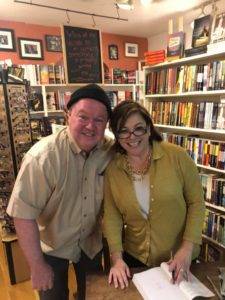 By the time you read this, we’ll have attended the Spring Into Books Event, which is an amazing get-together featuring many local authors. It’s free to the public and is a great way to raise awareness of the local writing scene. Following that, we’ll be at FyreCon in June, and another FanX in September. We’re staying very busy.

As a final note, K. Scott Forman had the distinct pleasure of meeting with Alma Katsu when she came through Salt Lake City on her book tour. 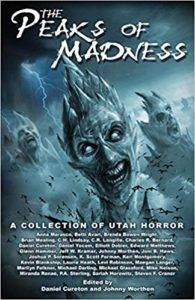 Caryn Larrinaga’s story, “The Watcher’s Warning,” was selected for inclusion in From a Cat’s View: Vol II.

T.J. Tranchell’s story, “One Out of the Desert,” was published by Tell-Tale Press on May 23. He also signed with Giles Press for his novel, Tell No Man, to be released in 2020.

Rachel Smith had a story published in the Daughters of Darkness anthology on May 15; there was an associated Podcast on May 25. The Amazon link is https://www.amazon.com/Daughters-Darkness-All-Women-Horror-Anthology/dp/1096558106

Peaks of Madness is about to debut and features many of our chapter members in the table of contents: https://tinyurl.com/y696taqj.