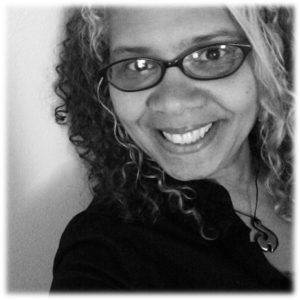 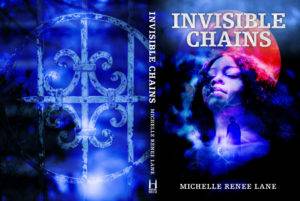 Michelle R. Lane writes dark speculative fiction about women of color who battle their inner demons while falling in love with monsters. Her work includes elements of fantasy, horror, romance, and occasionally erotica. In January 2015, Michelle graduated with an MFA in Writing Popular Fiction from Seton Hill University. Her short fiction appears in the anthologies Dark Holidays and Terror Politico: A Screaming World in Chaos. She lives in South Central Pennsylvania with her son.

In July, Haverhill House will release her novel, Invisible Chains, a horror/fantasy/slave narrative about Jacqueline, a young Creole slave in antebellum New Orleans. An unusual stranger, who has haunted her dreams since childhood, comes to stay as a guest in her master’s house. Soon after the arrival, members of the household die mysteriously, and Jacqueline is suspected of murder. Despite her fear of the stranger, Jacqueline befriends him, and he helps her escape. While running from the slave catchers, they meet conjurers, a loup-garou, and a traveling circus of supernatural freaks. She relies on ancestral magic to guide her and finds strength to conquer her fears on her journey.

Recommended reading: Invisible Chains. Do you like what you see? The voice belonged to Señor Velasquez, but he hadn’t spoken. The idea of him reading my mind frightened me, but even more than that, I was embarrassed that he could feel my gaze upon him. I know you can hear me, Jacqueline. I asked if you like what you see. Do you find me attractive, or horrifying?

I ignored his voice inside my head and tried to pay attention to when I should bring out the next course. I noticed Lottie’s not-so-subtle signal that she had finished her soup. I collected the empty bowls and hurried into the kitchen, relieved that I could escape the dining room for a few moments.

“Girl, you look like you got a haint chasing you.” Cook set plates of salad down on the silver tray I brought to the kitchen.

I wiped away the sweat just above my upper lip.

“Are you feeling feverish at all?”

“No, that man just makes me so nervous.”

“Well, you never can trust them white devils. I swear they ain’t human like you and me. Too bad you used up all of Squire Jean’s potion.”

Stewart Hotston lives in Reading, UK. He loves pretty much all fiction. Stewart spends his days working in high finance and, in a completely unrelated subject, he read for a PhD. in Theoretical Physics, taking great interest in philosophy, theology, and economics (some of those even involving additional academic qualifications). He has previously been published across more than a dozen different publishers of short stories, and his first two novels were released by Alternative Realities. When Stewart is not writing or working, he’s also a world-ranked swordsman in both Rapier and Sidesword—for his troubles, he’s a senior instructor at The School of the Sword.

Speaking of short stories, I had the pleasure of editing and/or publishing a few of his stories around five years ago. One story that stood out for me was “All You Can Eat” in The Last Diner. I asked Stewart what inspired him to use Ganesh. “The inspiration for the story was a Bangladeshi friend of mine with a legendary appetite (he was known to eat up to five full meals a day—one time having a full roast chicken for lunch, then a second full lunch two hours later before having a full three course dinner on the same day). There is a legend about Ganesh eating a castle, and I wanted to include my friend in a retelling of that fable.”

It’s a great early story of his, and shows his skills, sense of humour, social awareness and ability to go dark. You can read his recent work in his new Tech-thriller with dystopic elements in Tangle’s Game from Rebellion/Solaris Books. 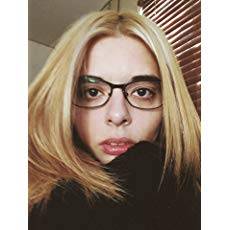 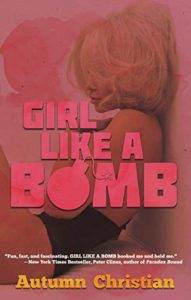 Autumn Christian is a fiction writer from Texas who currently lives in California. She is the author of the books The Crooked God Machine, We are Wormwood, and Ecstatic Inferno, and has written for several video games, including Battle Nations and State of Decay 2. When not writing, she is usually practicing her side kicks and running with dogs, or posting strange and existential Instagram selfies.

Her third novel is a dark journey of self-discovery. An existential labyrinth of love, sex, and self-actualization where the only way out is through.

When high schooler Beverly Sykes finally has sex, her whole life changes. She feels an explosion inside of her that feels like her DNA is being rearranged, and she discovers a strange power within. After chasing that transcendent feeling and fucking her way through the good, the bad, and the dangerous boys and girls that cross her path, Beverly notices that all of her ex-lovers are undergoing drastic changes. She witnesses them transcending their former flawed selves, becoming self-actualized and strong. Beverly gives herself over and over to others, but can she become who she is supposed to be, with the gift and curse that nature gave to her?

She can be found online at: http://www.autumnchristian.net/. Or you can follow her @teachrobotslove. 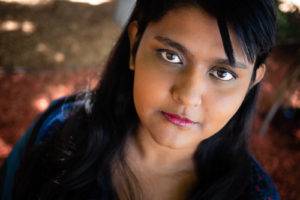 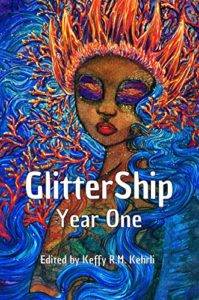 Nibedita Sen, a queer Bengali writer from Calcutta, is a graduate of Clarion West 2015, whose work has appeared or is forthcoming in Anathema: Spec from the Margins, Podcastle, Nightmare, and Fireside. She accumulated a number of English degrees in India before deciding she wanted another in creative writing, and that she was going to move halfway across the world for it.

These days, she can be found working as an editor in New York City while consuming large amounts of coffee and videogames. She helps edit Glittership, an LGBTQ SFF podcast, enjoys the company of puns and potatoes, and is nearly always hungry. Hit her up on Twitter at @her_nibsen, where she can usually be found yelling about Overwatch, anime, and what she’s currently reading. You can read her short story, “Never Yawn Under the Banyan Tree,” here: http://www.anathemamag.com/never-yawn-under-a-banyan-tree. Excerpt: “The moment I swallowed the pret, I knew I should have taken my grandmother’s advice. Never yawn under a banyan tree, she used to warn me. A ghost might jump down your throat. Well, touché, Grandma. I’m sure you’re shaking your head at me in heaven, but consider this: Was it really fair to expect me to believe not just that ghosts were real—and lived in banyan trees—but that they liked to cannonball down people’s throats?”

You can find her and more of her fiction at: https://www.nibeditasen.com/, or follow her on Twitter: @her_nibsen.