Hi, this is Kate Maruyama, on deck for the Seers’ Table this month. We’ve come up with some very tasty summer reading for you to round out your August. 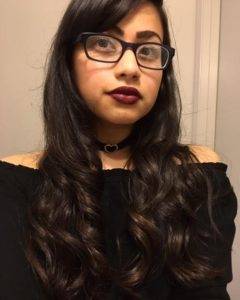 Rios de La Luz is a queer xicana/chapina sci-fi-loving writer living in El Paso. Her first book, The Pulse between Dimensions and the Desert, is out now via Ladybox Books. Her debut novella, Itzá, is out now from Broken River Books. Her work has been featured in Vol. 1 Brooklyn, Entropy, The Fem Lit Magazine, St. Sucia, and Corporeal Clamor. You can contact her at riosdelaluz@gmail.com.

Itzá – In her debut novella, Rios de la Luz examines the lives of a small family of water witches living near the U.S.-Mexico border. Exploring issues of race and trauma along with beauty and magic, Itzá is a powerful reclamation of body and identity. 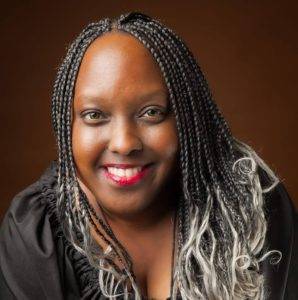 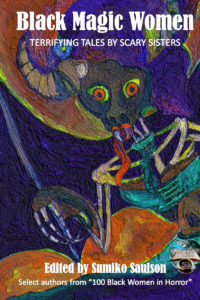 Nicole Givens Kurtz’s short stories have appeared in over 30 anthologies of science fiction, fantasy, and horror. Her novels have been finalists for the EPPIEs, Dream Realm, and Fresh Voices in science fiction awards. Her work has appeared in Bram Stoker Award® finalist Sycorax’s Daughters, and in such professional anthologies as Baen’s Straight Outta Tombstone and Onyx Path’s The Endless Ages Anthology.

Recommended Reading: “Blood Magnolia,” a story from the Black Magic Women anthology. Magnolia Bennett loved the way cherry blossoms bloomed in the spring. They fluttered like snowflakes, but bigger, more vibrant, softer. Wind kisses. She strolled along the illuminated path that cut through Arbor High School’s spacious grounds. Her thoughts had finally settled into a cloud of calm, perfect musings. Tranquil. Life should always be so sincere. The tiny wiggle of worry had been held at bay by the lush, warm sunlight, and the scent of Japan, falling at the gentle puff of the wind’s breath. Beside her, Cree Carnie practiced levitation. Arbor encouraged all its students to embrace their magic. Cree’s brunette hair lay flat despite the breezes’ attempts to muss it up. As if. Cree’s ironclad focus earned her a perfect score. Meditation strengthened her—in every way. 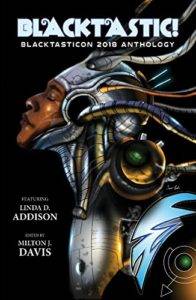 “Belly Speaker,” a story from the Blackstaticon 2018 Anthology. A series of shouts and the sounds of laborers outside jolted Honeysuckle awake. Through bleary eyes and a pounding headache, she looked over to Momma Wynn. Though still seated on the loveseat, the doll’s feet were now suspended high above the throw rug. Honeysuckle closed her eyes and breathed through the thundering at her temples. How’d she read the stars so wrong? Joining up with Bob’s Traveling Circus had given her a place to stay, a way to see the country, and money, her own freedom. She peered over at Momma Wynn. Had she really achieved that freedom? Yeah, from bondage and servitude, sure. Although never alone, she was alone all the time. Momma Wynn didn’t like people, especially those being friendly with Honeysuckle. The doll had helped her ice over her grief of her momma’s death and helped her talents as a belly speaker grow. But, the doll had also crept up inside of her and torn a hole that she couldn’t fix.

Visit Nicole’s other worlds online at Other Worlds Pulp, http://www.nicolegivenskurtz.com. 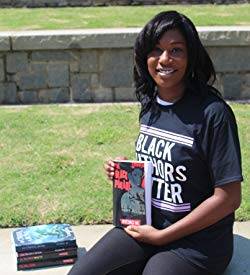 Kyoko M is a USA Today-best-selling author, a fangirl, and an avid book reader. She has a Bachelor of Arts in English Lit degree from the University of Georgia, which gave her every valid excuse to devour book after book with a concentration in Greek mythology and Christian mythology. When not working feverishly on a manuscript (or two), she can be found buried under her Dashboard on Tumblr, or chatting with fellow nerds on Twitter, or curled up with a good Harry Dresden novel on a warm Georgia night. Like any author, she wants nothing more than to contribute something great to the best profession in the world, no matter how small. 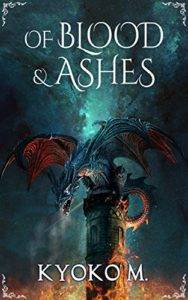 Recommended Reading: Of Blood and Ashes. The world’s deadliest dragon, the infamous Baba Yaga, is loose on the streets of Tokyo. Dr. Rhett “Jack” Jackson and Dr. Kamala Anjali have been tasked with helping the government take down a dragon the size of a Tyrannosaurus Rex after it sends part of the city up in flames. Things worsen when they lose track of the dragon in none other than Aokigahara, the Suicide Forest–a section of woods in Japan that is rumored to be one of the most haunted places on earth. They’ve also got the yakuza who cloned the dragon hellbent on getting her back, and they don’t care who they kill in order to re-capture the dragon. Jack and Kamala are joined by CIA field agent William Fry and dragon-hunting expert Juniper Snow as they infiltrate the forest to hunt the dragon before she can hurt anyone else. Between the ruthless yakuza hot on their trail and the growing mistrust in their small hunting party, it will take a miracle for Jack and Kamala to make it out alive …

Of Blood and Ashes is the second book in the series, following the Amazon best-selling Of Cinder and Bone.

Kyoko M. also has a story, “Wrath,” in the Blackstaticon 2018 Anthology. 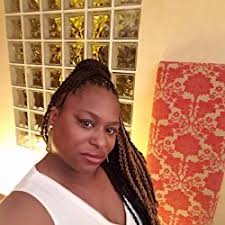 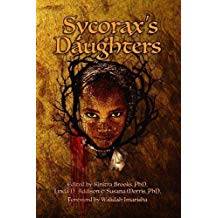 R.J. Joseph has recently discovered the joys of writing in the academic arena about two important aspects of her life: horror and black femininity. Her works can be found in a number of anthologies including Traditions and Awakenings, as well as Sycorax’s Daughters, edited by our very own Linda D. Addison.

Excerpt from “To Give Her Whatsoever She Would Ask” from Sycorax’s Daughters. What I had not been prepared for was the large ball of fire that slowly flew over my head. I saw brilliance and expected heat, but instead there was an icy chill in the wake of the ball. I turned to watch where it would go next, transfixed by the way my womb ached as it passed, and my heart called after it. The ball circled my torso several times. I could hear the coos of a baby, and longed to touch the softness of its skin. I reached out to it and was overwhelmed with dread. I drew my hand back and turned on my flashlight. The ball rose upwards and dissipated. 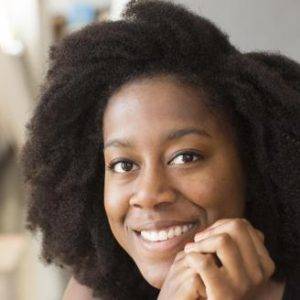 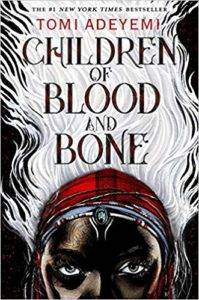 Tomi Adeyemi is a Nigerian-American writer and creative writing coach based in San Diego, California. After graduating Harvard University with an honors degree in English literature, she received a fellowship that allowed her to study West African mythology and culture in Salvador, Brazil. When she’s not working on her novels or watching SCANDAL, she can be found blogging and teaching creative writing to her 4500 subscribers at tomiadeyemi.com. Her Web site has been named one of the 101 best Web sites for writers by Writer’s Digest.

Praise for Children of Blood and Bone:

“High stakes, a captivating fantasy landscape, and a brave heroine worth rooting for make Children of Blood and Bone unlike anything I’ve ever read.” – Kami Garcia, #1 New York Times-best-selling co-author of Beautiful Creatures and author of The Lovely Reckless

“… Adeyemi keeps it fresh with an all-black cast of characters, a meaningful emphasis on fighting for justice, a complex heroine saving her own people, and a brand of magic made more powerful by the strength of heritage and ancestry. Perfect for fans of the expansive fantasy worlds of Leigh Bardugo, Daniel José Older, and Sabaa Tahir.” – Booklist, Starred Review