Looking for something fun to serve at your Halloween party (at least until HWA’s official cookbook is published)? How about barm brack? Maybe boxty? Some nice lambswool?

As with virtually all holidays, Halloween has its own special foods, which serve the holiday in different ways. However, since Halloween is one-part harvest celebration, food has particular importance at this time and serves in an unusual variety of ways: As offering for the dead, as feast for the living, as party fixings, as decoration, in fortune-telling customs, in games, and, most recently, as the candy provided to children during trick or treat.

Late October marks the end of the harvest, and in Europe this traditionally meant an abundance of apples, nuts, cabbages, pumpkins (in America), and potatoes (in Ireland). In the lore of the ancient Celts, their celebration of Samhain was marked with feasting and offerings to the gods (possibly also to the dead, although there is no archaeological evidence to support this). The Egyptian Feast of the Dead and the Roman Feralia were also marked with feasting and offerings, and it is possible that part of the reason November 1 was set as the date for All Saints’ Day was that it was easier to feed the pilgrims pouring into Rome after the harvest.

The earliest mentions of Halloween nearly all refer to food, usually bread or cake; throughout Europe and the British Isles special soul cakes were prepared and given to the poor or to beggars, usually on All Souls’ Eve (and usually as a form of payment in return for prayers offered for souls in Purgatory). In Scotland and Ireland, Halloween mumming (what we’d now call “street performance”) was rewarded with food; a 19th-century Scottish mummer described receiving, at the conclusion of a performance, “suet dumplings in a cloot (cloth) … and if you were lucky your slice contained a surprise, either a miniature doll or a tiny silver threepenny piece.” Meals were set out for the visiting dead; in Mexico special sweets were prepared for spirit children during Day of the Dead, and, during the French Toussaint, milk was poured on graves.

Special foods were also prepared purely for the living, especially in Ireland and Scotland: Apple tarts or dumplings, “sonsie kebbuck” (a lucky cheese), “banbrishd” (whipped cream), “brandered bannocks” (grilled barley—or pease-meal cakes), barmbrack (a bread made from black tea and dried fruits), boxty (a grilled concoction of potatoes and flour), lambswool (a drink made of bruised and roasted apples combined with milk or ale, and spices and sugar), and sowens (buttered oats) all came to be associated with Halloween. There were, however, virtually no Halloween dishes that featured meat; this may be due to Irish churches having originally designated October 31 as a fast day. In America, favorite foods included apple cider, doughnuts, popcorn, and pumpkin pie.

Cakes (and sometimes other food items such as mashed potatoes or ice cream) were presented as fortune-telling games, with small tokens hidden inside; to receive a portion of food with a token foretold one’s future. A ring indicated marriage; a coin, wealth; a small china doll, children; a thimble, “single blessedness”; and a sloe, long life.

Other foods became the agents of other forms of prognostication: Apples, barley, bay leaves, beets, cabbages, cornmeal, eggs, flour, herrings, kale, leeks, lemons, nutmeg, nuts, oats, and peas have all helped young people to learn about future mates or fate. Sometimes divinations require a complete meal: In one such practice, a girl would prepare an especially good meal and lay it out to tempt an appearance of her future husband, who would then be bound to her.

Halloween involves a number of food games: Aside from the classic bobbing for apples, there is also “the raisin race,” scadding the peas and snapdragon.

Some foods are known by their relation to fairies: Chickens, salt, and oatmeal all had special protective properties, while blackberries were blighted by the fairies (or sometimes the devil) on or about October 31.

Corn, pumpkins, oranges, apples, potatoes, and (in Great Britain) turnips have all made fine Halloween decorations.

Halloween parties sometimes centered around food themes, with guests invited to attend in costumes based on harvest fruits and vegetables. Menus for early 20th-century Halloween parties frequently featured heavy foods, and this suggestion from a 1917 article might explain why: “To insure the dreams of goblins and the frightful glimpses of futurity which one’s Hallowe’en slumbers should not fail to bring it is well to have one’s menu decidedly indigestible” (the menu in this article includes Lobster Newburg, cheese soufflé, roast quail, and waffles with syrup).

Finally, probably no other holiday has as many alternate names which are food-based as Halloween does: The holiday has gone by Allantide, Cabbage Night, Cake Night, Colcannon Night, Crack-Nut Eve, Nutcrack Night, and Snap-Apple Night.

Nowadays, Halloween is one of the top holidays for candy sales, of course, and candy corn—that sugary wax confection loved by some, hated by many—has become an icon of the holiday. 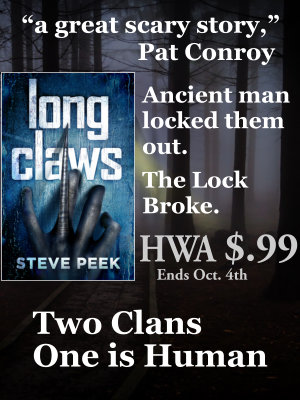