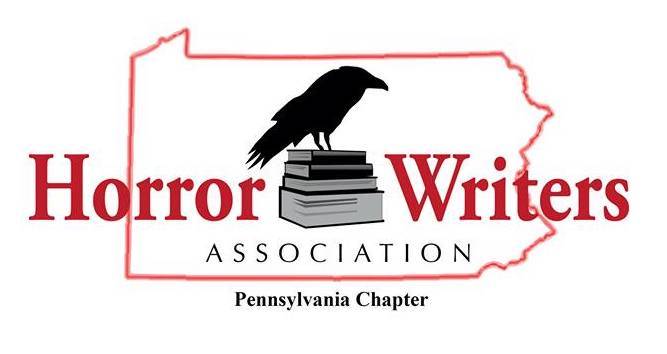 The Pennsylvania Chapter will have its next meeting on Saturday, October 5, 1-4 p.m. If you would like to attend a meeting, please contact Kenneth W. Cain at kennethwcain@gmail.com or on Facebook/Twitter.

Pete Molnar appeared on the YouTube series, The Deadman’s Tome, on Friday, September 19, to discuss his debut novel, Broken Birds.

Allan Rozinski has the following forthcoming in Weirdbook Magazine: poems (“Absent a Passion Play,” “The Sirens Sing at Sunset,” and “Empress of the Dark Domain”) and a story (“Rituals”).

The PA chapter and friends made a strong showing at Scares That Care in Williamsburg, Virginia, July 31 through August 2. Somer Canon and Todd Keisling kept busy at their vendor tables, as did regular chapter meeting guests Charles Buda, Tim Meyer, and Frank Edler. Pete Molnar (right) and friend J.C. Walsh hung around the tables to feed off their energy. 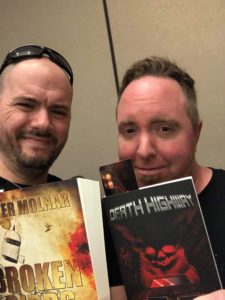 Pictured (l-r): Pete Molnar, Todd Keisling, and Tim Meyer. But where is Somer? Overachieving as usual. Unlike the rest of the rogue bunch, Somer Canon had no time for pictures. “I wanted a pic with Somer, but she was busy killing it,” said Pete, to which Todd replied, “There were body parts everywhere.” 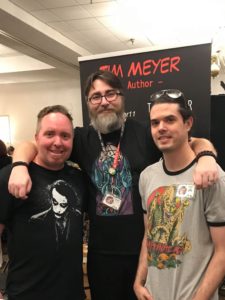 Tom Deady mistakes Todd Keisling for Santa Claus and asks for another Stoker for Christmas.