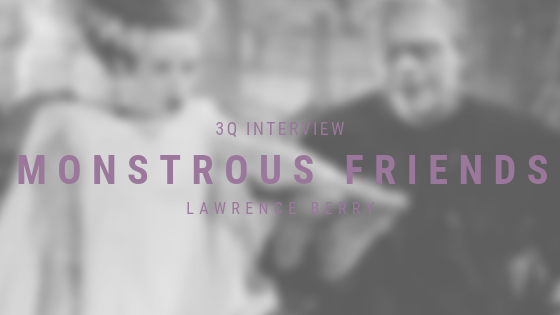 Monstrous Friends visits with writers who have been kind enough to submit to interviews over the last year, discussing what this Halloween holds for them.

Q: What are your plans for Halloween this year, Stephen? You can be inventive if the truth is dreary.

SGJ: I’m hitting every haunted house attraction I can find and afford, as I do every year. There’s nothing like cringing and screaming through twenty minutes of terror. It’s what Halloween’s about, for me. And, between those outings, I’ll likely process through one of the horror franchises. I just did HALLOWEEN and FRIDAY THE 13TH and SCREAM start to finish. Not sure what this October will be. But it’s been a while since I watched all three WISHMASTERS, I guess. That series isn’t quite a franchise, but it’s a pretty good time and would leave space for sneaking in more movies as well.

And of course, I’ll dress up as something, someone, who knows. Usually more than one costume over two or three days. Last Halloween I was Paul Stanley. Jason and Ghostface and a Jack Sparrow are standards—the first two are simple, and I like the pirate eyeliner I get to wear for the third, and I spent enough on all the gear that I probably should take it out of the box more than I do. I’ve got bin after bin of alternatives, though, mix and match into a whole variety of monstrosities, and, by Halloween day, I’ll have a few more, as one of my favorite things about this season is going to all the Halloween and costume stores and pulling mask after mask over my head, trying to find which one is the real me that can only come out for one night. Oh, too: I always, for Halloween, try to watch that MONK episode with all the trick or treating, “Mr. Monk Goes Home Again.” I don’t know why that single cozy episode rings all the right bells for me, but it completely does.

Q: For some reason, most Halloweens you do something unique. What about this year?

JS: Well, believe it or not, I’m going to be part of a zombie dance troupe that shuffles from bar to bar on Main Street in Havasu City and performs a dance to the tune “Zombie” by Bad Wolves! How’s that for getting into the spirit!!!

Q: Because it isn’t possible to anticipate Grady Hendrix, I would guess you are doing something uniquely different this Halloween?

GH: This Halloween I’m doing what I do every Halloween — heading down to Philly to the Exhumed 24-Hour Horror Marathon. For the past 13 years, the guys in Exhumed show 24 hours of horror on 35mm, and you have no idea what’s going to play until it appears onscreen. Maybe it’s a gorgeous print of Rosemary’s Baby, maybe it’s a bizarre K. Gordon Murray redub of a 1950’s Mexican children’s movie which has become a thing of unease in his slice n’dice hands, maybe it’s a patience-tester like The Incredible Melting Man. The older I get, the more painful the sit becomes, but to me, it’s my annual Mt. Everest.

Q: You celebrate Halloween in a legendary way. Would you share it with us?

CW: I’ve been decorating my house for about 20 years. When I was growing up, there was always some amazing house that went all out for Halloween, and I decided that’s what I wanted to be when I grew up. I wanted to be the Halloween Guy. No real aspirations other than to scare kids one night a year. That’s it.

Every year is a theme. I cover my wrap-around porch in burlap so you can’t see inside, then I go about building the theme. The Exorcist year featured an antique bed (covered in green vomit, of course) that slammed up and down when you walked by. The clown year had a custom-built 4’X4′ jack-in-the-box that launched a clown at you when a motion sensor was activated. Last year was snakes, which included a massive viper that spits venom (well, water) into the poor little trick-or-treaters’ faces.

This year I’m reusing some of my favorite parts from the last ten themes to create a nightmare-overload.

Q: Brecken Clifton is one of the cool salespeople who helped the HWA book the 2021 StokerCon at The Curtis Hotel. I asked her to share what the hotel is doing this Halloween.

BC: We normally do a fun Halloween party each year; however, our big lobby renovation starts the day after Halloween this year and we do not have anything planned since we will be gearing up for the renovation.

Note: This is why The Curtis Hotel is so cool. They reinvent constantly.

Best wishes from Monstrous Friends for a great Halloween! 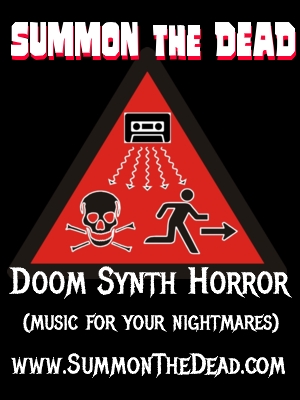