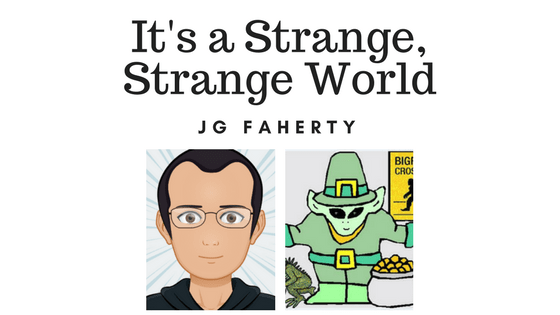 You’ve seen the show. How can you miss it, on the History Channel or its sister stations? Sometimes it seems like it’s not always on, it’s always been on. ANCIENT ALIENS. 13 seasons, 15 episodes per season. Do the math (I’m too lazy). And that’s not counting specials.

And through it all, you’ve probably laughed and shaken your head as everything from vampires to Atlantis to the pyramids of Egypt and Latin America are attributed to aliens butting into the business of early human civilizations.

“Conspiracy goofballs!” you cry with glee, as you compare Giorgio’s towering mane from 2009 to the one from 2018. (Does it seem as if his forehead is growing? Perhaps he’s descended from the Peruvian cone-headed alien hybrids!) Like the idea of conspiracy theories, and alien theories in particular, is so strange.

The fact is, it’s nothing new.

Humans have been creating conspiracy theories ever since some ancient Neanderthal first got suspicious that his neighbor was conspiring with the Homo sapiens down the path to steal his idea for a rolling disk.

Don’t believe me? Believe the evidence:

The bible has more than 30 references to alien encounters.

There are dozens of alien encounters mentioned in the Vedic – Hindu scriptures, particularly the Bhagavat Purana.

Carvings from ancient Mesopotamia and Sumeria depict strange beings in space suits and reptilian-human hybrids. And in The Epic of Gilgamesh, there is mention of strange scorpion-people.

The Incas, Aztecs, and Mayans all wrote about beings from space that came to Earth.

Even in early modern times, some of the greatest minds of science and literature expounded on alien theories:

In Kepler’s Somnium, he talks about beings that live within the moon.

And shining luminaries such as Winston Churchill, Stephen Hawking, and Demi Lovato all believed (or believe, in Demi’s case!) that alien life exists and quite possible we’ve been visited.

The evidence is there, and for thousands of years these brave theorists have been trying to open our eyes. Machu Picchu. The Annunaki. The Egyptian hieroglyphics that bear an astounding resemblance to laser weapons and light bulbs.

Gods emerging from the sky on flying vehicles. Great battles fought in the heavens above. All inscribed, written, carved, or painted for posterity by people brave enough to stand against conventional wisdom and shout “They are among us!”

For, if you really think about it, weren’t those ancient scrolls, texts, and carvings simply the equivalent of today’s History Channel? A modern form of media being utilized to spread knowledge that all is not as it seems, that we shouldn’t trust the government or the religious hierarchy.

Because they are in league with the extraterrestrials.

Say what you will, but these ideas simply cannot be ignored. Taken one by one, it’s easy to refute them. But as a whole … 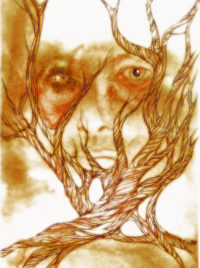