So far, we’ve had a fantastic year. In February, to celebrate Vice-President John Palisano coming to town, HWAColorado hosted a 13-author reading and signing at the Denver BookBar. The weather was great (John brought good weather with him from L.A.), and the drink specials only made it better.

Upcoming summer events turn to education. We’ll be hosting a two-hour event for chapter members with Becky LeJeune of Bond Literary Agent to talk about the 2018/19 market as well as the perils and benefits of having an agent. RSVP is required for this event.

Also, we’ll be having a series of Masters’ dinners at the Imperial Chinese, where one of the Colorado Masters or Grand Masters talks about writing over the course of a long and fun evening. Schedule for this will be available next month.

In October we partner with the Denver Library to bring horror to the Metropolitan Cafe. This is a public event.

Finally, HWAColorado is growing, with satellite chapters in Boulder and Colorado Springs. 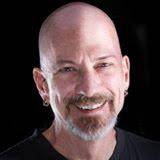 Dean is one of the hardest-working men in Colorado horror. As Acquisitions Editor for Hex Publishers, Dean can be seen at every Denver convention working the sales table, doing giveaways, showing the latest offerings from Hex, which range from comics and graphic novels to novellas and novels in dark speculative fiction. A long-time antiquarian bookseller and collector, he does a series of blogs on antiquarian book collecting.

Q1: In addition to the antiquarian pursuits, you’ve been a bookseller at the Denver Book Mall for a number of years. What’re the best things about selling rare books?

A1: By far the best part of being a bookseller is when someone is looking for a particular book they’ve been wanting but haven’t found it, and you know you have it on your shelf. When you hand it to them and see the look of happiness on their face, it’s pretty damn special. I have actually seen customers get teary-eyed, which is awesome.

Q2: You’ve had a number of short stories published in the last couple years. What are you working on now?

A2: I am currently working on a ghost-themed short story that doesn’t have a working title yet. It starts out on Christmas morning in the 1920s on a frozen lake in Pennsylvania and ends in the 1960s at a drive-in theater in the summer at the same lake. Can’t give much away right now, but people die and come back to haunt for some cool reasons. I also have this one novel, but what writer doesn’t? Am I right?

Q3: As acquisitions editor for Hex, you’ve brought in some great writers. What does an editor look for in today’s market?

A3: Hex Publishers is invite-only for its anthologies. That decision was made early on. Diversity was an absolute must. From the beginning, Josh Viola and I wanted people from all walks of life. We hoped all that diversity would show up in their work, and, man, did it ever.

I wanted good writers, some well-known, some not so much, but people whose work I had read and knew. We chose to place very few restrictions on them other than word counts and just let them create. The results have been far beyond what we ever originally conceived.