Tuesday, September 10th was World Suicide Prevention and Awareness Day. To commemorate the occasion, and to stay consistent with HWA’s continued advocacy of mental-health awareness, the HWA co-sponsored, along with professional-arts fraternity Gamma Xi Phi and Laughing Black Vampire Productions, an event held at Bed Stuy’s own Brooklyn Tea. 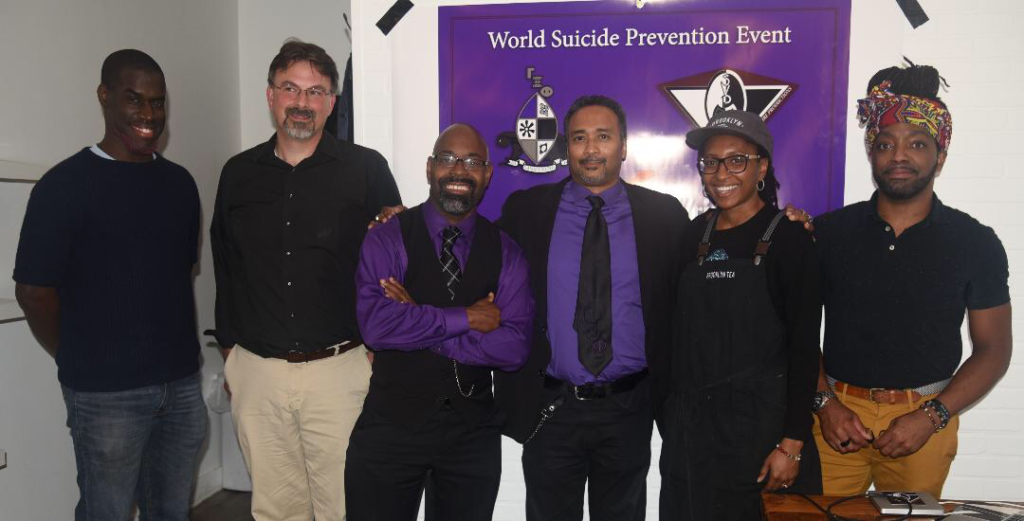 Steven Van Patten served as Master of Ceremonies and common thread linking the three organizations. Also in attendance was New York chapter coordinator James Chambers. Mental-health expert Alex Hardy was the keynote speaker. Marc Abbott showed his support by giving away copies of Hell at the Waystation, the acclaimed anthology that he and Van Patten wrote. The event was both informative and emotional at times, with many walking away with a new perspective on the issue. 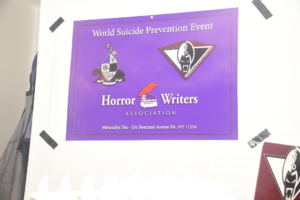 The event, in conjunction with an online component, raised $730 for the American Foundation for Suicide Prevention. 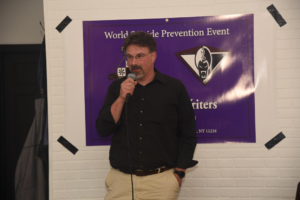