Of all the cemeteries I visited to write Wish You Were Here: Adventures in Cemetery Travel, the scariest was the cemetery island of San Michele in Venice.

The cemetery itself is a maze of interconnected gardens where the permanent graves are dug into the sod. These include a garden dedicated to the dead of World War II, a Russian Orthodox section, and a section for strangers and Protestants, among others.

The guidebook said to get a map from the sexton at the church, but when my husband Mason and I explored the mortuary chapel — with its corpse-door off the water through which the deceased could be handed up from a hearse boat—we had the place to ourselves. We left some coins for a copy of the postcard, but there wasn’t anyone to sell us a map.

If we’d had any Italian—or experience had indicated that Italians might possibly speak any English—we might have knocked on the private doors along the hallway at the back of the church. Instead, we decided it was only an island; how easy could it be to get lost?

In our defense, those were our first hours in Venice, so we had no idea how foolish we were.

We knew there were other people on the island with us. They’d come over on the same waterbus, then marched purposefully up the ramp to the cemetery while Mason and I lingered to read the historical plaque. They’d vanished completely, as if swallowed.

We poked around, photographing everything that caught our eyes. For an island, the air inside the walled gardens was surprisingly dry. We drank all the water we’d brought with us. The light began to change as the afternoon got old. The shadows grew darker. We realized we didn’t know where we were. In fact, no one knew where we were, because we’d checked into our hotel, dropped our suitcases, and hurried off to the cemetery without saying a word to anyone. Neither of us had thought to ask when the last boat stopped by the island.

If we missed the last boat, we were looking at spending the night on the island: no water, no food, no jackets. These were the days before cellphones. We joked nervously about swimming across the lagoon.

As we headed toward where we thought we might find the mortuary church and the quay, we discovered the new section of the graveyard, where the modern Venetians were buried temporarily in rented mausoleum crypts.

Each tower of crypts had a mosaic panel at its end. One mosaic brought me up short. St. Lazare was rising from his grave at the sound of his master’s command: Lazarus, come forth.

Trapped on an island in the middle of the Venetian lagoon with a graveyard full of Catholics waiting to be called from their tombs by the Trumpet of Doom: that was a scenario I hadn’t imagined before. I flashed on the splinter being slowly jabbed through the woman’s eye in Fulci’s ZOMBI 2.

Mason and I renewed our rush toward the water and the boat back to the island of the living. 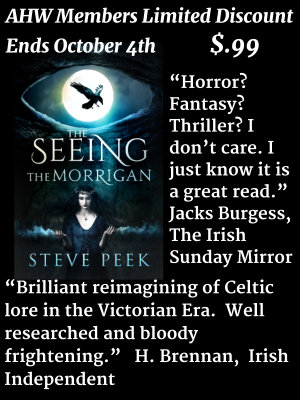