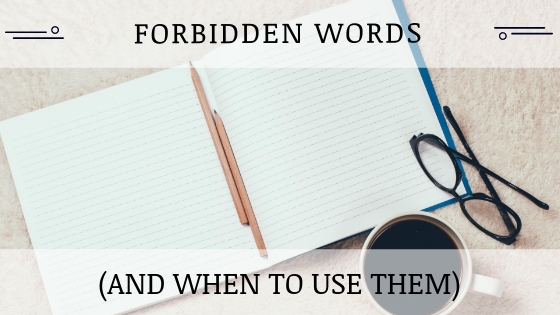 … it was the theory of the ancient Magicians, that any living being is a storehouse of energy varying in quantity according to the size and health of the animal, and in quality according to its mental and moral character … 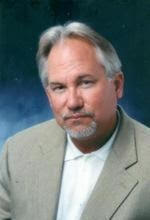 Grimoires And The Forge Of Nightmares

Do genuinely forbidden, occult treatises exist in the modern world?

Who has them and how do I get a look?

The great libraries of the world, private antiquarian collectors, and the Vatican’s Secret Archives all house works on satanism and witchcraft. An interested party would need to earn scholar’s credentials or have someone very good at creating false identities counterfeit them. A wide and nimble knowledge of Olde English, Middle English, Latin, Arabic, ancient German and Italian, along with gifted insight into the science of cryptography would help—a person could be burned at the stake for the sin of heresy in more centuries than not and grimoires were often written in code. It would also be wise to attain a master’s knowledge of very old books themselves—the paper they were penned on, the material used to construct the covers, the ink used in the illuminated borders and illustrations, the quality and flow of period quills and brushes. Authentic editions, with provenance, sell for a great price, and forgeries are rampant. An equally lavish fee is charged for a single reading of the rarest, genuine, and powerful spell-books.

Occult literary works are called grimoires. The word comes from the French grammaire, or school book, and this body of study does offer unique education into the sciences most dear to the denizens of hell.

As we will be delving into mystical realms, perhaps it would be wise to view a short dictionary of occult terms.

Pact: a binding agreement with a spirit, usually a demon, for services beyond the power of nature, such as procuring treasure. In ceremonial magic, formal pacts are made enabling a magician to control a spirit for certain tasks and favors.

Lucifuge Rofocale: Satan’s Prime Minister of hell. The spirit responsible for entering into pacts with human beings. Many believe the name to be an anagram for the demon Focolare.

Kabbalistic Circle: a sacred, purified, and protected space in which magical rituals are conducted.

Hazel Wand: used for invocation and evocation, capable of organizing the forces of nature in spell casting.

Perhaps the greatest student of magical arcana was A.E. Waite, a scholar and demonologist who spent years tracking down the lost works of occult lore. One of his obsessions was finding and reading the one, true, overshadowing treatise beyond all others: the Grand Grimoire.

The book is sometimes known as The Red Dragon or the Gospel of Satan. Written somewhere between 1421 and 1521, exact authorship is contested. Writing a book of this kind would take twenty to twenty-five years of exacting work, and its genesis may have required the efforts of numerous adepts. Many grimoires are the work of centuries, altered and added to as the book passed from hand to hand, life to life.

Multiple copies of the Grand Grimoire book exist, which means all but one is either a translation or a forgery. The Library of London houses an edition in its Rare Books Collection, acknowledged as a copy of indifferent fabrication. The Secret Archives of the Vatican houses the uncontested original.

Your columnist pursued this unholy Gospel, as so many have before, only to come up against the elite, sophisticated army of scholars in Rome. One man on earth may view the Secret Archives, and that person is the current Pope. This privilege is never shared when it comes to the Grand Grimoire.

The book itself is divided into two halves, with an intermezzo dividing the segments. The opening article details the construction of the occult tools required to summon a demon, including how one may beckon Satan’s Prime Minister, Lucifuge Rofocale, the lord of pacts. The concluding half is composed of two independent parts. In the first, the Sanctum Regnum explains how a demonic pact may be formed, the remaining portion laying out the rituals a warlock or witch may use after the demon has been enslaved and the rewards that may be gained. The Intermezzo, Le Secret Magique, où le Grand Art de pouvoir parler aux Morts, is the reason the book is regarded as anathema by the cognoscenti. It contains the spell by which one may raise the dead.

Why is this book, more than any other, so guarded?

The answer lies in the book’s legend. When a man or woman comes into possession of the Grand Grimoire, the owner is subjected to the temptations of the Christ. All the wealth and wonders of the carnal world are presented as offering for their immortal soul. If true, the first test each Pope confronts on ascension to the holy office is to prevail over the greatest temptations known to the Christian faith.

There are certainly other grimoires worthy of consideration. Sefer Raziel (the book of the angels) would be a worthy prize, as would be the First Liturgy To Satan, drawn by Giles de Rais himself, a work perhaps burnt by the Inquisition, or stolen by the Lords of Satan in the tumult of de Rais’ trial.

For our purposes, it is enough to know that occult horrors are as real as morning oatmeal, guarded by the sanctuaries of knowledge around the world, or in use today in hidden nucleus of alien faiths. These very real books have generated uncounted numbers of fantastical volumes that exist only in the respective author’s mind, our next tour of monstrous literature.

H.P. Lovecraft’s research into the Salem Witch Trials is shown in stories such as “Dreams in The Witch House.” His creation of the Necronomicon, a book Lovecraft lent unspeakable power, gave rise to Unaussprechlichen Kulten (Nameless Cults), Robert E. Howard’s invention, and De Vermis Mysteriis, coined by Robert Bloch, and later used by Stephen King. Ray Russell added Artes Perditae to the pantheon of demonic works in his novel Incubus. In the film WARLOCK, David Twohy used the unholy giant itself, the Grand Grimoire, to unseat the foundation of the world—in addition to its reputed powers of raising the dead and establishing communication with Satan, Twohy gives the book the strength to reverse creation itself by unleashing the unknown name of God.

Horror fiction and film are unique in employing grimoires as plot devices. Many writers reference imaginary demonic works, or invent new ones—THE EVIL DEAD franchise begins with a student opening the Sumerian Book Of The Dead.

Should a writer invent a grimoire?

Why not, if the creation adds piquancy to the tale?

Accuracy suggests research tracing the long-dead steps of A.E. Waite and his Order Of The Golden Dawn, for the sake of accuracy. While Waite wrote as a scholar for much of his life, he ended in silence. Had he found the grail of occult faith? Or succumbed to disappointment?

Demons may surely be summoned by the simple calling of their names and searching after evil tomes buried in the dust of time is not without risks. Alistair Crowley belonged to the same faith as Waite, and there is a legend stating that Crowley shared peyote with Hitler during his rise to power, which asks the question—what psychedelic dreams did Hitler experience under the drug?

However, this is no more than a rumor, long discounted by numerous authorities, and Crowley sleeps with the dead, however disturbed that rest might be.

Or does he lie in the grave?

Alistair Crowley might be summoned if one had the original Grand Grimoire and entered into a pact with Lucifuge Rofocale to exchange one’s soul for occult might. Once this bargain was made, it would be possible to summon the dead magician to testify as to the truth of the matter. One would be safe inside the magic circle and would enjoy power over the spirit of Crowley through use of the blasting rod and hazel wand.

The horror that exists in the act of necromancy comes from the belief that the dead believe themselves to be sleeping and don’t realize they’ve passed beyond the veil until they are awakened.

The line, never clear, between the living and the dead begins to fail the longer one looks into grimoires, literary reservoirs of unimaginable abilities.

Words are of greatest import in the sciences and dark arts for there they may raise a storm, curse a pregnancy, bring forth dreams of possible futures. These are worthy studies for writers most interested in the art of shadows.

Attribution: A.E. Waite, The Book of Black Magic and of Pacts, from the Introduction to the Grand Grimoire. Magick, by Alistair Crowley. Magic and Alchemy by Rosemary Guiley. Magic And Witchcraft by Susan Greenwood. 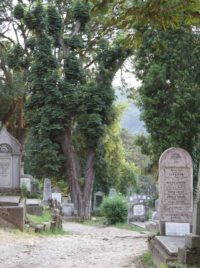 Ad: Out of What Crypt They Crawl

Grave Fascination: Cemetery of the Church on the Hill, Sighişoara, Romania