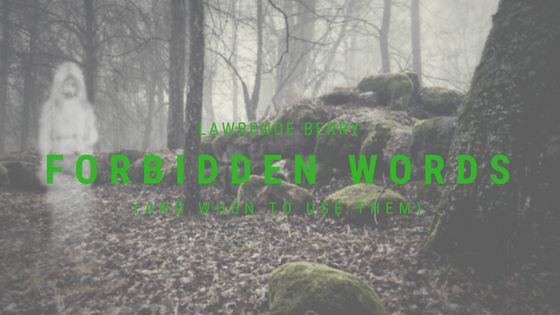 … this dark tarn of Aubur—

This ghoul-haunted woodland of Weir …

Beyond the Gates of Life (1)

Let’s begin our investigation into the vocabulary of horror with entities of supernatural origin—those which survive death to return and inflict malice upon the living.

Ghost: Old English refers to language in use between the 5th and 11th centuries. The origin of “ghost” comes from this period and meant spirit or soul, in the sense that this was part of a human being’s elemental make up. The spelling was gast. In the 14th century, this evolved into the concept of a dead person’s spirit able to haunt and appear to the living. By the 15th century, the word-form was spelled as “gost,” growing into the word we use today over the next century, most likely through various European influences. The unabridged Webster’s dictionary lists “ghost dance,” a term exclusive to North American Native American tribes, who perform a ceremony to raise ghosts.

Mary Shelley‘s intent before the dream that inspired Frankenstein was to write a ghost story. From the 1831 Preface, after her dream of Frankenstein’s creature: “I returned to my ghost story—my tiresome unlucky ghost story! O! if I could only contrive one which would frighten my reader as I myself had been frightened that night!”

Considering Mary’s transcendent power as a writer, one can only wonder as to the nature of this long-lost tale. It may not have been as sub-standard as Mary feared.

Ankou, or Churchyard Watcher: The origin of this word-form is not clear as it is shared with a number of cultures. By definition, this refers to the last person buried in a cemetery, who is cursed to watch over those in the graveyard until another person is laid to rest. This belief is the source of the controversy that arises whenever a cemetery is closed or deemed to be full, as the last person buried must watch over the graves for eternity and never go to their final rest. In previous centuries there would sometimes be a contest when two burials were being carried out on the same day to make sure the loved one was interred first and so avoid the curse. When long periods passed between burials it was believed one could hear the Ankou traveling the local lanes pulling a grave cart, looking for a victim. Visiting graveyards was feared because if the Ankou laid its hand upon your shoulder it was a sign that you were soon to die. While the Ankou is a ghost, in the truest sense of the word, it can be seen from the corner of the eye and has the power to summon people to an untimely end.

Blackbird: In ancient England, the blackbird was believed to be a messenger from the dead, and seeing one flying close was an evil omen. While they are sometimes portrayed as a witch’s familiar, blackbirds were believed to plague families pledged to Satan and to gather when a family member approached death.

Charm Wand: a glass rod filled with seeds, able to ward off ghosts from sunset until dawn. It was believed any tormenting ghosts were forced to count the seeds in the wand before entering the home.

Corpse-lights: If a person sees a spectral light over a grave it is the dead warning them of imminent death. The light is visible only to those soon to pass.

Grave: The rituals surrounding graves are numerous and long-standing across history. It was believed that a grave must be dug in an east-west direction, with the head laid toward the west to aid rising on Judgement Day. A vampire’s place of rest must be placed in a north-south direction being unholy. When a grave has been excavated, the funeral must take place before the next Sunday or someone will be cursed to fill it. Dropping anything in an open grave summons death, and the penalty may be one’s own life. The ground cannot be turned in a graveyard without risk of engendering a curse. Robbing a grave sometimes resulted in a lethal disease known as grave-scab. A flower must never be picked in a graveyard, and if picked, must never be given to another.

Crossroads: The significance of the point at which four roads intersect goes back to the concept of “ley lines,” ancient paths possessing spiritual power. Human sacrifice was once conducted at crossroads, which later led to gallows being erected in the same spot. The underlying belief in using this location to accomplish murder comes from the belief that a ghost can’t find their way back to the living because of the confluence of roads.  Deeper, darker, are the legends that witches’ covens congregate here to raise Satan as it is an unholy, unhallowed place, given over entirely to evil. Without a doubt, it is the one place one may be sure of raising ghosts of demonic aspect.

Dead Hand: In the long period in which gallows were used for execution, one of the oddest beliefs was in the power of the “dead hand.” Families in which a member was suffering from severe illness would pay a fee to the hangman to allow the dead hand of the hanged criminal to be stroked over the flesh of the ill. There is a connection here to the equal belief in a wraith, lost and enraged, confined to the crossroads, absorbing illness, drawing it as a magnet will iron filings.

Ghoul: from the Arabic ghul, a demon from the wasteland who exhumes the dead and devours corpses. Modern usage has evolved to add this additional attendant definition: a person who does horrible acts and enjoys loathsome things.

In contemporary fiction, a ghoul has sometimes been described as a hybrid creature, part human, part supernatural, who consumes ghosts as a form of nutrition, much as a vampire consumes blood.

Macabre: the primary definition is “ghastly.” The word is uniquely suited to any tale involving ghosts. Synonyms are: deadly, deathlike, deathly; ghostlike, ghostly. The word originated in the term “dance macabre,” which referred to the grim reaper tricking people into dancing with death itself until they themselves died. An earlier spelling, with the same meaning, was “danse macabre,” which occasionally continues to see use even though obsolete. The earliest use appears to have been “dance of the Maccabees,” and refers to an early Christian tragedy. In the year 165 B.C., Judas Maccabaeus led a revolt in Judaea that resulted in the murder of all of his followers. Their “dance” is a reference to their slaughter.

Frankenstein: In the unabridged dictionary the term Frankenstein is any person destroyed by their own creation or invention. Most citations include a popular definition: anything that becomes dangerous to its creator.

While the novel has bloomed into more than 281 book releases, the tale begins with the 1816 manuscript. The original draft has been lost and a subsequent handwritten copy contained in “Notebook A,” and “Notebook B” survives—it is essentially a novella, and it is incomplete. Subsequent proofs and revisions, together with the two notebooks, form the final draft of the novel—held now at Oxford. Charles Robinson produced the purest version in existence by painstakingly removing Percy Shelley‘s revisions, and William Godwin‘s later revisions, reproducing what would have been the original two-volume book without aid. Robinson’s seminal work, The Frankenstein Notebooks, is essential reading for anyone wanting to understand the partnership that existed between Mary and Percy.

Mary published a definitive edition in 1831, adding lengthy additions and rewriting the text, this time without Percy’s help (her husband having died in a boating accident). Mary Shelley did a preface, giving credit to Percy for “inciting” the tale to grow from a short work to a full novel.

Odd but true, the novel was stitched together by multiple hands to create the book we have today.

A reader sent in the word “Quisling.” Definition: a person who betrays his own country by helping an enemy occupy it; a traitor. This is a comparatively new word, of Norwegian origin, and dates to the Nazi occupation during WWII.

If you have a word or words, you wish defined and discussed, including invented language, send them to Larry at mihangelnc@gmail.com.