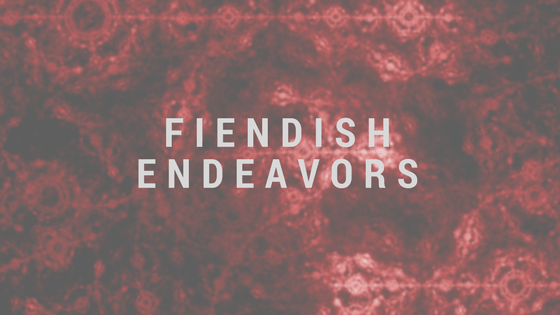 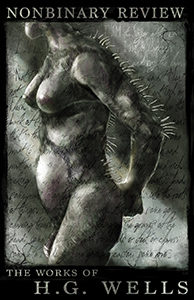 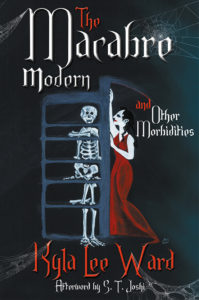 Carina Bissett placed her poem, “The Perils of Invisibility,” in Nonbinary Review #21 The Works of H.G. Wells (Zoetic Press, June 2019). In other news, her short story, “The Gravity of Grace,” was a finalist in the first quarter of Writers of the Future, May 2019. https://www.zoeticpress.com/lit-journals/nonbinary-review-issue-21-hgwells and https://www.writersofthefuture.com/writers-of-the-future-contest-1st-quarter-2019-winners/.

Kyla Lee Ward is delighted to announce the launch of her new collection of dark poetry and prose, The Macabre Modern and Other Morbidities, from P’rea Press. Or possibly she’s relieved.

Nina Shepardson has sold a short story to Vastarien.

Editor Loren Rhoads and publisher E.M. Markoff will be joined by contributors L.S. Johnson, Clifford Brooks, and Ben Monroe for a reading of stories from Tales for the Camp Fire, an anthology which benefits victims of the 2018 Northern California wildfires. The event is part of San Francisco LitCrawl and will be held on October 19, at 5 p.m., at Dalva (3121 16th St.) in San Francisco.

Susan McCauly tells us, “My debut YA novel, The Devil’s Tree, will be released on October 15. For more information, go to https://books2read.com/u/m2rXJk. Also, I’m having a book launch party and signing that will conclude with a family-friendly ghost tour at Glow Worm Books in Old Town Spring, Texas, on Saturday, October 19. The signing is 1-5 p.m.; the ghost tour begins at 6 p.m.” https://www.facebook.com/events/2116275628666026/?ti=icl.

Bruce Boston reports that he had a poem accepted for New Myth’s special anthology.

Marge Simon also had a poem accepted for New Myth’s special anthology, and Macabre Museum bought a piece of art from her. She has sold stories to Moonlit Path and a poem to Amazing Stories. Her short fiction, “It Has Her Eyes,” is available in Dark Moon Digest, PMMP publishing, edited by Max Booth III and Lori Michelle.

And from J.A.W. McCarthy, “My story, ‘Everything Here Is Mine,’ about a stubborn ghost and the people who try to take what’s hers, will be included in The Corona Book of Ghost Stories, out on October 1. I’m also thrilled to announce that my story about the missing and what happens when they return, ‘Sometimes We’re Cruel,’ will make its debut in Nightscript V, also out on October 1. And, though it’s not horror, my spec fiction story, ‘Luksaw,’ appeared in Immersion: An Asian Anthology of Love, Fantasy, and Speculative Fiction, this past September.” 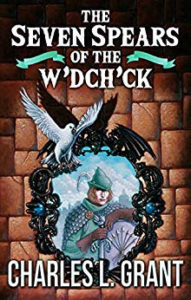 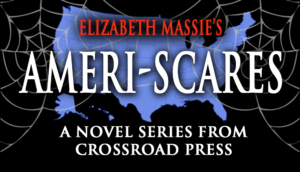 Charles Grant’s funny fantasy about the adventures of Jerico Dove, The Seven Spears of the W’dch’ck, has been published in e-book form by Crossroad Press. Cover artwork is by Jill Bauman. https://www.amazon.com/dp/B07XLPMCSW. Originally published in paperback as a Lionel Fenn novel.

Elizabeth Massie has exciting news! “Margot Robbie’s production company, LuckyChap Entertainment, is teaming with Warner Horizon and Assemble Media to develop my middle-grade book series, Ameri-Scares (Crossroad Press). The goal is to create it as a family-friendly horror anthology series. Much like the novel series (of which there are nine books so far—seven by me, two by Stephen Mark Rainey), each episode will take place in a different state and be based on an actual legend, folktale, or historic event from that particular state. Stay tuned!”

Stephanie Ellis tells us: “I’ve just had my short story, ‘Transcending Nature,’ released as part of Snowbooks‘ industrial horror anthology, Thread of the Infinite. It was published on August 1. Readers can find out more at https://stephanieellis.org/.”

James Dorr reports two new flash fiction sales: a zombie tale, “The Junkie,” to Itty Bitty Writing Space and a near-future satire (but also with zombies), “Steel Slats,” to Daily Science Fiction. Also, his short story, “Catskinner Sweet and the Twirling Teacups of Deadwood City,” has been accepted as a reprint for Breaking Bizzaro.

On the Night Border by James Chambers is now available from Raw Dog Screaming Press, with an introduction by Linda D. Addison: http://rawdogscreaming.com/books/on-the-night-border/. Dark things stir in the night. When the world sleeps and quiet settles in, shadows assume sinister shapes, guilt and regret well up from the mind’s deepest recesses, and darkness bares the secret truths whispered on the lips of the lost and the desperate. The fifteen stories collected here come from the last edge of the light and deliver glimpses into the dreadful, the mysterious, and the strange from across … the night border!

From Bram Stoker Award®-nominated author Peter Adam Salomon comes PseudoPsalms: Revelation, which continues his examination of the human struggle for salvation. Containing the Science Fiction and Fantasy Poetry Assn. Dwarf Star-nominated poem, “Psalm,” this fourth poetry collection from the founder of National Dark Poetry Day (October 7) explores new frontiers in politics, current events, and the concept of sin through the prism of poetry. https://www.amazon.com/PseudoPsalms-Revelation-Peter-Adam-Salomon/dp/1688010416/. “Peter Adam Salomon is one of the most talented and insightful poets of the 21st century” – Jonathan Maberry, New York Times-bestselling author of Rot & Ruin and V-Wars.

Larry Hinkle tells us: “I have two short stories, ‘Why Bother?’ and ‘I Want Candy,’ in Trickster’s Treats #3: The Seven Deadly Sins published by Things in the Well Publications coming out Halloween 2019.”

Vesuvian Books is pleased to announce a new release from 2018 Bram Stoker Awards-nominee Monique Snyman. The Night Weaver (The Harrowsgate Series, Book I) will be available in print and e-book on October 15. The adults of a small New England town seem indifferent when children begin to disappear, leaving only Rachel Cleary and a few allies to search for answers. More information including purchase links can be found at http://vesuvianbooks.com/the-night-weaver/.

Vesuvian Books is also pleased to announce a new release from 2018 Nautilus Book Awards-winning author Liana Gardner. Speak No Evil will be available in print and e-book on October 1. What if every time you told the truth, evil followed? The daughter of Appalachian snake handlers becomes a ward of the state after her eerie “gift” causes a tragedy that leaves her orphaned. More information including purchase links can be found at https://lianagardner.com/young-adult/speak-no-evil/.

The anthology Tales from the Crust is finally out, and includes Sheri White’s bizarre/surreal story, “Mickey and the Pizza Girls.” It’s the first (and maybe only) pizza horror anthology out there, so give it a read!

Kathy Ptacek is happy to announce that she survived editing and formatting the honkin’ huge perhaps-the-longest-one-so-far October issue of the HWA Newsletter. She’s a little sleep-deprived at present and does not wish to be offered pumpkin-spice anything for quite a long time.