Naching T. Kassa is proud to announce the inclusion of her story, “In Giving, We Receive,” in issue number 46 of The Sirens Call eZine. 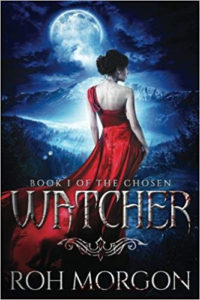 Heddy Johannesen says, “I am proud to report that Paranormal Chronicles is publishing my second article, ‘The Ghosts of Halifax Harbour,’ in the fall issue of their popular ezine.”

Marie Wood‘s short story, “Vices,” will be published in Trickster’s Treats #3: The Seven Deadly Sins published by Things in the Well Publications coming out Halloween 2019. 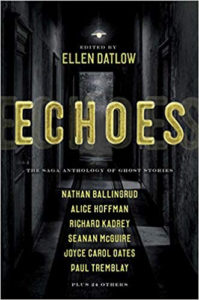 Ellen Datlow‘s Echoes: The Saga Anthology of Ghost Stories, which includes 29 stories (all but three new) was published August 20 by Saga Press and is available in hardcover, paperback, and e-book formats.

Patrick Moody will be signing copies of his book, The Gravedigger’s Son, at CT Horrorfest, Saturday, September 14, in Naugatuck, CT.

Jeremy Essex says, “I’m excited to announce my short story, ‘Experiments With Time,’ has sold to Deep Magic and should be coming out in September.”

Marge Simon tells us, “I’ve sold a story to Daily Science Fiction and a poem to Amazing Stories.”

Lisa Morton has some good news! “Short story sales: “Family” to Ellen Datlow for Final Cuts, coming next year from Anchor Books/Blumhouse; and “Imperfect Clay” to Michael Bailey and Doug Murano for Miscreations, coming next year from Written Backwards. Short nonfiction sales: “You Really Don’t Want to Do This: Extreme Haunts and the Boundaries of Horror,” currently appearing in Nightmare Magazine (September issue). As editor: the mini-anthology Strange Tales of the Macabre: Ghosts, including work from Eric J. Guignard, Kate Jonez, Rena Mason, and John Palisano, now available from Amazon.