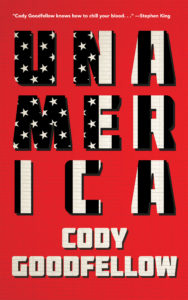 Cody Goodfellow‘s seventh novel, Unamerica, an ambitious speculative horror epic set in a corporate-run model-city/concentration camp on the U.S./Mexico border, is due out June 7 from King Shot Press.

Kyla Lee Ward is very happy to have her poem, “Mourning Rites,” appearing in The Audient Void #7. 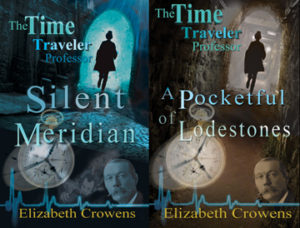 Marge Simon reports that she sold “Drink of the Gods”—a darkly potent poem and the art for it—to Star*Line.

Chad Stroup will have a short story published in Shock Totem titled “The Fluids That Giveth, and Those That Taketh.”

Elizabeth Massie is happy to announce that her newest creepy story, “It’s in the Cards,” will be appearing in the anthology The Porcupine Boy and Other Anthological Oddities, edited by Christopher Jones, published by Crossroad Press. Due out summer 2019.

Lisa Morton has revealed that her story, “A Housekeeper’s Revenge,” will be in the first issue of the rebooted Weird Tales. Also, “The Chemistry of Ghosts” will be in the middle grade anthology Terrifying Tales to Tell at Night.

“I have an essay, ‘A Writer’s Life: Dangerous Dames,'” Amy Grech tells us, in the StokerCon 2019 Souvenir Anthology, available at https://www.amazon.com/StokerCon-Souvenir-Book-Linda-Addison/dp/1732803528. 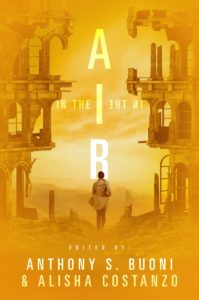 Lawrence Berry is pleased to announce his story, “Abra,” will appear in the latest anthology from Transmundane Press, In The Air, a collection that offers transport into dark imaginings.

JG Faherty would like to remind everyone that his next novel, Hellrider, a twisted, dark, supernatural tale of revenge, comes out in August, from Flame Tree Press. “Hellrider is a thunder and muscle hell ride through dangerous territory. Fun, wicked, and unrelenting. A horror thriller that breaks the rules and the speed limit at the same time.” – Jonathan Maberry, New York Times bestselling author of Code Zero and Dead of Night.

Sheri White’s story, “URBEX,” will be published as part of The Ladies of Horror Flash Project on Nina D’Arcangela’s blog, on June 3. https://ninadarc.wordpress.com/