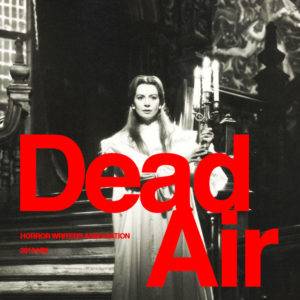 Before we know the film we are watching, we hear the film we are about to see. The opening of John Carpenter’s HALLOWEEN (1978) begins in darkness and then the frantic, and now famous, theme begins before cutting to the slow zoom in on a hastily chopped jack-o-lantern. A single candle glows eerily as the credits loom. It’s a fairly ominous affair. For here we are introduced to Michael Myers and the gruesome fratricide of his sister … shockingly shot from within the mask transforming the passive audience into a killer. This is the opening, before he sets out on his evil quest for revenge. We understand the tone. We understand fear.

HALLOWEEN recently generated a successful sequel (2018). There are obvious parallels within both movies, between characters and their development (or inability to develop) and even between the soundtracks now spaced forty years apart. I believe it is something incredibly special. Not only did John Carpenter generate one of the most iconic horror film scores since his idol Bernard Herrmann for PSYCHO (1960), but four decades later, he was able to develop and build on that same iconic score which captivates with new twists.

HALLOWEEN (2018) begins with a similar start from HALLOWEEN (1978), the candle-lit pumpkin in the dark, only this time it is completely rotten and through reversing the film the pumpkin comes back to life. This reverse rebirth is a clever gesture to rebuild the franchise after its hijacking by Rob Zombie and even the later series HALLOWEEN IV: THE RETURN OF MICHAEL MYERS (1988) and HALLOWEEN V: THE REVENGE OF MICHAEL MYERS (1989) and their mundane recycling of plot lines. Or even the strange, but somehow endearing HALLOWEEN III: THE SEASON OF THE WITCH (1982), where Michael Myers was nowhere to be found, either seeking his revenge or his return.

The film is set to the 5/4 rhythm of the original theme, John Carpenter, joined by his son Cody Carpenter and musician Daniel Davies, revamp the theme with a bit heavier synthesizers and robust electronic drum beats that populate their tense score.

In 1978, Carpenter was in a budget and time crunch, having only two weeks to quickly assemble a soundtrack for his film. HALLOWEEN (1978), originally titled THE BABYSITTER MURDERS, was screening, and it was not scary. So, after a name change to enhance its ability to scare, the soundtrack had to be considered as a way to build and release tension.

In HALLOWEEN (1978), the plot is incredibly simple: a young boy possessed by evil murders his sister, is put away for many years, and then escapes to return to Haddonfield, IL to execute a few babysitters who remind him of his dead sister. He also manages to kill dogs and boyfriends while being hunted by his gun-packing caseworker, Dr. Loomis (played by horror veteran Donald Pleasance). Upon screening a rough cut, before the music was added, Carpenter was told it wasn’t scary, and he decided to “save it with music.” This was after his confidence was boosted with the success of ASSAULT ON PRECINCT 13 (1976). The soundtrack resolves the issues for the scares by providing a haunting theme for the opening and end titles, for Laurie Strode (Jamie Lee Curtis), for the villain Michael Myers (Nick Castle), for the jump scares, and other incidental cues. The same film executive who said the film wasn’t scary complimented the film on the first viewing with the new score. It would not be the same film without the soundtrack.

HALLOWEEN (1978) was a massive success inspiring genre tropes and multiple imitators: FRIDAY THE 13TH (1980), THE DORM THAT DRIPPED BLOOD (1982), A NIGHTMARE ON ELM STREET (1984), THE MUTILATOR (1985), THE BURNING (1981), and many more. It spawned multiple sequels and remakes with varying levels of success before the concept of the rebooted sequel took root. Carpenter was involved in the soundtracks of HALLOWEEN II(1981) and the Michael Myers-less HALLOWEEN III: THE SEASON OF THE WITCH(1982) with his musical collaborator Alan Howarth. Howarth cannot be overlooked here, for his early assistance with the synthesizers; he then went on to do the soundtracks for the following two sequels HALLOWEEN IV: THE RETURN OF MICHAEL MYERS (1988) and HALLOWEEN V: THE REVENGE OF MICHAEL MYERS (1989). The synthesizer performed much in the way of an orchestra on a tight budget, but required more technical expertise. HALLOWEEN (1978) isn’t known for its epic synthesizers; however, it is the discordant piano that has made its mark in the annals of horror soundtracks. Carpenter admitted that they composed blindly and then assembled later.

HALLOWEEN (2018) is an almost mirror of the original as far as its plot. Michael Myers escapes, returns to Haddonfield; however, in this film he meets a Laurie Strode (Jamie Lee Curtis) who has prepared her entire adult life for his return. Likewise, the soundtrack is entirely different, owing more to the synthesizer work of HALLOWEEN II and III but with an updated industrial palette: droning synthesizers, discordant arpeggios, and overall creepiness. The soundtrack facilitates what I would argue is an even better script, with much clearer motives and understanding. HALLOWEEN (2018) arrived at the right time—addressing how trauma never goes away, and, in the era of #metoo, it provided a cathartic moment for much of its audience by showing a strong female protagonist and her ability to be prepared and strong in the face of evil. In fact, Curtis said in an interview that, to her, HALLOWEEN (2018) is the film of the woman at the end of HALLOWEEN (1978) who shouts at the children to go and get help and who has lived a life aware that she would have to call upon that strength again.

Both movies bookend a strange meandering franchise. They are clearly the superior two films of all the sequels and remakes, and the soundtracks are entirely singular in their work on their own. Certainly, the more recent soundtrack refers to the original, but, like the first one, it stands on its own. There is another non-synthesizer or piano sound, though, that still chills the spine. In the final moments of HALLOWEEN (1978) after Michael Meyer’s has vanished after his fall, the scenes cut not to a larger resolution but to domestic interior spaces cast in blank nighttime shadows. Over it, Carpenter has the heavy breathing from within the mask take over the soundtrack in a horrifying montage of potential suburban violence before we hear the end theme and credits. 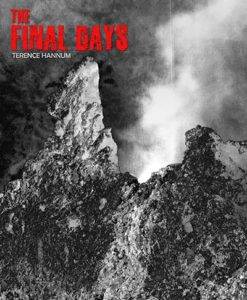 Terence Hannum is a Baltimore, MD-based artist, musician, and writer. His novella, Beneath the Remains, was published by Anathemata Editions; his novella, All Internal, was published in 2018 by Dynatox Ministries; and his novelette, The Final Days, was published this year by Unnerving. His short stories have appeared in Burrow Press, Terraform, Queen Mob’s Tea House, Lamplight, Turn to Ash, SickLit, and the SciPhi Journal. http://www.terencehannum.com