We’re no Fools up here in Canada! We’ve been working hard all winter; writing and having meetings.

Our next HWA Ontario Chapter Meeting is on Monday, April 8, at 7 p.m. at The Madison Pub in Toronto.

Colleen Anderson writes: A Body of Work was successfully launched in the UK and in Vancouver, BC in February. The collection of dark fiction is available through Amazon and through Black Shuck Books. https://blackshuckbooks.co.uk/a-body-of-work-2/, https://www.amazon.com/Body-Work-Colleen-Anderson/dp/1719934800. Quatrain.fish has just published a wee horror poem of Colleen’s, and “Secret of Trees” was bought by the Journal of Inventive Literature, but won’t be out until next year. 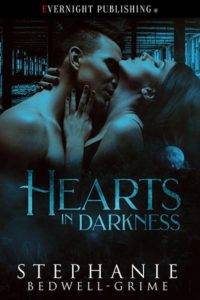 Stephanie Bedwell-Grime’s new vampire novel, Hearts in Darkness, is now available from Evernight Publishing. A reclusive vampire rescues a woman, only to find that his heroism has dire consequences. https://www.evernightpublishing.com/hearts-in-darkness-by-stephanie-bedwell-grime/

The We Shall Be Monsters anthology includes Lena Ng’s story “Love Transcendent. She has another story coming out at the end of March in Hinnom Magazine 010 called “The Split Through the Sky.” 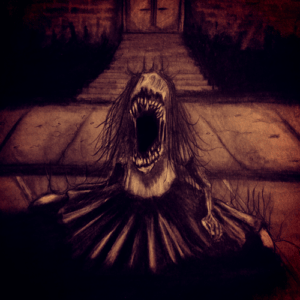 Toronto author Jessie Turk has been featured in the award-winning horror fiction podcast, “NoSleep.” Her story, “Fresh Meat,” can be heard on season 12, episode 12. https://www.thenosleeppodcast.com/episodes/s12/12×12. Just remember, if you’re a college freshman, don’t take everything your upperclassmen say at face value. Otherwise, you might just become Fresh Meat. Learn more about Jessie Turk and her other works at her blog (http://www.twistedtalesstudio.com) or on her twitter feed (@TwistedtalesSt). 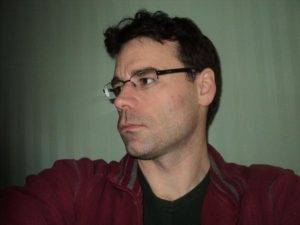 Our newest chapter member came to our meeting on Monday and survived! Here’s some info on him: Rob Bliss was born in Canada in 1969. He has lived an horrific comedy of a life. He watched half of his family die before he reached the age of twenty, with the other half absent. He is very familiar with coffins and graves, funerals, and unholy weddings. He has held dozens of mindless jobs such as eating-while-driving courier, chain-smoking catering delivery driver, oyster boy, burned burger flipper, sleepy grass cutter, accident-prone car parker, illiterate baker’s assistant, idiot construction worker, truth-telling salesman, lazy security guard, acrophobic roof cleaner, and many others. He has an honours degree in English and Writing from York University, Canada. He has over fifty stories published in thirty Web-based magazines, plus two anthologies. He is the winner of SNM Magazine’s Author of the Year for 2013. He has three novels published or forthcoming from Necro Publications. His first novel, Cut, was published in 2014, while his second novel, The Bride Stripped Bare, will be published in April 2019. And a third novel will be published in the summer of 2019. 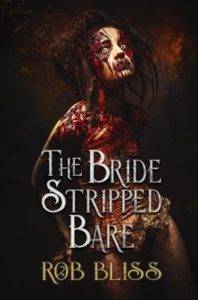 Sèphera Girón continues to create horoscope videos for Romance Daily News as well as making fun little Writing Prompts and sharing other musings at her YouTube channel, Sephera’s World. http://www.youtube.com/sephera. Sèphera is still running her Lunchtime Tarot Card Readings and More on Twitch TV, although she may begin to play with the times. In order to score your free daily message from the tarot cards, be sure to follow her at http://www.twitch.tv/sephera666 so that you know when she comes online. For more about Sephera and her work and to sign up for her newsletter, check out her Web site at http://sepheragiron.ca.

If you live in Canada and want to share your news, send it to sephgiron@gmail.com.