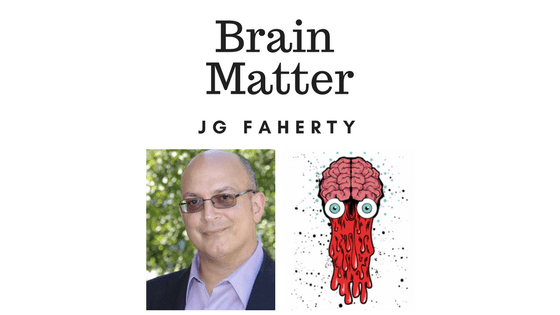 Do We Ever Know Our Neighbors?

I have lived on my street for seven years. My neighborhood comprises two long streets and three short ones, which together form a square within a square. All together, that’s probably somewhere between eighty and ninety houses.

Out of those, I know six families by name and there are another four where I don’t know the name of the people but I know the names of their dogs, because we nod, wave, and say good morning while walking them.

Out of that six who I know, one doesn’t count because I knew them before we moved to the neighborhood.

Among the rest, I would say I recognize most of them. I walk my dog three times a day, which gives me ample opportunity to see people pulling out of driveways, watering lawns, gardening, doing whatever. Plus the times I’m out in my yard doing things and I see people drive past.

So, what’s the point of all this?

This morning, while walking, I saw a car pull away from a house around the corner from me and it made me pause.

I’d never seen anyone who lived in the house before.

We knew they lived there. We know what cars they own—you see them in the driveway all the time. And sometimes one or the other car is gone, meaning they go to work, go shopping, etc. And a couple of times they’ve had company over, because their driveway and the road were filled with cars.

But we’d never seen them.

Technically, I still haven’t, because I was standing on the passenger side of the car as it went past, and it was only just sunrise, so I couldn’t see the woman’s face.

She and her husband—and their kids, if they have them—remain a mystery.

And that got me thinking. There have to be more than a dozen houses in the neighborhood where I’ve never seen even a glimpse of who lives there. The house on the corner, where we’ve been told a New York police officer lives with his wife and baby. He works odd hours; his car is gone all different times of the day and night. She doesn’t work, as evidenced by her car being there all the time. There are toys in the yard, and a tiny wading pool. Never seen anyone out there. Never see them take in or out the garbage cans, but they’re out every garbage day. Never see her leaving to go shopping.

I could go on and on.

Now, you might say this is not unusual, except in my case, it is. I work from home. I’m home every day. The windows of my office face the street. Like I said, I walk the dog three times a day. I do a lot of work in my yard. Coincidence alone says the odds are good that by now I should have at least seen every resident of the street at least once.

This, of course, gets my mind working. What are these people doing? Why don’t they come out? Remember the Tom Hanks movie THE BURBS? The neighbors ended up being cannibals.

What are my neighbors doing?

That question leads to another … do any of us really know what our neighbors are doing? What’s going on behind those closed doors? Are they terrorists? Swingers? Child pornographers? FBI agents stalking cybercriminals? Lottery winners who retired early? Vampires? Ogres?

Things like that tend to get the imagination boiling. It’s both a good and bad comment on society that we live like this. It’s good because I enjoy my privacy and couldn’t imagine living in a neighborhood where everyone knows everyone else’s business, where everything you do and say is public knowledge the next day.

At the same time, it’s bad. We no longer have a connection with the people around us. A few months ago, a man up the street died in his house, bled out right in his daughter’s arms, while they waited for the ambulance to come. She never called any of the neighbors for help because she didn’t know any of them. The man had lived in that house all his life (his adult daughter had only recently moved back in with him to help him during his illness) but he’d always been a loner. We knew him only as the old guy who smoked so much you could smell his house from the street.

This is the modern neighborhood, so unlike the one I grew up in where all the kids played together. On my street, I never see kids at each others’ houses. They come home from school and either play by themselves in the yard or lock themselves in their rooms to play video games. Unless you’re good friends with someone, no one comes over to help you fix the fence or build a shed. Or even jump start your car.

It does make for great story fodder, though.

What are all those people up to?

I’ll leave you with just one question:

How well do you know all your neighbors?

In other news, all of my formerly out-of-print novellas and novels are now available in hard copy and e-book, several of them with nifty new covers. There’s also an omnibus available, which contains seven novellas. You can find them all on my Amazon page (http://tinyurl.com/jgfaherty), along with all my other titles.