Ever since we “met” online a few years ago, Deborah L. Davitt has continued to impress me in many ways. Already a successful sf/f writer, Davitt was fairly new to the genre poetry scene. It didn’t take long for her to make a name for herself as a gifted multi-genre poet. This is the second occasion I’ve featured her, this time to talk about her new poetry collection. I know you’ll appreciate what she has to say about incorporating the contrast between dark and light in poetry. 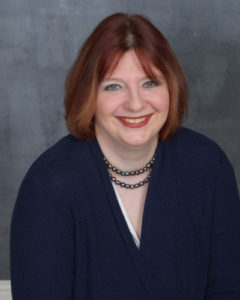 Deborah was raised in Nevada, but currently lives in Houston, Texas with her husband and son. Her poetry has received Rhysling, Dwarf Star, and Pushcart nominations and has appeared in over fifty venues; her short fiction has appeared in Galaxy’s Edge, Compelling Science Fiction, and Flame Tree anthologies. For more about her work, including her Edda-Earth novels and her poetry collection, The Gates of Never, please see http://www.edda-earth.com.

Passing Between the Gates

The Gates of Never is a collection of my poetry largely written and published in my first two years on the speculative poetry scene. And because I freely embrace the concept of contrast in all my work, it’s not entirely comprised of dark things. I feel that the dark is darker when there’s light around to … let you notice when it’s absent. And contrast is a useful little monkeywrench that I think tends to be left out of many modern artist’s toolboxes.

Oh, the individual songs were brilliant, but the whole, listened to as a contiguous work, left me drained and unfulfilled. There’s something to be said for emphasis and uniformity of theme in a given work, of course; you never want to leave your audience feeling like they’ve been pulled seventeen directions at once, either. But you also want to throw a rope down the well and pull them out after you’ve kicked them down there, too.

And so, as you pass into The Gates of Never, I take you on a tour of past and present, light and dark. Each “Gate” leads to works linked thematically. The Gate of Sandstone is linked to ancient mythology—Egyptian, Judaic, with even some brief glances at Chinese myth, as in this excerpt from the longer poem, “Dragon’s Teeth:”

Powdered malachite
spread over the body of the dead king
to speed his transformation
into a living god—
the coming of the wadj,
the green power:
(green powder glistens on dead limbs)
of vegetation, of living things,
viridity/virility.
The king has died into new life,
but even the gods die.
Osiris’ flesh is green with decay,
rotting, he brings new life,
never-ending cycle, life-death-life.

Half a world away,
a woman squats, straining,
sweat sleeking her body
as the midwife holds her up from behind;
she screams as the emerging head tears her,
slicking the ground with red.
The midwife’s skilled hands reach down
to catch the babe, but recoil
at the cold hardness she feels,
hard as a stone and just as cold,
but she braces herself and pulls the child free,
as the mother collapses, exhausted.

She wipes blood from the infant, trembling—
No wonder it tore its mother so, made of
jade, hard and unyielding, plates of it
like the burial coat of an emperor,
(guarantee against corruption, decay)
armoring its coils.
It opens its eyes and the midwife screams
as it bares its infant fangs
and creels urgently for food.
The mother, delirious, holds out her arms
and her infant coils around her body,
before latching onto her breast
to suckle blood and milk alike …

Subsequent gates might take you through ancient Greece, the Aztec world, and then, in the Gate of Wood, you’re into the realm of dark fairy tales, with their monsters, their danger, and their passion.

People have asked me, “Why are so many monsters? And why the focus on passion?”

And the answer simply is, that in monsters, we see the human soul. Our darkest preoccupations illuminate our nature. And in looking into the darkness, we also see its inverse–our aspirations.

Passion is certainly an aspiration; we all desire love. But it has a dark side, too—we see in these poems the human desire to abnegate ourselves from an I to a we … and the dangers this dissolution of the self presents, as in this excerpt from my sestina, “The Banshee’s Embrace,” first published at Zetetic: A Record of Unusual Inquiry.

“Sing to me,” she murmured in the ruins,
ragged webs of silk clinging to her form,
white hair drifting down over shadow-flesh,
not daring to speak above a whisper
for her breathless voice brought death with its sound,
“Sing to me, stranger, and I’ll let you live.”

Wordless, the fiddler scraped his strings alive,
harmonies echoing through the ruins;
she drifted in a dream woven of sound,
the music giving substance to her form,
The tatters of her wedding gown whispered
pale secrets as the music wrought her flesh.

Finally, we move to the present with the Gate of Steel, and then into the realm of science fiction and the future in the Gate of Stars, where instead of monsters as metaphors for the human condition, we might see in the moons of Jupiter and Saturn metaphors for human abuse:

A Mask of Ice

Out in the void,
where Jupiter’s radiation
gropes and fondles his favorites,
where the sun’s light
bathes an ice-strewn surface,
but cannot reach a captive heart,
Ganymede trembles.

Poor boy, stolen
from his family by eagle’s claws,
made to serve the king of the gods,
dandled, petted, used;
his beauty’s pockmarked, beaten now,
but under his careful, icy mask,
hides an ocean of liquid hope.

He conceals it,
pretends indifference to his lot,
sheathes his molten heart
in tetrahedral ice,
formed from the pressure
of four billion years’ bondage,
waiting for escape.

It’s a part captives learn to play:
we only boil inside,
awaiting the chance to flee,
while our hearts and faces
slowly turn to ice as hard
as a clenched fist.

Contrast. The monstrous beside the beautiful. The depths of our depravity alongside the heights of our aspiration. You can’t really examine the human condition without looking at all of its faces, from the past, to the present, and into the future.

Or at least, that’s what I like to think I’m doing. 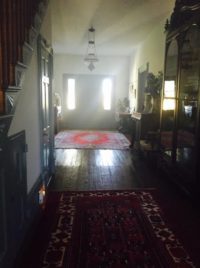 From the Trenches: Well, This Sucks

Books Coming Out This Month

Voices {From the North} – Quarantine Edition