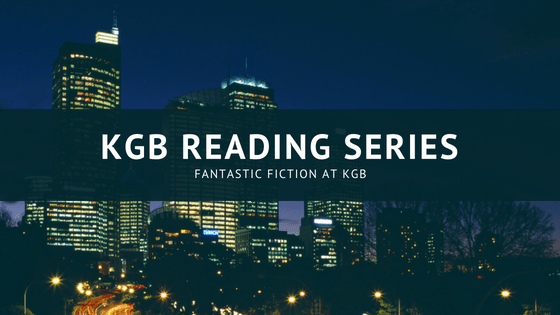 The first reader is Chuck Wendig, the New York Times bestselling author of Star Wars: Aftermath, as well as the Miriam Black thrillers, the Atlanta Burns books, Zer0es/Invasive, and Wanderers coming in July 2019. He’s also written comics, games, film, and more. He was a finalist for the John W. Campbell Award for Best New Writer, an alum of the Sundance Screenwriters Lab, and served as the cowriter of the Emmy-nominated digital narrative Collapsus. He is also known for his popular blog, terribleminds.com, and books about writing such as Damn Fine Story. He lives in Pennsylvania with his family.

Keith R.A. DeCandido, who is celebrating the 25th anniversary of his fiction writing career, will also be reading that night. His media tie-in fiction—which earned him a Lifetime Achievement Award in 2009—covers 33 different universes, from ALIEN to ZORRO. His original work includes stories set in the fictional cities of Cliff’s End and Super City, as well as the somewhat real locales of New York and Key West. His 2019 novels include Mermaid Precinct, the latest in his fantasy police procedural series; Alien: Isolation, based on the classic movie series; and A Furnace Sealed, launching a new urban-fantasy series taking place in the Bronx, where Keith currently lives with assorted humans and felines.