It’s Not a Season, It’s a Lifestyle by Greg Chapman

From 2016, here is today’s Best Of Halloween Haunts…

You all know my tale of woe. I am forced to live without the true spirit of Halloween because I live on the other side of the world. 🙁

But instead of crawling into my coffin when October comes around and crying myself to sleep, I bring the Halloween alive through fiction and art – all year round.

I may live in a town without any bonafide haunted houses, or urban legends (yeah pretty boring right?), but that doesn’t mean I can’t create my own.

I paint and draw and write all year round. Mostly I do it to relieve the daily monotony of my job (I work in public relations), but I’ve found that a lot of what I create is Halloween-centric, or can be tied back to the season. It must be some type of seasonal affective disorder; a way of getting through the fact that I can’t enjoy the northern hemisphere Halloween.

For example, the idea for my debut novel, Hollow House, came to me during the yard haunt last year. Not many Australians do the Halloween thing, but it is starting to catch on and last year we had about 200 people come by to look at our spooky graveyard. It was as I was looking around the neighbourhood that I thought, imagine if there was one house in your street that was abandoned and seemingly empty, but it infected all the other houses around it?

Halloween firmly planted the seed for that novel subconsciously, because who doesn’t like reading haunted house stories on Halloween, right? My novella, The Last Night of October (which was just re-released by Cemetery Dance) was a much more deliberate attempt at imagining the trick or treating adventure I never had as a boy.

I paint pumpkins and ghouls and ghosts to get me through the miniscule amount of Halloween cheer here Down Under. A lot of people think me strange, but it’s my creative outlet. Sorry, but I’d rather paint a werewolf than a landscape.  I mean I made my own horror-themed colouring book for crying out loud!

If you really don’t believe me when I say I have some sort of Halloween psychosis then consider this. A few years ago, I took the 12 Days of Christmas carol and put it through the bloody ringer, transforming it into the 12 Nights of Halloween, altering the lyrics and adding gruesome pictures. Unless I’m mistaken the said creepy carol might even make an appearance in this year’s Horror Writers Association Halloween special newsletter? Take a gander and let me know if you agree that I have a problem. 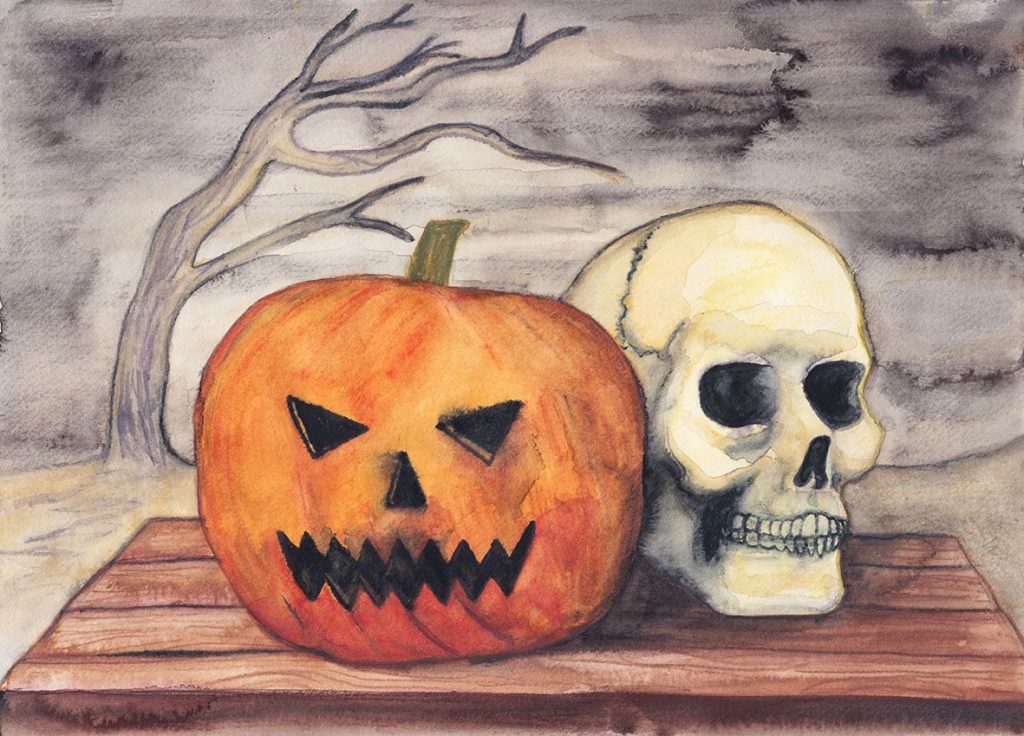 I’ve spent the last few years trying to figure out why I’m so crazy for Halloween. Basically I think deep down I’ve always been a horror kid, but it wasn’t until I met the Queen of Halloween (Lisa Morton) that I finally found my calling. 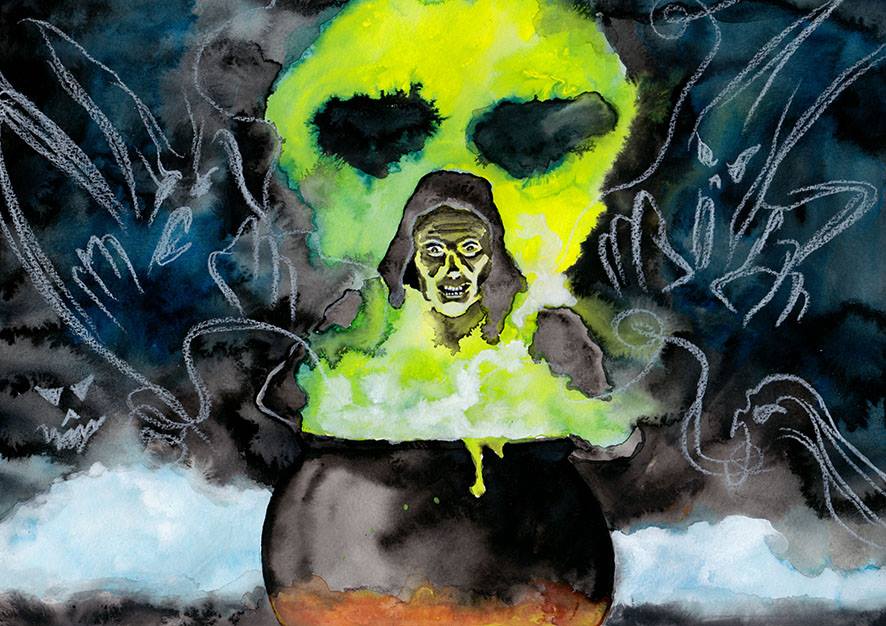 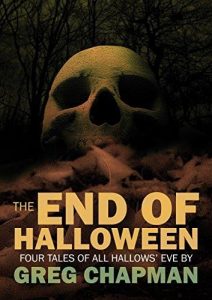 GREG CHAPMAN is a horror author and artist from Central Queensland, Australia. His writing exploits began in 2009 after he was accepted into the Australian Horror Writers’ Association’s mentor program, under the tutelage of Melbourne author, Brett McBean. Since then, he has authored the novel Hollow House, the novellas Torment, The Noctuary, Vaudeville and Other Nightmwares, and The Last Night of October. His comic book illustrations have appeared in Midnight 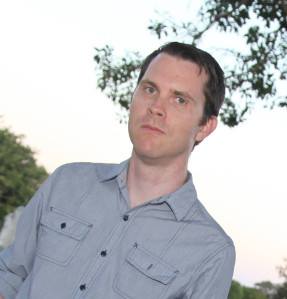 Echo, Decay and Andromeda Spaceways Inflight Magazine. His most notable illustrative work is the Bram Stoker Award®-winning graphic novel,Witch-Hunts: A Graphic History of the Burning Times, written by Rocky Wood and Lisa Morton, published by McFarland & Company in 2012. He is a proud member of the Australian Horror Writers’ Association and the Horror Writers’ Association. Find Greg on the web at http://darkscrybe.com