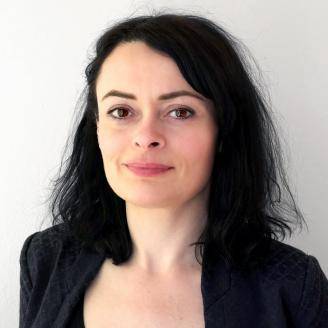 Jess Kidd was brought up in London as part of a large family from county Mayo and has been praised for her unique fictional voice. Her debut, Himself, was shortlisted for the Irish Book Awards in 2016. She won the Costa Short Story Award the same year. Her second novel, The Hoarder (published as Mr. Flood’s Last Resort in the U.S.), was shortlisted for the Kerry Group Irish Novel of the Year 2019. Both books were BBC Radio 2 Book Club Picks. Her latest book, the Victorian detective tale Things in Jars, has been released to critical acclaim. Jess’s work has been described as “Gabriel García Márquez meets The Pogues.”

Jess is currently working on her fourth novel and first children’s book. She is also developing her own original TV projects with leading U.K. and international TV producers. 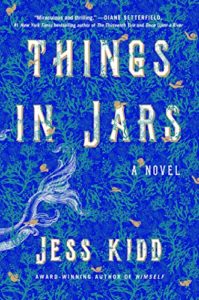 Recommended reading from: Things in Jars.

Bridie Devine—female detective extraordinaire—is confronted with the most baffling puzzle yet: the kidnapping of Christabel Berwick, secret daughter of Sir Edmund Athelstan Berwick, and a peculiar child whose reputed supernatural powers have captured the unwanted attention of collectors trading curiosities in this age of discovery.

Winding her way through the labyrinthine, sooty streets of Victorian London, Bridie won’t rest until she finds the young girl, even if it means unearthing a past that she’d rather keep buried. Luckily, her search is aided by an enchanting cast of characters, including a seven-foot tall housemaid; a melancholic, tattoo-covered ghost; and an avuncular apothecary. But secrets abound in this foggy underworld where spectacle is king and nothing is quite what it seems.

Blending darkness and light, history, and folklore, Things in Jars is a spellbinding Gothic mystery that collapses the boundary between fact and fairy tale to stunning effect and explores what it means to be human in inhumane times.

Jess Kidd can be found at jesskidd.com. 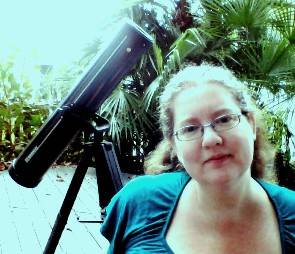 Octavia Cade is a New Zealand writer. She’s constantly bouncing between science and horror and can never decide which one she likes writing about best. Mary Shelley Makes A Monster (Aqueduct Press) is her second poetry collection and a finalist for the 2019 HWA Bram Stoker award® in the “Superior Achievement in Poetry Collection” category. Mary Shelley came about after she read a biography of the woman in question and started wondering how the monster would react to its actual creator and not that hopeless disappointment Frankenstein.

Her stories have appeared in Clarkesworld, Strange Horizons, and Shimmer, as well as lots of other places. She’s won three Sir Julius Vogel awards for speculative fiction writing. She attended Clarion West 2016 and will be the 2020 writer-in-residence at Massey University/Square Edge. She’s got three unpublished novels looking for a home and is currently in search of an agent. 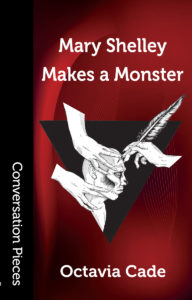 “The monster has no heart.
Mary has two.
There is the one she keeps in her bureau—
wrapped up in silk and parchment,
burnt about the edges and stinking of salt.
It is the heart of the man who was her lover
and it is less damaged than the heart inside her chest.
That is a mangled and un-pretty thing,
but she takes it out of her chest
sits it beside the other:
two hearts on a writing desk.
The vibrations send the papers flying.
The hearts are both shriveled and blackening, but hers
is about to bite and his just slumps there,
as though all its work was done in drowning.
There is no question which is the stronger.
Mary takes her own strong heart and puts it back
into the cavity behind her ribs.
The monster has to be loved, and with that lacking scrap
sitting in a silver box inside the monster’s chest
she will be able to love it.
(If she gave it her own heart it would rip her to pieces.)
(If she took his heart for her own,
grief would catch at her like undertow,
yank her down into deep water.)”

Ghosts of Harvard, her first novel, is part ghost story, part mystery and deals with the mental health issues in a sensitive way. As I have also just completed year one of my MA, Serritella‘s recognition of academic stress placed upon students, is vital, and welcome. 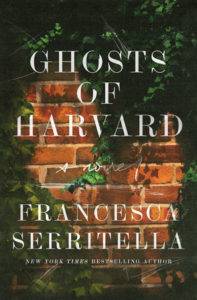 Recommended reading from: Ghosts of Harvard.

“Cadence Archer arrives on Harvard’s campus desperate to understand why her brother, Eric, a genius who developed paranoid schizophrenia took his own life there the year before. Losing Eric has left a black hole in Cady’s life, and while her decision to follow in her brother’s footsteps threatens to break her family apart, she is haunted by questions of what she might have missed. And there’s only one place to find answers.

As Cady struggles under the enormous pressure at Harvard, she investigates her brother’s final year, armed only with a blue notebook of Eric’s cryptic scribblings.

Cady spends the novel following the breadcrumb trail to find out what happened to her brother, but discovers the voices of three ghosts haunting her.” 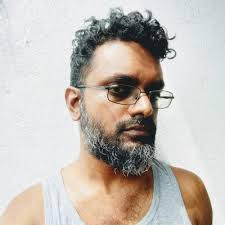 Vajra Chandrasekera is from Colombo, Sri Lanka. His work has appeared in Analog Science Fiction and Fact, Clarkesworld Magazine, and Nightmare Magazine, among others. He is an editor for Strange Horizons and works as a freelance editor for hire. 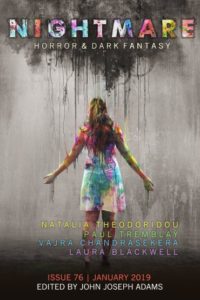 Recommended reading from: his short story “On the Origin of the Species” featured in Nightmare Magazine:

In the tower where the tax collectors go, I am taken blindfolded up steps and through passages and through interminable pauses in open spaces, myself stumbling and held upright through a firm grip on my upper arm. In those pauses, and sometimes in passing while we move, the master of that grip speaks to others, their fellow bailiffs. The content of these exchanges is indistinct to me, a mumbling burr that I can only distinguish from other noises as the recognizably unnatural rhythm of human speech. My other senses have muffled themselves in solidarity with my vision. My hands, tied behind my back, are cold and stiff and unfeeling. My bare skin is cold. The naked soles of my feet are chilled on rough stone.

Finally, my eyes are freed to a dark room. The first thing I do is retch, as if I’d been gagged. I fall to my knees and feel my hands being freed. The first thing I see as my eyes adjust to the near-dark is a circular trapdoor set in the stone floor before me, and though I’ve never seen it before, I know from rumour that it leads to the oubliette where money and traitors and deviants and tax resisters go to die. This is the heart of the terror of this tower, its greatest monstrosity, feared in thirteen cities and across the hinterland. My blood would chill if it were not already frozen. I am resigned, perhaps, because of course I knew this is how it would end for me.

You can learn more about Vajra Chandrasekera, his work, and his editing services here: http://vajra.me/ and follow him on Twitter: @_vajra.