We have some hot summer reading for you at The Seers’ Table this month! 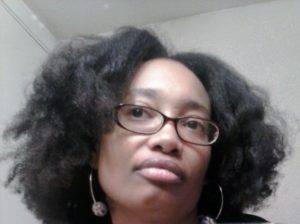 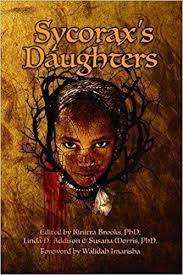 Tish Jackson grew up in the Bay Area and started writing in elementary school. She went on to crafting murder mysteries in high school, and the love of writing stuck. After graduating from an HBCU in New Orleans, she moved back home and continued writing, including a contribution to Brandon Massey’s Whispers in the Night: Dark Dreams III. Her story, “Cheaters,” is included in the 2017 Bram Stoker Award®-Nominated anthology Sycorax’s Daughters. Currently, Ms. Jackson is finishing a book of short horror stories about love gone horribly awry. She is married with two ridiculously smart kids.

Recommended reading: from “Cheaters:” But when I asked him tough questions like why his car was still in his ex’s name, his lengthy inadequate responses began to take on a stuttering quality. Soon our conversations started to blur into a loud white noise in my mind, filled with my silent contempt; all his murmurings began to blend into one big ass LIE! It started to feel like those words were circling around inside my head, going faster and faster until I wanted to scream at him to STOP but he wouldn’t, just kept going on and on like I was stupid and couldn’t tell the difference between the truth and a lie. I just wanted to stand up and STRANGLE the lies, throw it DOWN and STOMP on it, CUT him to PIECES— 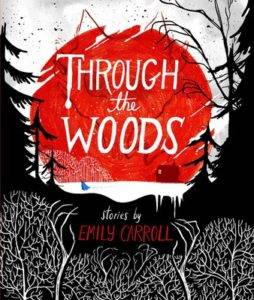 Emily Carroll was born in London, Ontario, in June of 1983. In addition to the many short online comics found at her Web site, her work has been featured in numerous print anthologies. Her anthology, Through the Woods was published in North America by Margaret K McElderry Books, and in the UK by Faber and Faber. She currently lives with her wife, Kate ,and their large orange cat in Stratford, Ontario.

Recommended Reading: Through the Woods. Discover a terrifying world in the woods in this collection of five hauntingly beautiful graphic stories that includes the online webcomic sensation “His Face All Red,” in print for the first time. Journey through the woods in this sinister, compellingly spooky collection. These are fairy tales gone seriously wrong, where you can travel to “Our Neighbor’s House”—though coming back might be a problem. Or find yourself a young bride in a house that holds a terrible secret in “A Lady’s Hands Are Cold.” You might try to figure out what is haunting “My Friend Janna,” or discover that your brother’s fiancée may not be what she seems in “The Nesting Place.” And, of course, you must revisit the horror of “His Face All Red,” the breakout webcomic hit that has been gorgeously translated to the printed page. 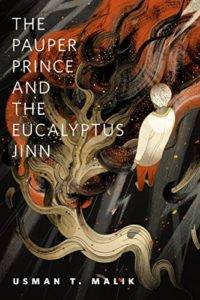 His fiction has won the Bram Stoker Award® and been nominated for the Nebula. His stories have appeared or are forthcoming in The Year’s Best Dark Fantasy and Horror, The Year’s Best YA Speculative Fiction, The Best Science Fiction and Fantasy of the Year, Year’s Best Weird Fiction, Tor.com, The Apex Book of World SF, Nightmare, Strange Horizons, and Black Static, among other venues. He is a graduate of Clarion West.

he came looking for a missing girl in Lahore Park one evening in the summer of 2013, this man known as Hakim Shafi. It was a summer to blanch the marrow of all summers. Heat rose coiling like a snake from the ground. Gusts of evil loo winds swept across Lahore from the west, shrinking the hides of man and beast alike, and Hakim Shafi went from bench to bench, stepping over needles rusting in bleached June grass, and showed the heroinchies a picture. Have you seen this girl, he said. For all his starched kurta shalwar and that brown waistcoat, his air was neither prideful nor wary. He was a very tall, bony man with stooped shoulders, a ratlike face, and thick whiskers. His eyes were sinkholes that bubbled occasionally, and when we said no, we hadn’t seen that girl, Shafi’s gaze drifted away from the benches, the park, the night sky. 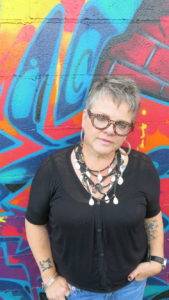 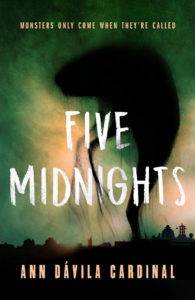 Ann Dávila Cardinal is a novelist and Director of Recruitment for Vermont College of Fine Arts (VCFA). She has a B.A. in Latino Studies from Norwich University, an M.A. in sociology from UI&U, and an MFA in Writing from VCFA. She also helped create VCFA’s Winter Writing Residency in Puerto Rico.

Ann’s first novel, Sister Chicas, was released from New American Library in 2006. Her next novel, a horror YA work titled Five Midnights, was released by Tor Teen on June 4, 2019. Her stories have appeared in several anthologies, including A Cup of Comfort for Mothers and Sons (2005) and Women Writing the Weird (2012), and she contributed to the Encyclopedia Latina: History, Culture, And Society in the United States edited by Ilan Stavans. Her essays have appeared in American Scholar, Vermont Woman, AARP, and Latina Magazines. Ann lives in Vermont, needle-felts tiny reading creatures, and cycles four seasons a year.

Recommended Reading: Five Midnights. Ann Dávila Cardinal‘s Five Midnights is a “wickedly thrilling” (William Alexander) and “flat-out unputdownable” (Paul Tremblay) novel based on the el Cuco myth set against the backdrop of modern day Puerto Rico. Five friends cursed. Five deadly fates. Five nights of retribución. If Lupe Dávila and Javier Utierre can survive each other’s company, together they can solve a series of grisly murders sweeping though Puerto Rico. But the clues lead them out of the real world and into the realm of myths and legends. And if they want to catch the killer, they’ll have to step into the shadows to see what’s lurking there? Murderer, or monster?

Learn more about her at: http://annhcardinal.com/. 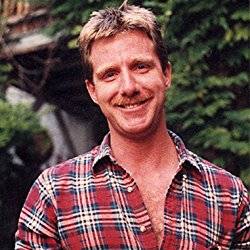 Jay B. Laws was a San Francisco playwright and writer. His work appeared in the New York Native, the Castro Times, Advocate Men, and Torso, and he won the 1986 Actors Alley Repertory grand prize for his play A Night for Colored Glass. In 1993, his second novel, The Unfinished, was published posthumously.

Steam was his first novel. It was nominated as Best Gay Science Fiction, Horror or Fantasy at the 4th Annual Lambda Literary Awards in 1992. Laws passed away on November 9, 1992 at the age of 34.

Recommended Reading: Steam (new edition). San Francisco was once a city of music and laughter, of parties and bathhouses, when days held promise and nights, romance. But now something sinister haunts the streets and alleyways of San Francisco, something that crept in with the fog to seek a cruel revenge …

This classic gay horror suspense tale by Laws finally returns to circulation. First published in 1991, at the height of the AIDS crisis, this allegory chronicles the early days of the epidemic. It features the glittery discos of the seventies and an ominous abandoned gay bathhouse, in what is now something of a time capsule. It was nominated for Best First Novel by the Lambda Literary Awards.

In this new edition, Jay’s brother, Gary D. Laws, provides context and reminiscence—as well as extensive quotes from Jay on what the author had in mind as he created this mini-masterpiece. Noted author Hal Bodner also pays tribute and provides context for the era reflected: a 1980s that suddenly turned dark and dangerous but one in which contemporary readers may know only through movies and urban legends, something Bodner seeks to set right.