Hyaku-monogatari kaidankai or, This Halloween, Why Not Tell a Hundred Scary Stories in the (Growing) Dark? By Kevin J. Wetmore, Jr.

Japan is a latecomer to the Halloween party.  Since the millennium the holiday has grown in popularity, mostly in Tokyo, utterly influenced by the representations of Halloween at Tokyo Disney and Universal Studios Osaka, and entirely among young adults. Trick or Treating is out of the question (violates far too many cultural taboos), so kids don’t get much opportunity to do anything, and many adults find it foreign and annoying (and messy). But for the young adults of Tokyo, it is an excellent occasion to party and engage in two of Japan’s favorite things: cosplay and street gatherings.  Roppongi used to be the place to be, but more recently Shibuya rivals the Village or West Hollywood for Halloween street parties.  The holiday is not very Japanese, but does reproduce the combination of horror and dressing up that one finds in the west.  There is, however, a fun Japanese tradition of telling ghost stories (in August, not October, however – nothing like getting chilled in the heat of the summer) in a group.  In fact, I have done it with friends in the United States and recommend it as a fun Halloween activity, especially for you writer-types that like stories. 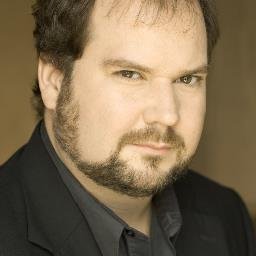 Hyaku-monogatari kaidankai (literally “A Gathering of a Hundred Ghost Stories”) is a game supposedly invented and played by young samurai during the Tokugawa period to demonstrate one’s bravery.  First mentioned in Tonoigusa (1660) also called Otogi Monogatari (Nursery Tales) by Ansei Ogita, the game involves lighting a hundred candles, sitting in a circle, telling ghost stories, and blowing out one candle after each story so the night gets darker and darker as the game goes on.  By 1677, the term “hyakumonogartari” (one hundred stories) was in common use and showing up in the titles of books such as Shokoku Hyakumonogatari, (“A Hundred Tales of Many Countries”).

In the samurai version of the game, at the time of the new moon (or Halloween), the evening should be spent in three rooms in an “L” shape. The first room is the one in which the participants sit, the second room is a passageway through to the third room where the candles are lit.  Thus, not only does one have to continually tell and hear scary stories, one must then leave the group after each one that you tell and go to another room to blow out the candle.  Remember, it began as a test of bravery.  On a table in the center of the candle room put a mirror, and after blowing out a candle, look in the mirror.  Supposedly any spirits present will be visible.

In the more modern version (one that you can do in, oh, say, an apartment in Los Angeles that is not in an “L” shape), the participants gather after sundown.  One hundred candles are lit (to be honest, this is the longest, most tedious and dangerous part of the event – gathering a hundred candles that can burn for hours, lighting them and putting them in safe places with a crowd of people drinking and telling stories.  Candle placement is vital for safety and the author of this article takes no responsibility if you burn your domicile and your friends down).  Have drinks and finger foods available.  Once everyone has arrived and is in place, turn out all the lights so the only light source are the candles.

Begin to tell scary stories.  They don’t need to be long. (I think the first time we did this one of mine was, “Once upon a time a ghost clocked out of the house he haunted, decided to walk home, and on the way – HE WAS MUGGED!  The end.”  – Still counts.)    Take turns – go around the circle.  Some folks read weird poetry.  Some folks share true stories from their own experiences, or that of friends and family. Some folks make things up on the spot, still others summarize Poe or Lovecraft or King.  After each story or poem or anecdote, the teller blows out a candle.  When the last candle is blown out, any spirits present are supposed to manifest.

Okay, so no ghosts appeared when we blew out the last candle.  But it was a really cool experience to do it. It took us about four hours to tell all one hundred stories.  As you expect, the room gets warmer as the game goes on, but also darker.  I can’t recommend using scented candles as the smells start to blend and it gets weird and feels like you’re playing a drinking game in a bag of potpourri.  There is a shared sense of eeriness and fun.  Supposedly playing the game opens up a window into the spirit world, and if horror movies have taught me anything, it’s that playing games that open windows into the spirit world cause nothing but trouble, death and sequels. However, as a survivor of a few hyakumonogatari, I highly recommend the experience as something different to try.

So Happy Halloween, my fellow lovers of the dark, and allow me to encourage you to try ahyakumonogatari kaidankai.  Get some bottles of sake (or merlot, or whiskey, or rum, or iced tea or whatever you prefer to use as libation at social gatherings), invite a dozen friends over, light a hundred candles and begin to blow them out one at a time as you tell scary stories in the slowly darkening room.

BIO:  Kevin Wetmore is a professor of Theatre Arts, an actor, director stage combat choreographer and award-winning author. He writes a good deal about popular culture, horror, science fiction, and their relationships to the larger social context.  He is a proud member of the Horror Writers Association and an author of numerous short stories as well.A Connecticut Yankee now living in Los Angeles with stops on the way in the U.K. and Pittsburgh, Kevin also writes extensively on the film and theatre of Japan and Africa. He has also written about Star Wars, Star Trek, Battlestar Galactica, Shakespeare, Kabuki, zombie movies, and post-9/11 horror. He has more degrees than a thermometer, but hasn’t let it go to his head. He hopes you enjoy his work, learn from the non-fiction and delight in the fiction.

2 comments on “Hyaku-monogatari kaidankai or, This Halloween, Why Not Tell a Hundred Scary Stories in the (Growing) Dark? By Kevin J. Wetmore, Jr.”