Halloween Haunts: Staying at the Monster House by John Palisano

A wonderful connection between songwriting, filmmaking and writing.

After several years in semi-retirement, this late summer I put on my filmmaking hat in order to help my favorite holiday: Halloween. My longtime partner Fawn spent the past year recording a new record of original Halloween songs and needed me to help her shoot not one but two music videos. Wow. It’d been so long since I’d been in the mindset to take on such a huge shoot, from concept, to shooting, to editing, to post-production and distribution.

For her first music video, “Monster House,” we broke out her green screen and soft light kits. The green screen is the properly tinted fabric, and needs to be hung on its frame just right, and lit evenly, in order for the action to be keyed out properly. I was nervous with this, as it’s been almost a decade since I’ve shot anything of that magnitude. 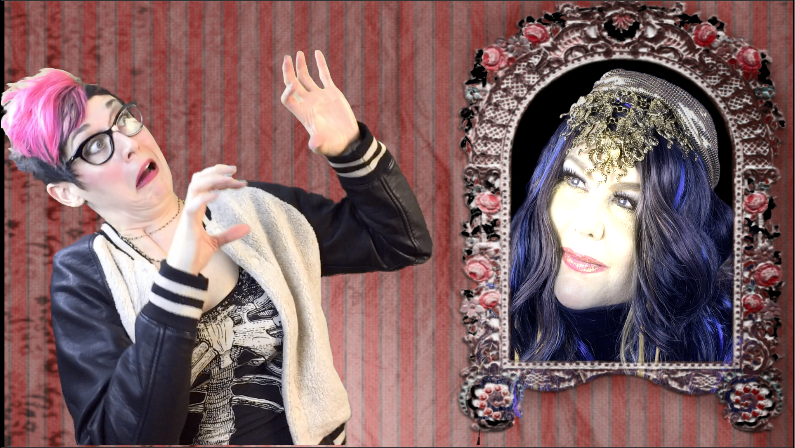 On top of that, I’d be doing Fawn’s special effects makeup. No pressure! The very first night I was to make her up as a zombie and a witch. For the zombie, I used liquid latex, cotton, and tissue. It’s a trick I learned many years ago in Dick Smith’s phenomenal make-up book. Second, I had to apply a full face foam latex appliance to turn her into a really ugly witch. The adhesive was tricky, but I managed to get all the edges down smooth. It worked!

I’d chosen to shoot with the iPhone 6S, as it is capable of shooting up to 4k. That’s more than double the resolution of the first Panavision digital cinema cameras that were being used for feature films not too long ago. A few camera tests proved to me it would be good, and that there’d be enough resolution to properly pull green screen footage, and also to look good. I’m beyond thrilled with the phone as camera, although I learned very quickly that it’s similar to old reversal motion picture film in that it needs a whole lot of light to look good and sharp. Underlit shots get grainy fast.

So how does this all tie in to writing? This is, after all, a blog and an organization about writing.

It all starts with the words.

In this case, it was Fawn’s lyrics. From there she brought them to life, first with her piano demos, and then, ultimately, with musicians and collaborators around the world who flesh out her ideas into these mini-epics. Then she decided on which videos to portray. She writes out detailed shot lists, and then we discuss how to bring them to life.

Shooting is its own world, and it often feels a lot more like being a construction worker than doing anything creative, in my opinion. That’s the big reason I left that aspect of filmmaking. Never cared for it, and I mostly left the shoots only having realized a small portion of what I’d dreamt up.

Several years ago things got interesting. The miniaturization of high quality cameras and production gear meant you could capture scenes easier, and with fewer people. It truly felt more like you were sketching or writing down an idea. 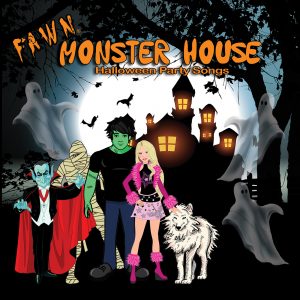 Where things get really interesting are back in front of the editor and effects programs. There have been studies that show editing video uses pretty much the same areas and skills of our thoughts as writing or painting, or playing music. That makes sense, because putting shots together—the right shot, for the right amount of time—feels almost the same as finding the right word in the right place. Just like writing, it’s best to let your first passes sit before going back to them. You clean them up. You tighten them up until you get those fleeting thoughts in your head solidified and magically transferred into a medium you can share with others.

Now, with the videos almost being released worldwide, we can all have just a little bit more Halloween bliss to sing and dance to.

TODAY’S GIVEAWAY: John Palisano is giving away one free CD copy of MONSTER HOUSE. Comment below or email membership@horror.org with the subject title HH Contest Entry for a chance to win.

Bram Stoker Award® winning author John Palisano is currently serving as the Vice President of the Horror Writers Association. His non-fiction has appeared in FANGORIA and DARK DISCOVERIES magazines. He won the Bram Stoker Award© in short fiction in 2016. He’s got a pair of books with Samhain Publishing, DUST OF THE DEAD, and GHOST HEART. NERVES is available through Bad Moon. STARLIGHT DRIVE: FOUR HALLOWEEN TALES was just released in time for Halloween, and his first short fiction collection ALL THAT WITHERS is due out soon from Cycatrix press. John Palisano’s short stories have appeared in anthologies from PS Publishing, Terror Tales, Lovecraft eZine, Horror Library, Bizarro Pulp, Written Backwards, Dark Continents, Darkscribe, DarkFuse, Dark House, and many more.

2 comments on “Halloween Haunts: Staying at the Monster House by John Palisano”