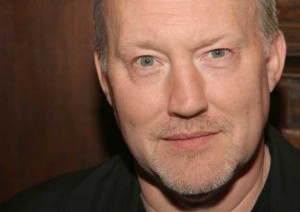 He has also compiled Exorcisms and Ecstasies by Karl Edward Wagner, The Vampire Stories of R. Chetwynd-Hayes, Phantoms and Fiends and Frights and Fancies by R. Chetwynd-Hayes, James Herbert: By Horror Haunted, Necronomicon: The Best Weird Tales of H.P. Lovecraft and Eldritch Tales: A Miscellany of the Macabre by H.P. Lovecraft, The Complete Chronicles of Conan and Conan’s Brethren by Robert E. Howard, The Emperor of Dreams: The Lost Worlds of Clark Ashton Smith, Sea-Kings of Mars and Otherworldly Stories by Leigh Brackett, The Mark of the Beast and Other Fantastical Tales by Rudyard Kipling, Basil Copper: A Life in Books, Darkness Mist & Shadow: The Collected Macabre Tales of Basil Copper, Pelican Cay & Other Disquieting Tales by David Case, Scream Quietly: The Best of Charles L. Grant, Curious Warnings: The Great Ghost Stories of M.R. James, The Lost Novels of Bram Stoker, Clive Barker’s A-Z of Horror, Clive Barker’s Shadows in Eden, Clive Barker’s The Nightbreed Chronicles, The Hellraiser Chronicles and volumes of poetry by H.P. Lovecraft, Robert E. Howard and Clark Ashton Smith.

His more than 125 published books have been translated all over the world. A Guest of Honour at the 2002 World Fantasy Convention in Minneapolis, Minnesota, and the 2004 World Horror Convention in Phoenix, Arizona, he has been a guest lecturer at UCLA in California and London’s Kingston University and St. Mary’s University College. You can visit his web site at www.stephenjoneseditor.com. (Photo by Peter Coleborn)

HWA President Rocky Wood said, “This is the second year in three we have recognized an Editor with the Lifetime Achievement Award – editing is a crucial skill in our genre, where anthologies regularly showcase the best of horror writing. Stephen Jones, in his capacity as editor of both the annual Best New Horror series and as editor of dozens of stand-alone anthologies and author of nonfiction titles, has had a profound impact on the genre and we are pleased to recognize him with our genre’s highest award.” 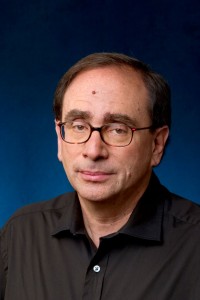 R.L. Stine is one of the best-selling children’s authors in history. His Goosebumps series for young people has sold over 300 million copies in this country alone and has become a publishing phenomenon in 32 languages around the world.

The original Goosebumps TV shows are still shown on TV and on Netflix, and a Goosebumps feature film is currently in production. 2014 marks the 22nd anniversary of Goosebumps, which means that he has frightened several generations of kids. Many of his original readers are now in their twenties and thirties and have been enjoying his adult horror novels, which include Red Rain, The Sitter, Eye Candy and Superstitious. Eye Candy is being developed by MTV as a TV series starring Victoria Justice, to begin in January.

The Fear Street teen horror book series, which was published from 1989 to 1995, is being revived. R.L. will write six new novels, the first to be published this October.

R.L. Stine lives in New York City with his wife Jane, an editor and publisher.

“For millions of young readers,” HWA President Rocky Wood noted, “R. L. Stine IS horror. His books have shared the fun and thrill of being scared with children, teenagers, and adults worldwide for the past twenty-five years. Whether his readers went on to become lifelong fans of the genre or eventually moved on to books with fewer evil living ventriloquist dummies, the influence of Mr. Stine is vast and undeniable. His efforts to thrill generations are greatly appreciated by the Horror Writers Association, and it is with respect that we present him with the Lifetime Achievement Award.”

The Lifetime Achievement Award is the most prestigious of the Bram Stoker Awards, given by the HWA in acknowledgment of superior achievement not just in a single work but over an entire career. Past Lifetime Achievement Award winners include such noted authors as Stephen King, Anne Rice, Joyce Carol Oates, Ray Bradbury, Chelsea Quinn Yarbro, Ramsey Campbell and Peter Straub. Winners must have exhibited a profound, positive impact on the fields of horror and dark fantasy, and be at least sixty years of age or have been published for a minimum of thirty-five years. Recipients are chosen annually by a committee.

The LAAs will be presented on May 10th as part of the Bram Stoker Awards Banquet at the World Horror Convention 2014 in Portland, Oregon.