Halloween Haunts 2013: Five Films You Should Be Watching This Halloween Season by Brad C. Hodson

If you’re anything like me, your interest in the horror genre explodes every October. You set aside the Michael Chabon or Nick Hornby you’ve been reading for Stephen King or Peter Straub. The indie or classic rock of summer that’s been playing from your speakers is slowly replaced by Phillip Glass or The Dead Can Dance. And your movie viewing returns to the old standbys: The Shining. The Exorcist. The Amityville Horror.

And why not return to those films? There’s a reason that the classics are the classics, after all. But even the most diehard Halloween horror movie viewer can fall into a routine and miss out on some amazing films. So like a child putting on a new costume and venturing out into the dark in hopes of a treat, why not try some new (and not so new) films that you might not have seen before?

Any horror fan worth their spirit-repelling salt knows of the Henry James classic The Turn of the Screw. But the brilliant 1961 adaptation by Jack Clayton has largely been forgotten. If you haven’t seen this film, do so now. Clayton uses shadow like a master painter to bring this classic story to disturbing light. Several filmmakers were inspired by this film, from Robert Wise in his 1963 adaptation of The Haunting of Hill House to Kubrick’s adaptation of The Shining. The inspiration continued decades later, as the Nicole Kidman film The Others is an homage to this unnerving film.

With a screenplay by Truman Capote and a fantastic (if somewhat dated) performance by Deborah Kerr, The Innocents may not make you jump out of your seat, but it will give you make you scared of the dark.

A clip from “The Innocents”

The Eclipse is hands down one of my favorite horror films of the past few years, if not all time. Written and directed by legendary Irish playwright Connor McPherson, The Eclipse is a strange and unsettling film. It’s also a brilliant and sad film about loss. Ciarán Hinds, who received critical acclaim as Julius Caesar in HBO’s Rome, gives another unforgettable performance as a widower who begins seeing the ghost of his father-in-law. What makes this stranger than your average ghost story is that his father-in-law is still alive.

The Eclipse isn’t just a great ghost story. It’s a great film, period. If you have genre snob friends who don’t understand why you like horror films, this would be the film to show them.

The trailer for “The Eclipse”

THE LAST WILL AND TESTAMENT OF ROSALIND LEIGH

On the subject of strange horror stories…

The Last Will and Testament of Rosalind Leigh is a beautifully shot movie that brings the discipline and aesthetics of film to a movie shot on video. That may not mean much to the non-film-geek crowd who just want a good movie, but trust me when I say this deliberately paced little gem is claustrophobic and builds tension like a slowly winding clock spring.

Rosalind Leigh’s accomplishment as a weird and original horror movie is made more impressive by the fact that you’re watching one actor in one location for almost the entire film. With an elegant narration by Vanessa Redgrave, the movie builds perfectly to an ending that you not only did not see coming, but have never seen in a film before. Even if you dislike this movie, it should provoke some interesting discussions when it’s over. But I can’t imagine how you could dislike it.

The trailer for “The Last Will and Testament of Rosalind Leigh”

The master of the weird ghost story is indisputably M.R. James and his seminal piece, “Oh Whistle and I’ll Come to You My Lad” has been adapted twice for the BBC. The first was in 1968 and, while incredibly slow paced by modern standards, is very moody and atmospheric. It also contains the single strangest and most disturbing ghost I’ve ever seen in a horror film. Even the oh-so-weird Japanese and Korean horror films can’t touch that… thing on the beach. And considering the ghost was created entirely with 1960’s practical effects and sound makes it even more of a head scratcher.

The 2010 version, while nowhere near as strange, is much better paced for a modern audience. While it takes some liberties with the original story (this version is also about loss and shares some similarities with The Eclipse), it’s surprisingly effective. Starring the legendary John Hurt, this film makes you feel like phantom fingers are moving down your spine at any moment.

Unfortunately, both films are hard to find outside of the UK.

Did I cheat by having the fourth and fifth film be adaptations of the same story? Well, how about a bonus round of some other great films that have flown under the radar recently to make up for it? 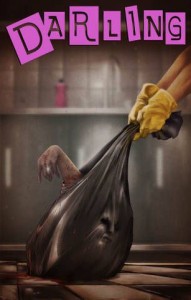 The Haunting of Julia (aka Full Circle)—based on the novel by Peter Straub. Sorry, no trailer available on Youtube, but this has recently resurfaced on NetFlix and various cable On Demand menus. Starring Mia Farrow.

The Changeling (1980)—starring George C. Scott, this creepy haunted house mystery introduced us to the ball on the stairs scare.

Black Death—This incredibly dark, violent, and nuanced film unfortunately got neglected due to the release of the Nicholas Cage crapfest Season of the Witch around the same time. Forget Cage’s film and watch this one instead.

House of the Devil—Ty West’s period piece was shot on 16mm and, if you didn’t recognize the actors, looks as though it could have been made in 1981 (which was West’s entire point).

BRAD C. HODSON has written dozens of short stories and is also the author of the novel Darling. He also co-wrote and produced the ultra low-budget cult film “George: A Zombie Intervention.” You can check out more of his work at http://www.brad-hodson.com

6 comments on “Halloween Haunts 2013: Five Films You Should Be Watching This Halloween Season by Brad C. Hodson”