Last year, I described what fear was for me. It has never been that which I see, the visceral and horrid depictions on a TV screen, but always in those moments of reflection that follow. Often, when we are all alone, is when fear strikes. What if some monster waits for me around that corner? What if I don’t make it home from my friend’s house alive? What if, indeed? There will always be “What if’s” to threaten our thoughts.

What I wanted to share with you this year, and mostly because a few early readers of my latest collection FRESH CUT TALES have found it interesting, are the details that make up a story. My goal is to dig into the core of the story, reveal for you its anatomy. For this task, I chose a story whose background my readers have most interesting, a story that first appeared in the Post Mortem Press anthology TORN REALITIES. This is detailed in brief at the end of my latest collection, but here I offer a more elaborate telling of how “In The Shadow of The Equine” was born. 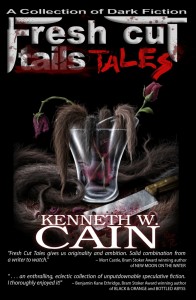 Many years ago, a friend of mine had a boat, and we would travel several miles out into the ocean to fish. We often headed to the coast of Assateague Island in search of flounder and rock bass, with hopes our catch would be bountiful. Other than wetting my hook, I was offered my first glimpse of an island that brought me great wonder. A small statue graced the island and the occasional tourist boat would pull ashore, the only means of reaching the island. There, people armed with large cameras and bagged lunches would feed the wild horses sandwiches, chips and other goodies, in their continued pursuit to ruin anything so natural and untouched by man. It amazed me, not only what the people were doing, but also the equine species that roamed the island free and confident. It was a story I tucked back into the recesses of my mind, never knowing I would someday utilize it.

This is what I do most often, tuck ideas and concepts away, strange things I have seen or heard. I keep a vast log, a virtual bank I can draw from at any given moment. They sit untouched until enough ideas cling together like two magnets, and form something larger than life itself. This is my process, and like many others, this detail sat waiting.

The first detail added to my story of Assateague Island was discovered only a couple years later, while attending a canal festival. From that event I gathered many ideas, but the one that stuck was a detail of how the men who scavenged the canal for sturgeon, to reap their eggs for caviar, would use long ores to vault from one side of the canal to the other. They kept these ores stored in a small lighthouse-like structure; one I thought would suit my internal equine island quite well. This became a good basis, although I hadn’t been writing at the time. The framework for the story stayed in my head until some twenty or so years later, when I started to write again.

When things come together, you just know it. So what happened one day while sitting at my computer, and I saw a photo of Joe Hill (Stephen King’s son) on Twitter. Joe wore some sort of bright-green octopus, maybe even Cthulhu himself, upon his head. This image, although funny, struck a cord in my thoughts, although I had yet to know just why.

Later that night, as I lay in bed dreaming, conceiving some of the first stories in my quest to write, I recalled one of the covers in King’s graphic novel THE STAND: CAPTAIN TRIPS series. With that image firmly in place, my nightmares came to life. I saw an elderly man stalk toward me with a horrible creature secured to his head, hands outstretched, and he meant to make me one of them. No, it wasn’t me he intended to transform, and then glancing to my side, I saw my son. I jolted awake, my story born, drawn from life itself and given breath by my own trepidation.

So I’ve finished, but I don’t want you to leave without something for your thoughts to chew upon. So here is an excerpt from “In The Shadow of The Equine”…

It looked like a small starfish or perhaps a tiny octopus, but neither image of those creatures fit what I was seeing. This creature didn’t struggle for breath, as any sea critter would in an effort to exist out of water. Not only this, but where I once thought it a separate entity clinging to the elder man’s skull, I stood corrected, seeing the infernal damnation had somehow attached itself to the man. Had I been able to pull myself away from this astounding visual, I might have seen the younger man suffering an equal fate.

I burst forward through the crowd, shaking away my shock and dismay in an attempt to help the man. I took him into my arms and tried to ease him to the sand. However, we never reached the ground. The man stiffened like a board and with defiance, stood before us. To my utter surprise, he spoke.

“Now you see the failings of mankind has forced God’s hand! He recruits me to do his bidding.”

His tone was far deeper than before, far more convincing. The creature upon his head moved and I shivered when its two precarious glowing eyes found me with a dull-red gaze. They continued to scan the rest of the crowd before closing, as if praying for their souls.

“Listen to our brother.” The younger man that moments earlier had attacked the preacher now stood by his side, lifting his arms in praise. “I have seen the error of my ways. Be with us. Join us under God’s protection.”

The elder man opened his arms to the hesitant crowd and I found myself backing away toward Parker, wanting nothing more than to escape this madness. As I retreated, I swayed my hands out behind me, searching for my boy. When my hand brushed against his arm, I could tell that he was on the move.

I seized Parker, wrapping my arms around him, and held him back from joining the others. To me it seemed as though he was in a trance, not only dazed by the scuffle, but also by the creatures attached to these men. Being skeptical, I was not one to place my faith so blindly. Instead, I watched as a friend of the elder man, the apparent majority of campers this night, joined him by the water.

This woman bowed before him, allowing him to push her down on her knees. “I’m with you, Abraham,” she said willingly.

Abraham bent and scooped up some of the still ocean water into his palms. The liquid was alive in his hands. I saw the creature writhing and twisting, anxious for a place upon the woman’s crown. With great care, Abraham rested the creature upon her head and within seconds it had attached itself there with an audible sucking noise.

With little more than a hint of pain, a twinge and nothing more, she stood and opened her eyes. The creature seemed to sense this and did the same, glowering upon the crowd for the first time from this vantage point. Then the creature’s eyes closed, as if entering deep thought, and she sidled up beside Abraham.

“I feel his kindness,” she said. “He is upon me, part of me. Do not be afraid, brothers and sisters.”

One by one, the people who had come to this place with the weathered old man took a knee before him. They allowed Abraham to fetch a sea creature and place it on their heads, as if he were knighting them into God’s kingdom. After each crowning, they took their place at his side and spoke of their conviction.

I lingered, my son in my arms, both of us unable to pull away. I was terror-stricken and rooted to this place in the sand. In the background, waves crashed upon the shoreline of the nearby island, sounding faint and distant. The statue leered down at us and I saw it then as a thing of sacrilege upon this Earth, a glorious golden calf. I shook my head and at second glance I was able to return its form to that of a great stallion. I sighed with relief.

Beyond the statue, a single horse looked our way. This was the reason we’d come. Yet, as it graced us with its presence, we were unable to stop gawking at the oddities unfolding nearby. A shiver of cool washed over me, as I realized the sun had set. We were now in the darkness of the ancient stone lighthouse, which shrouded the campsite in its eerie shadow. If it weren’t for the fact that the lighthouse lantern no longer functioned and its entrance had been locked, I might have run there, but I had yet to find the ability to leave. 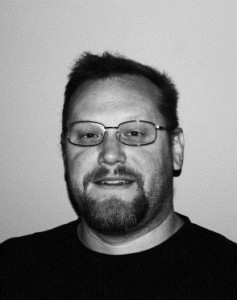 When darkness appears, so will those things that stay hidden during the day, anxiously waiting for you to stumble upon them. And when you do, you will find yourself immersed in a world so bizarre and strange. Will you escape unscathed? Or was it all just some horrible nightmare?

Available through most online stores. Find out more and where to purchase FRESH CUT TALES at: